Don't be too awkward 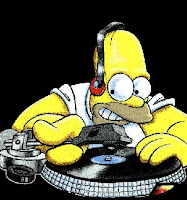 Out of the blue, I heard the other day from someone I worked with years ago.  I was a young Programme Controller back then, he was a jock.  Talented.  Likeable. Ratings-puller.  He also chose to be very awkward from time to time.  And, by that, I mean ‘chose’.  It was part of his off-air act; albeit I was a little too busy back then to play his games.  One day, he stormed off in a huff.  Literally.  Out of the studio, and off he went.  I think I was supposed to call and see where he’d got to, but I let him stew.  He came back. Thankfully, we liked each other a lot.

His touching note the other day said some lovely things and suggested he wished he’d been ‘more mature’ to enjoy the days we shared.  Ah, as so often in life, you don’t notice something ‘til it’s gone.  I also heard a few years ago from another very talented guy I’d found as a newbie.  He’d also been ‘difficult’ from time to time and thoroughly unreasonable.  The clever kid in the class who knows how to wind you up and is clever enough to ask eminently justifiable questions in the wrong way at a particularly unhelpful time.  But in later life, as a manager himself, he conceded to me that he realised what I’d had to put up with.

As a spotty jock, I remember getting annoyed with my Programme Controller.   I slammed the door and ran down the stairs, arms flailing, telling him he was ill-equipped to run a drunken night in a hostelry.  Rather than rise to the bait, he took me to the Farmhouse Kitchen (remember those?) and bought me some fish fingers and a coffee.  I confessed maybe I had been a little uptight; and he told me to play some of my favourite songs to cheer myself up.  Not a remedy, I suspect, which would be dispensed freely nowadays in too many stations.  I felt guilty, and that likely had been the goal.  We all lived happily ever after.  I was young, just as so many presenters are. One looks back and cringes.
Who knows the answers to all this stuff?  No-one.  Every manager is different; and thankfully every presenter is too.  Similarly, both make huge cock ups from time to time.   The only certainty in life is that most jocks don't read emails properly and blame someone else.
Radio is a silly job really, isn’t it?  You sit in a room, insulated from the rest of the world; talking about yourself to people you don’t know.  You give of yourself and emerge spent. Your future is only certain for a matter of months. You work silly hours; and rarely have a full weekend off.  You’re surrounded by people who want your job.  You are constantly being judged with every word you say; and that judgement when delivered is hugely personal.  When a listener or boss or colleague criticises your product – or even simply your station – it hurts. When someone you bump into innocently shrugs, smiles almost proudly and says "I don’t listen to your station", it can feel as though they are saying "I really don’t like you at all".  That's why, even though some people might think you think you are just ego-driven, actually you're quite a nice guy; sometimes even quietly paranoid and worried.  But. Sssh. That insecurity is a secret.
So, is presenter behaviour really puzzling at all?  I include my own.  Let’s be honest, we have a little licence to behave oddly.  Maybe it’s a cliché, or simply post-hoc rationalisation, but the same brain which produces those spontaneous funny remarks day after day is probably the same fertile mind which finds it difficult to behave thoroughly constructively once back through the big thick door.
Provided the scales are tipping the right way and you are delivering, then a manager will likely put up with a touch of awkwardness. And when you are very successful, you are maybe even allowed to be particularly challenging now and again.  But, when the going gets tough, and Rajar can throw up a puzzling result now and again even for quality talent, it’s handy to have your manager on your side. They will likely have to defend you to others.  Invest a little co-operation and tolerance in your own future.
A boss will likely find it easier to wave farewell to someone who’s been awkward, if there is any choice at all.  Look at the great survivors in our industry.
Remember the deal too. You come to work and do your stuff - and they give you money. That’s the way it works. It is not voluntary work. If they want you to do your show wearing green stockings and a fluffy pink hat and start every link with a word beginning with G, then they can really.  You can choose to go elsewhere at the end of the contract.   Yes, you may wish to programme the radio station differently, but that’s not the job you’ve been cast for.  Let’s remember there is no one way of doing successful radio: open dialogue in the right forum is great, but it’s wise to accept when the route differs from the one you might have chosen.  You certainly will not be the only jock to feel that the songs you are playing are crap.

Your career is important, but remember, whilst you are moaning about someone not telling you something, or being asked to do something you don't fancy, someone else in your office is likely worrying about whether they can afford to send their kid on a school trip they were in tears over last night; or about whether their father will live.
Many of us have been on the wrong end of that ‘we don’t need you any more’ conversation.  Sometimes the decision about you is thoroughly flawed.   Tempting though it is to vent months of frustration, most people would agree it’s preferable to bite one’s tongue.  Until it bleeds.  The person you feel like slapping may be a future boss, and will likely know your future boss at the very least.  A single cathartic day can carry a heavy price.  Thankfully, there are more professional operators in this business than unprofessional and isn’t it nice when you have earned the reputation to be trusted to do your ‘last show’.
One great part of our job is meeting ‘famous’ people; sometimes people we’ve admired for ages.  Some are humble and co-operative; others are up their own a++.  When you meet, that individual goes up or down in your estimation.  How do you remember them afterwards?  How would you like to be remembered?
Yes, yours is a really tough job, tougher than most people realise. So is your manager’s.

Follow me on Twitter @davidlloydradio. Grab my book 'How to Make Great Radio', available from Biteback
at June 20, 2012