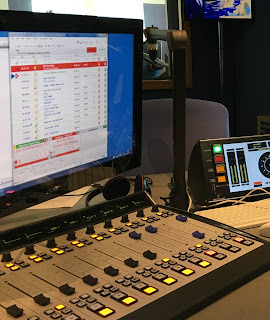 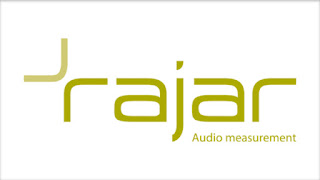 One great thing about being liberated from a day job is no longer being held responsible for Rajar figures.

We know that the clever folk at Ipsos Mori and Rajar do fine work in generating the most reliable data they can but, in the words of someone high up who shall remain nameless, as each adjustment to the methodology is made, it is but a piece of sticking plaster to help the currency survive a little longer.

There are alternatives – and they are being tested in other markets just as they have been thoroughly here. The fact is every system has its own flaws - and some flawed data is simply more expensive than other flawed data.

What’s perhaps more critical is the fact that any new currency would suggest different  figures from the existing approach.  On publication day of the first data from any fresh methodology, the BBC would be hammered by the Mail for  either losing audiences/dominating the World – and commercial radio would have revenues slashed  by silly agencies for seemingly falling audiences/higher figures neither trusted nor paid for.

My thinning grey hair results from painful Rajar results days. They are excruciating.  You work hard all year round, trying to make your programming the best it can be and know fully well that you are sounding on top form - yet your figures then fall.  You have a problem quarter with no marketing, lose key presenters – and yet your figures go up.  Shit stations often post phenomenal results – and fine stations quietly concede they’ve not had their best survey.

The anoraks then merrily pitch in on social media suggesting that it was all so much better when we had a handful of monopoly radio stations named after local landmarks, with random songs and lists of lost pets.

It’s heart-stopping for a programmer when the figures cascade into your PC. You know it’s either going to be a great day – or a very naff one. Both will likely end in alcohol.   As your stomach churns on a depressed headline figure, you know someone somewhere will question your continued existence and your most annoying presenter is about to be particularly so.  You'll likely face delivering a Theresa May  post-election day speech when you feel just like sobbing into your Pret a Manger breakfast bap. Barrack-room programmers across the building will be telling everyone what you've got wrong – and the nice person from sales will wonder how on earth they are going to hit target and be able to pay for their kid’s new shoes.

And what of the poor innocent presenter who's largely doing as you tell them to. Yesterday they had loads of listeners, today it appears that no-one loves them.  It’s hardly morale boosting as they wander into the lonely studio with their Twix and headphones for their next programme.

For commercial radio, Rajar is really a trading currency  and is designed as such. It does not really tell us why things happen - and can be at odds with other research projects which do.  Amidst huge media change, however, our significant investment in a huge research sample generates figures which are still enviably trusted and underpin a stable industry. For the BBC, it’s good enough for headline stats for the annual reports, political dealings and a few broad brush-stroke graphs.

Overall, they are inevitably a dated reflection of what audiences thought they thought they were listening to some time ago. And - when your Uber driver asks how you know how many folk are listening, it  rarely really seems to sound convincing.

Like your exam results, in a few weeks’ time,  you won’t  quite remember the grades you got and life will go on. Smile. It's radio. No-one dies.

Here's the true story of how Rajar is assembled on the streets.