Is there a point in a positioning statement? 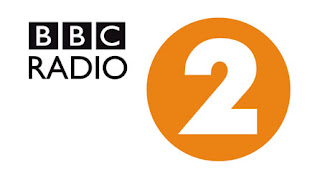 My favourite ever Radio 2 positioning statement was ‘Different – Every Time You Listen’.

We knew what they were getting at, but the claim flew in the face of every piece of established radio wisdom. Having said that, Radio 2 enjoys bucking trends with some considerable success.  Do listeners really want 'different'?  Whatever listeners think they want, the evidence suggests they actually seem to plump for fairly well-known songs and get irate when a presenter even dares to go on holiday for a week in Cleethorpes.

The matter of branding statements was raised in a Tweet today from the annoyingly clever James Cridland, which linked to a pithy blog from Kevin Robinson. Despite the fact Kevin has his own branding statement ‘Programming – Branding - Mentoring since 1985’, his remarks suggested that great brands don’t trouble with them. "Disney – no slogan. Netflix -  Amazon – no slogan". He went on to assert: "Think you need a position or slogan? Get rid of it today. See if the customer misses it".

In radio-land, we know many music radio listeners seem to like this ‘Variety’/’Mix’ thing.  Every time I’ve ever researched station positions, many listeners enthuse about stations which play "a bit of this and a bit of that".  Respondents in focus groups even trouble to use their hands  outstretched to demonstrate the two extremes. The challenge is to define your variety vs someone else’s.

The extremes of the range of variety enjoyed are tightly contained within the walls of the listeners' general appetites. They mean a variety of  material they like, not genuine variety. In quantitative research, I recall that whenever the proposition was A plus B, where the two are actually a little different (e.g. 'Today's Best Music and your Favourite Oldies'), the appeal scores fell and the hate scores grew, as listeners disliked one of the options.

I’d agree with Kevin that listeners may not heed positioning statements.  In an exhaustive series of focus groups a couple of years ago, we gave each dutiful respondent (music radio listeners aged 25-44) a set of cards, each bearing the positioning statement for all the market's stations: ‘More Music Variety’, ‘Your Relaxing Music Mix’, ‘Number One Hit Music Station’ and our own bright ideas (present and proposed).  Without exception, the results suggested that even when we all jollily mention our statements in just about every link and commission TV advertising to bolster that reputation, bloody listeners still get the answers 'wrong'. They attribute the statement they find most appealing with the station they find most appealing.

One thing's for sure, if you’re going to trouble with a positioning statement, it needs to be sufficiently different from everyone else's to do be of more use than one of Marconi's balloon aerials. 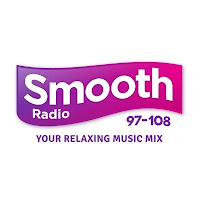 Smooth was attributed correctly to its own claim better than most, simply because of the word ’relaxing’.  You have to own a word before the statement becomes anywhere close to being safely yours. (22 Immutable Rules of Marketing, Ries & Trout).  Remember, however, that the meaning that listeners infer from a phrase may not be what you intended.  You may not think your station is ‘Easy Listening’, but listeners may define it as exactly that,

Listeners will describe your station in their own words. Just ask those stations which have experimented with updating their name: deploying such clever tricks as shunting the frequency to the beginning or end; or adding or taking away 'FM' or 'Radio' at will.  Save yourself the trouble. Stand at a bus stop and eavesdrop. They'll tell you what your station's called.

And, in radio, you are only as good as people think you are. Listeners will choose their own words to describe you - and it's good to take a listen to establish what those are. Work backwards. Imagine what you’d like listeners to say about you when asked, and seek to make sure you deliver on that promise every time they listen. If you’re delivering it well enough, you may not need to explain what it is.

Check my book 'How to Make Great Radio', available now from Amazon. Techniques and tips for today's radio broadcasters and producers
at May 30, 2016 1 comment:

No Stars in My Car 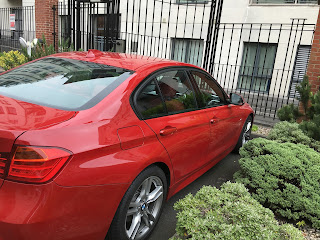 Another chapter begins and I start to sort out my life. Away from the luxury of corporate cushioning, I remind myself I really should buy and insure my own car.

The matter of insurance would be a simple one, I'd imagined. After all, I'm not a spotty 17 year old (I was going to write '17 year old glue sniffer', but I don't think the kids bother with that habit now). And I'm pretty clean, with just two doses of three points ever in my whole driving career. Admittedly, one of those was annoyingly recent when a happy chappy erected what appeared to be a personal speed trap just for me, given how quiet the road was on that annoying Sunday. Yes, I'd been offered 'the course', but anyone who knows my inability to sit in any meeting longer than an hour, will quite understand why I grasped the fine and points without as much as a 'by your leave', as they'd say in Corrie.

I alighted on the Swift Insurance website, remembering I divorced them amicably seven years ago ago, as the Orion Media adventure began. Having agonised over pages of questions with due honesty and dreamed up canny new passwords, I clicked the 'get me a bloody quote' button. Only to be treated to a miserable emoticon telling me that 'computer says no'.

No! What's wrong with me? They deem me

uninsurable! Is it because they have decided that people in red cars with red seats are not to be trusted?  Or was it because my partner and I dare to work in the media? Harrumphing with radio friends later, I'm reminded that presenters and journalists alike suggest the quotes from most insurance companies appear to leap up when it's discovered we have a vaguely interesting job.


The reason appears to be, and this my be apocryphal, that insurers fear we might be transporting Lady Gaga to an interview or something. Who assembled this bizarre risk assessment for radio drivers? Had they been drinking?

Should any insurers be reading my blog, may I assure you that transport of Gaga or anyone else of note is highly unlikely. If we were to compile a list of star journeys in private cars since radio began, it wouldn't be a very long one.


'Thanks for interviewing me. Loved it. Now could you give me a lift to Waitrose?'. It doesn't happen and it won't happen. Lord Reith likely transported no one anywhere in his Austin 7. So give us a break.

By the way, I'm sorted now, having explained my plight personally to a lovely young man in the Northern call centre of an alternate company. He was so excited to talk to someone in radio, he wasn't going to turn me down.

Since publishing this post initially, @beardedian has pointed out that Swift have had a 'no entertainers' policy which backfired when Iggy Pop appeared in a TV campaign boasting the virtues of a company which, in practice, would not have insured him.


Check my book 'How to Make Great Radio', available now from Amazon. Techniques and tips for today's radio broadcasters and producers