What the hell is an 'earlier accident'? Cheery travel announcers have once again been treating us this bank holiday with the implications of ‘earlier accidents’.  It’s another radio cliché.  All accidents were earlier.

If what they mean is that the accident is just about cleared away, but I’ll still face some residual delays, then, in fact, I’m still being delayed owing simply to ‘an accident’, aren’t I?  To a motorist, there is little difference between being delayed by an accident whilst the metal is still smouldering; or by a man in a fluorescent jacket sweeping the detritus from the road.

They do love these extra words, don’t they, these travel announcers.  Roads are ‘closed off’ rather than closed.  And roadworks are always ‘ongoing’. As opposed to what exactly?

Call me thick, if you like, but on a motorway, I often don’t know whether I’m driving North or South, so telling me there’s a delay East-bound is of little value to me.  All I know is where I’m driving to.  Motorway junction numbers are a similar mystery.  I think I know which ones I use regularly, but I couldn’t swear to it. Can you help me in your bulletins please?

Trains often appear too complex for travel announcers.  After a cluster of words about the 'railway network' (what?), they will say ‘check with your travel company'.  Cheers; that's useful.  And when we do get a train mentioned, it’s often one from Crewe.  I’d prefer if you told me if it was the one I get on; given, frankly, I have no idea whether its journey started from Crewe or not.

I heard today of some problems on the arterial routes. The what?  I’ve rarely heard that word mentioned anywhere else.  Apart from on travel bulletins.

"Do allow a little extra time for your journey". As opposed to thinking you may get there quicker owing to the accident?

And, when the snow falls, "don't go out unless you absolutely have to". I often wonder if driving to work qualifies as a necessity or not.

Peter Stewart reminds me of 'stagger your journey'.  As he rightly suggests, doing that is impossible unless each driver liaises with everyone else.

Oh, and 'busy owing to the sheer volume of traffic'.  That'll just be 'busy' then.

In focus groups, listeners insist that radio has the inside track on travel news.  They 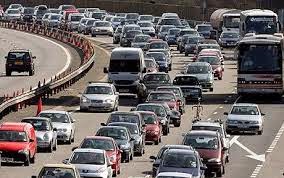 believe that we have information they cannot access.  And, if assembled by someone who knows what they are doing, that’s true. And those great eye-witness reports which radio can call upon are truly unsubstitutable.

I’ve written before about the wonders of passive language, where ‘drivers are advised to...’. Not only is it passive, it’s third person, suggesting you are talking about the listeners rather than to them. How odd.

B road numbers  in town centres are another mystery.  They often exist only in the minds of those purveying the travel news. Names usually make more sense.

Thank goodness for the RDS travel alerts. One of those lovely ideas which must have sounded great on paper.  I have yet to meet anyone who attaches any value to it.   It does, however, offer great sport for BBC locals who like to press the button when you are in Brighton, and alert you to some temporary traffic lights in Evesham. Preferably loudly.  Car manufacturers kindly do allow one to switch this device off and on, or reduce the volume; but they have all clearly reached an international accord to hide such controls away as well as possible.

BBC Local Radio has quietly switched away from dispensing its own travel news to deploying outside contractors.  Many such broadcasters are good on-air, actually, with an enviable command of the road network.   It’s inevitable, however, that they will not know all the crazy pronunciations which pop up in every broadcast area.  As a result, those poor presenters sometimes get them wrong.  And nothing. Yes, nothing, annoys a BBC local radio listener more than a presenter who gets a pronunciation wrong.  In honesty, when the BBC prides itself on being purveyor of all things local, and travel info pops up as frequently as it does, I’m puzzled about how this decision to farm things out was taken without civil unrest.

Like rather too many items on radio, we are routinely informed at the outset who is reading the travel news.  Not quite sure why.  Do any listeners  ever remember the name, unless it belongs to a presenter who pops up on the same shift ever day and injects a little personality, where a case can be made for relationship and trust? That pervasive self-identing on radio  goes back to BBC wartime news, and it’s a habit which has stuck with us.  The War is over.

Radio is now not the only source for travel news, but its influence is still hugely powerful.  Focus groups confirm that.  Radio can not only tell you what’s happening – it understands.

The best travel news translates clinical information from a variety of reliable sources into the informal 'you' language you’d use if you phoned a friend to warn them of a problem.  It then 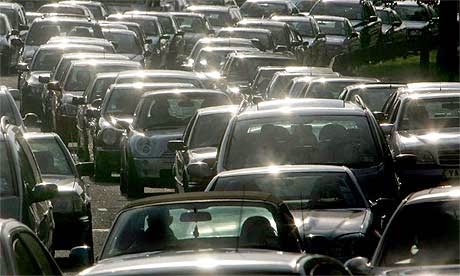 keeps you in touch with that dynamic situation whilst you are on the move.

Radio also reassures.  When you’re in a jam there’s something comforting to know why - and that your plight has been recognised by ‘ the radio’. Giving you a sense of unity.  Making you part of something.

Half the job on-air is putting your arm around those travellers.