How old are the best presenters?

I was 19, a spotty young presenter with straggly hair and a long duffle coat.  My then Head of Programmes peered over his large desk, before pushing his spectacles up the bridge of his nose and concluding one of our rare coaching sessions with the remark: "You won't be any good as a presenter until you're 30".

At the time, I puzzled over the observation.  Actually, that's a grown up way of saying I was a tad upset.  My age was not something I could really do awfully much about.

Looking back, he had a point.  It really is not until later in life that a presenter can really master their art.

Your command of radio techniques does improve with practice, of course, but more importantly, you have lived.

Provided you keep in touch, you can display a cultural grasp of both now and then.  Showbiz is littered with older personalities revered by younger fans.  Older soap opera actors are the real stars of the show.  A younger radio presenter can often struggle to relate well to older listeners. They can so easily be out of their depth.

When a caller comes on-air, you have but seconds to connect: to show that you 'get them'. To react; to say the one thing they relate to; to help them build on their own story;  to find the entertainment; to avoid responding insensitively.  You draw upon your fund of life.

Great shows often rely on story-telling, whether as an entertaining anecdote or setting up a topic.  As you grow older, your bank of stories becomes almost limitless.  Whatever the topic on-air, something relevant has happened to you or to a friend.  You've met people rather like every single listener you'll ever have.

Importantly too, by the time you hit your thirties, things have usually gone wrong for you.  You've likely loved and lost; faced a death or two of someone you know; had money problems and heartache.  When in trouble, we reach for advice for someone who's had their own problems and can empathise.  We do not reach out for a perfect person, or seek advice from the lanky 19 year old down the road. Listeners open up to people whom they feel are like them.

When the broadcaster's face starts to wrinkle, the authenticity on-air grows; and being 'real' on-air is utterly key for so many formats on today's radio.

When we go for a great night out, we'll often surround ourselves with people our age.

The UK has a tradition of young broadcasters, certainly on music radio.  As commercial radio was born painfully here in the 70s, many of its first presenters were relatively young, even though the stations were full service, serving birth to death.  Meanwhile, in that same decade, across in the more mature US radio market, many Top 40 presenters were much older and yet still very much in charge of their markets. 'Veteran anchors' were commanding the most dollars.  Here, there was a seeming obsession with transferring presenters arbitrarily to Radio 2 or to the AM Gold service as soon as the clock caught up with them; whether or not they were doing an excellent job.

Dan Ingram on air in the US, aged almost 60

But look at the biggest names. Was Chris Moyles losing audiences as he grew older?  Not really, no.  Is Chris Evans worse now than he was when he was 23?  No, far from it.  Would Simon Mayo do an even better job now on Radio Nottingham than he did years ago?  I suspect he might say yes.

To his credit, Richard Park realised that Birmingham's Les Ross still had another FM decade in him when he rescued him from Xtra AM in his mid forties and returned him to the hot rockin' BRMB.  One imagines Parky had wisely drawn a parallel with Les and Tarrant, who commanded  London on 95.8 until the age of 57.

Broadcasters try so hard when they are young.  As they mature, the best become stunningly instinctive.  Their stories improve, as does their story-telling. Their pacing is tuned and their sense of humour and timing matures.  Skills both in radio and in life have been honed. They are better and funnier.

It's good news that the BBC has turned its thoughts to encouraging more women broadcasters. Being parachuted into a peak show, however, is a demanding gig.  Few Olympic athletes would take their first skate at the Commonwealth Games.  Just as with a male broadcaster, if they have the skill to persuade listeners to value them, I wish those new recruits every success.

Should a similar initiative be established for older broadcasters? Is the age of a presenter not more important than their sex?

76% of all BBC Local radio listening is by those over 55. Are the majority of presenters?

If you are a 24 year old BBC local presenter, or indeed 'producer', how must it feel to know that 92% of the audience are older than you? 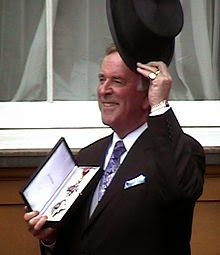 There are a host of reasons why Radio 2's audience still loved Terry Wogan as he presented his last breakfast show, aged 71.

My mother used to ask when her voice was going to start sounding like a crackly old woman.  By the time she died at 76, it never had.  When you use your voice and are aware of it, it stays remarkably consistent into your 70s and beyond.  Does Tony Blackburn sound so much different in voice quality from when the was a bright-eyed 24 year old?

Yes, some gifted older BBC local radio stalwarts are still on-air, but as local radio  has become the route in to radio, there are many very young presenters on-air too.  Not because the listeners suggest that is what they want; but simply because the local stations help us feed our industry.

One can witness some of the younger presenters on that 50+ format struggling to relate.  It's hardly surprising. Why should they know that the death of Kathy Kirby is worthy of a mention  when they were not born when Abba were at their peak? Even their parents are a little too young to help. For a talk format, that diminished level of insight into the target audience can be a real handicap.  The very best younger broadcasters address the challenge with huge self-awareness, hard-work, sensitivity and skill. The rest may not.

That's not their fault, they are seizing an opportunity, just like I did at 19.  It is the responsibility of the programmers, especially for the older-formated stations, to look beyond the university graduates, and to reach out to those characters who have graduated from the college of life. Certainly there's a rich seam of spirited women of a certain age who could become genuinely brilliant radio communicators. I witness few 'Loose Women' panelists in their teens and twenties.

There's a place for younger broadcasters and we all must learn our craft, but the younger formats are best places for this.  There's a place for inexperienced broadcasters too: off-peak hours. Remember the work of psychologist, John Hayes, who researched 76 famous classical composers and concluded that in almost every case, they did not create their greatest work until they'd been composing for ten years.

It's much easier to carry off being older than your target audience  - than younger.  In life, you have always been younger, but never been older.

If you've been in radio a few years, I challenge you to listen back to those old cassettes from the box in the garage.  Cringe at your first ten years of work.
Grab my book 'How to Make Great Radio'. Published by Biteback. https://www.bitebackpublishing.com/books/how-to-make-great-radio