It's seventeen before eight - the folly of radio time-checks 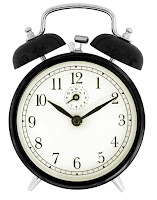 ‘It’s 17 before 8’ uttered a hugely experienced broadcaster the other day; and one for whom I have huge respect.

Why do presenters have this obsession with over-complicating or oddly-phrasing something as simple as the time?  They toil over translating it into a language unfamiliar to any citizen on earth.
The rule should be simple: say it as if a response to a friend asking you the time. As with so many matters in radio, say it as you normally would.

As I began working to set up Lincs FM, the Chief Executive shared his list of obsessions with me – as CEOs are fully entitled so to do. He hated silly time-checks; and even went as far as spitting out his tea if he heard a digital time-check.  Thus, it was never, ever 17.43 in Mablethorpe. Oh no.

By 1967, Tony Blackburn appeared to have adopted his policy of only telling the time on the half minute.  'Its seventeen AND A HALF minutes past eight o clock'.  He does it to this day. Mind you, Tony can do what he likes – his irony works.

In a recent focus group I moderated, the topic of time-checks came up. Playing devil’s advocate, I suggested they might be redundant nowadays. Not least because we all carry phones with the time on display and alarms built in; digital radios show it even when in sleep mode; and, for goodness sake, even your cooker even tells you the time. The assembled radio listeners were indignantly unanimous in valuing radio’s reassurance and gave me the impression that if the radio said it was ten past eight, and everything else suggested ten past seven, they’d believe the radio. That’s nice. 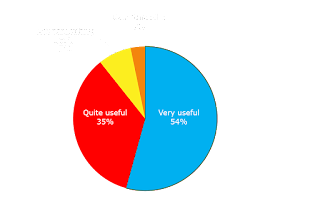 I was then prompted to ask a similar question of 5000 listeners in one of our sporadic questionnaires last month, just to double-check that it remains correct to glare angrily at breakfast presenters who forget to mention the time.  Maybe life has moved on, I mused.

The result surprised me.  A majority deemed time-checks very useful and 89% found them very or quite useful. Only 3% suggested they really were not needed.

Listeners like their benchmarks vaguely on time too.  Most stations have a policy on how far away from ‘on time’ you are allowed to be.  Some are honest about it on-air: ‘it’s just after eight 'O clock’; or you might hear the journalist who’s been twiddling their thumbs for ages spitting out an angry: ‘It’s THREE minutes past eight’. Some stations pretend it’s still 8 'O clock, when that time is but a distant memory.

Then Pips sound nice, as does Big Ben.   They make things sound terribly important.  A sense of precision and accuracy, even though we know that buffered online listening and digital transmission now mean the pips can arrive in Mrs Miggins’s kitchen at about ten past. As above, it matters not really, a reasonably accurate steer is generally all you need.
View image | gettyimages.com

The Pips have been sounded since February the 5th 1924; a bright idea from good old Johnny Reith, who was not averse to precision.  The Astronomer Royal, Sir Frank Watson Dyson, duly sorted out some mechanical clocks in the Royal Greenwich Observatory  - after chatting it all over with the chap who invented the pendulum clock. Handy to have mates like that.  Two clocks were used, in case one broke down.  It’s the unique way they’re funded. Mind you, they only cost twenty quid each.

The BBC generate the Pips from within Broadcasting House nowadays.  If that gig ever gets pitched out for independent production, I’m going to turn up in the lobby of BH with my descant recorder.

Thanks to talented James Cridland and cheery John Myers for reminding me about this matter, which is a notable and annoying absentee from any chapter in my book.


But please, no more silly timechecks. And don't bother telling me it's the year 2015 either. I know that.

My book 'How to Make Great Radio' is published by Biteback publishing.Proceeds to Radio Academy
at May 31, 2015