I Missed the 'Friend in the Room' 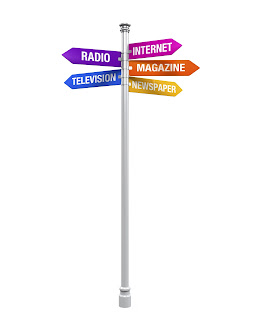 Life without radio would be pretty dull, I reckon.  Thankfully, the research published today by Ofcom, assembled by Kantar, to fuel Government thinking on future commercial radio regulation, suggests much the same thing.

Kantar conducted lengthy focus groups and allied exercises with over 150 patient radio listeners across the country. As part of the project, the poor souls were asked to live without radio for a lonely day, simply to disrupt their lifestyle and establish the role radio genuinely plays. It's a good research concept.  As we know when our other half walks out the door - you don't miss them until they're gone.

We knew the answers. Phew. Radio is a companion; it lightens and lifts mood; it generates a positive atmosphere; and creates a soundtrack to social events and the workplace.
It creates ambience.

“I missed the friend in the room’

The study suggests that radio provides relationships with presenters and allows for 'effortless consumption' of local information. It forms a 'background noise' which is missed when absent. Presenters renowned for being entertaining were 'missed', as were the information updates. Yes, online info is useful too, but respondents suggested pounding away at the keyboard 'required more effort' and, indeed, an internet connection and a battery with juice in. Our beloved medium benefits from inertia – and long may it continue.

Listeners do get news from social media, but the 'tone' of the keyboard warrior discussion around that was concerning, as was the level of likely accuracy. We are trusted.

Presenters were valued, but more for the quality of entertainment - and their being 'well informed' rather than for whether they were based locally.  One of the considerations from Ofcom was to establish whether or not listeners cared about programming being 'locally-originated', which forms a key part of current local radio regulation. They don't.

Local news bulletins and local information updates were perceived as more important than locally-based presenters, although all these areas were seen as of some importance (when prompted).

This thing called 'localness' was probed in a fascinating manner, with respondents invited to bring in an object or image that represented what their local area meant to them. Thankfully, the 'older' female from Salisbury chose to bring a picture of Stonehenge rather than a slab of stone. 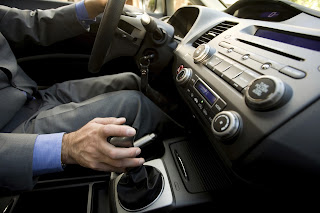 Rural respondents took a pride in their surroundings and recounted tales of happy walks with their dogs, whilst city dwellers were more likely to bring in gaudy football junk and talk about the nightlife.

It was interesting to read that, as far as where 'local' is, older respondents deemed it to be drawn in more narrow geographic terms than younger folk. Having said that, listeners' personal spheres of interest are larger than what they had defined previously as their 'locality' - so the approach of confining radio content solely to the listener's back-yard seems ill-judged. Interestingly, BBC local radio was seen almost as more regional than local (perhaps because the network enjoys loyal listeners who catch more off-peak networked programming).

Listeners, when completing their listening jotters, were surprised at their high level of radio indulgence - consumption of this thing which brings ‘noise to otherwise quiet spaces'. It's almost poetic.

They relied on radio to help structure their day, not just time-checks, but to 'remind that a working day is nearly over'.  It also provides companionship, escapism, education and is mood-enhancing. It's a drug.

It’s good too that this 'zooming in’ to passive radio content, as cited many times by RAB advertising studies, was recognised.  You are absorbing information even if you don’t realise you are - because it's on in the background. Listeners observe too that radio can tell you things you would not normally search out. It broadens the mind.

Listeners can differentiate between stations - they recognise musical differences and the demographic targeting. They do not appreciate that we are all chained to a dog-eared colourful Ofcom format - and why should they. They volunteer that stations do have different personalities - so Ofcom is correct in assuming that freeing music formats would still provide for popular variety.

On networking, listeners recognised the new networked brands for what they are, and provided they had not lost their 'old' local brand too recently, they felt pretty relaxed about things, not least because local news and travel info was still evident. 'Few expressed any concern' about where the local content was made, so long as it was relevant and accurate. The listener wedded to her old station 'Radio Broadlands' was clearly so fond, she pluralised it.

Whilst having a presenter being local, per se, was not hugely valuable, listeners did recognise the value of one who understood "the local cultural and geographical nuances and even the particular sense of humour".  And they got mighty pissed off with the mispronunciation of place names. 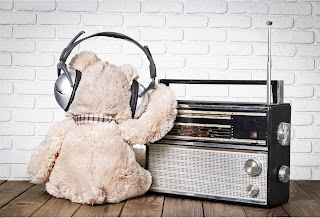 Respondents liked the 'emotional connection' of local presenters, but still considered it more important that they were 'talented, entertaining and well informed'.  The 'societal' impact of presenters being local ('it is a good thing') - was higher than the benefit listeners confessed to attaching personally.

News is important. Radio’s bite-sized approach was appreciated, and listeners whose attention was 'piqued' were happy to follow up on anything crucial by grabbing their phone.

Travel news is also hugely valuable.  I'm always surprised that travel news emerges so popular in studies of this sort. Listeners' belief in its value is almost a religion. They trust it, and like the fact you can hear it on the move. In fact, I think radio's delivery of it is more unique and valued than the summary letter from Sharon White at Ofcom to DCMS's Ed Vaizey on this issue suggests.

The vast majority of participants considered music to be highly important. They mainly listened to local radio for the music played: an 'effortless way to discover new music and rediscover old favourites'.

Information was valued too, but quizzes and contests less so. As with all the other research I have ever even, music and entertainment is the driver, with information being a valuable collateral benefit. What's more, the quality of the music selection was more important than the location of the station's cheery pre-fab studios.

Streaming services were used, but practical issues and hassle were cited, although younger listeners were more inclined to be keener adopters, not least when they were deprived of radio.

Presenters were divisive. Honey to some, and  an unwarranted intrusion to the music to others.  Similarly, local accents were appreciated by some listeners, whilst other argued they reinforced negative local stereotypes. It's perhaps a reflection of a more cosmopolitan world

It's hugely frustrating to invest a shed-load of cash in some research, only to thumb through the findings to find little you didn't know already. But when a regulator publishes a wad of text which corresponds to the research you've done yourself and your general intuition, it's reassuring.

This is a quality tome, illustrating the healthy place of radio in people's lives today. The medium is valued by the many who listen to it, but listeners recognise its changing ecology.  They see a place for both the corner shop and the supermarket, and they know why they visit each.  They are not too bothered about how it is delivered - they are more concerned about the quality of the entertainment mix, and a trusted spine of relevant information.

As far as educating Government on future commercial radio policy, it's a good starting point. As we say the last rites to a licensing system devised over a quarter of a century ago, these 110 pages will hopefully pave the way for a sensible regulatory framework to ensure that radio can survive and compete for the generations ahead.