Why Do We Still Bother With Hospital Radio? 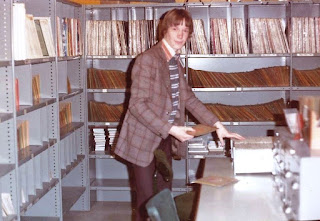 The poor hospital radio station in Tunbridge Wells, which has enjoyed a rich history and spawned a few current radio presenters, is under threat of closure.  There's just not enough money.

Seizing that as the angle, BBC Radio Kent merrily invited me on-air to talk about the future for hospital radio.  They called me a 'radio historian', as they introduced a half-awake me.  I wasn’t sure whether to be pleased or annoyed.

Like many, I’ve a very soft spot for my time at the hospital station in Nottingham, NHR. Lena Martell's 'One Day at a Time' was the most requested song.  I can even remember the catalogue number. Judging by the pic, I clearly spent more time remembering that than co-ordinating my clothes.
These were the nylon-shirted seventies though. Back then, patients in their gowns stared at magnolia ceilings or listened to their radio through what appeared to be a stethoscope. No-one had a smart phone - or even a thick phone - and CD players had yet to be invented. Yes, if you wanted to hear your own favourite songs, you had to bring in a couple of decks and an amp and park them on the shiny floor by your bed. Get your mate to wheel in your record collection on a big trolley, and you were sorted,

The grimy stethoscope radio carried all the usual radio channels. When I say the usual channels, let's remember there weren't very many. You could just about get Radio 1, 2 and 4  - and BBC local if your town had bothered launching one. The chap in charge of the official hospital tuner had clearly not yet discovered commercial radio - or found it too noisy.

A decently run hospital radio station was, accordingly, a welcome addition to the ‘dial’. What's more the presenter had even troubled to come to see you on your TCP-smelling ward a few hours before mispronouncing your name on the radio. A seemingly endless day in hospital became just a little cheerier. 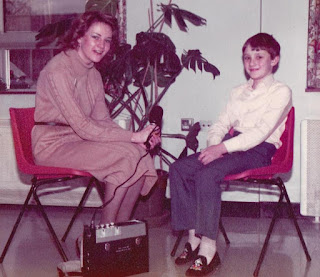 Let's remember too that these were the days when, to get a request on a 'proper' station, you’d have to write in on Basildon Bond, with an envelope and stamp, and then devote every waking hour for the ensuing month to listening, lest you were mentioned. So, a surefire dedication - and an actual song request was actually quite a treat.

Now, you can smuggle in your own phone or MP3 player and play your favourite ballads 'til you cry.  You can also select from the many radio stations now on offer in your town, or stream one from Hungary if you wish. And, you may even have your own little TV in those hospitals which have those posh, expensive bedside ones fitted.

Given such an array of entertainment, why on earth do we still need hospital radio?

Some of today's hospital radio presenters are rather good. Such folk annoyingly get jobs quickly at one of the hundreds of professional stations and likely forsake their volunteering with a dainty shoulder-shrug.

Some of the decent ones don’t even trouble to hop on the bus to volunteer in the first place, because they are merrily making programmes in their bedrooms on proprietary software which would have been the envy of any hospital station in the 70s. They don't need to suffer hospital radio politics to vent their creative spleen.

So, with a challenge for audience, and a paucity of the right staff, maybe they should just give up. In several cases, that's probably exactly the right thing to do.

The other option is to try harder. Devise a strategy fit for this century and deliver it with professionalism and energy.

The quality of University Radio has rarely been higher. The SRA awards are a major event in the drunken radio calendar, and I rarely fail to pinch an idea from an entry whilst I'm judging. I believe those confident stations have stopped trying to sound like conventional ones. They break rules, invent and do their own thing.  They are programmed uniquely to their own specific audiences, rather than trotting out today's best mix.

In short, they’ve stopped being 'me-too' stations on-air; and they are judged too by the contribution they make off-air on the campus. The best ones are part of the fabric of university life - and sometimes a reason the choose a particular uni.

If hospital radio is to survive it needs to take itself seriously.  It needs a new strategy.

Is your station's brand essence really just about creating great radio, which everyone else does, or is your business really about making people's time in hospital better?

Once your strategy is clear, the delivery follows.  Do you just recruit hosts of wannabe disc jockeys - or do you recruit a varied range of volunteers who contribute in a host of ways. Do you have the sort of people who can give time to patient visiting?  Do you have people who can manage fundraising, and help polish the PR with local benefactors. Who cultivates hospital management relationships and political relationships? Most importantly, do you have a leader?

On-air, you need to be as focused as the best FM radio station. They are your competition. What sort of people stay in your hospitals? How old are they? Do they want music or company?  What sort of music? 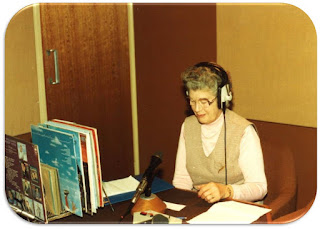 Have you got the right sort of mature communicators on-air, even if rough around the radio edges? Imagine who your typical listener would rather have a coffee with.  Would it be 60 year old Beryl, with a fund of stories who's seen heartache and happiness, or spotty 17 year old David Lloyd?

Only do what you can do best.

On our old station, we used to have an organ music show because we had a lovely bald bloke volunteering who liked organ music. Sound formatic considerations should govern your on-air policy, regardless of the age of your eager volunteers, or their music preference.

In general terms, it's a fact that perfect radio would be one station per listener.  Imagine a radio station which only and always did what you wanted when you wanted it.  Statistically, hospital radio is probably closer to that than any other form of radio.

Your station - and the overall experience it delivers - can be almost perfect for the worried woman on Nightingale 2 ward whose husband works away and visits rarely. Make sure it is.  Or close down.

NOTE: The Hospital Broadcasting Association commissioned an independent piece of research into the impact of hospital broadcasting on health outcomes for patients. A UK wide study was completed involving over 250 individuals including patients, staff  and hospital radio volunteers.

I'm touched by so many kind comments about my book 'How to Make Great Radio'. Thank you.