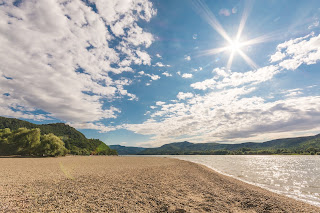 Today was the warmest June day since 1976.  The World has changed a great deal since then, but have radio ads?

In a sense, thankfully they have. One can identify, with ease, some astounding work, some way from those odd sexist conversations over the garden fence which pervaded 1970s radio.

But there are still too many commercials which seem out of place. My hatred of ads about ads has been amplified elsewhere, from 'we've just got thirty seconds to tell you about...' to the bizarre, yet frequent, device of using the sound effect of studio talkback. The use of this tinny noise strikes no chord with listeners. It is not from their world.

Can the creators of such material, who presumably work for some odd agency with a silly name, not get beyond the mechanics of our medium and simply capitalise on what radio delivers - an intimate conversation with a listener.

I suspect these folk work across much media and get more excited about creating TV ads or 'doing some digital' (whatever that phrase means). I suspect they don't, however, resort to producing TV ads about making TV ads or show a bloke doing a bit of coding on digital work.

Some agency writers, of course, nail the job, and the industry is rightly proud of their efforts.

Back home, on site at local stations, ad creatives churn out a huge volume of material, and we should spare a thought for their valiant efforts. They, and the exec who sold the campaign, are held directly responsible for the success or failure of their work. They are likely to have to deal directly with the determined client who has second-mortgaged their house to invest in their business and in its marketing.

For understandable reasons, it's I challenging for copywriters to be daringly creative when the paymaster is breathing down your neck with their own clearly expressed views and opinions on marketing strategy. Some succeed, nevertheless.

Having spoken to some programmers on the topic in recent week, however, there appears a frustration with ads which appear not to sit comfortably on the chosen radio brands, with seemingly conflicting tone, style and attitude. Are they likely to communicate well to the audience? 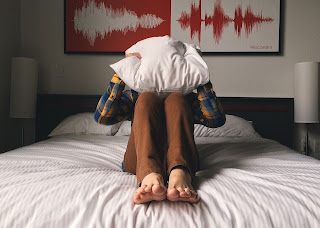 What should we be doing? On a company website for beds, I happened upon a great video on which punters were asked about how often they change their mattress, attracting some great responses. It's a good question - I can think of entertaining presenters who could make an hour out of the topic. The audio of those real voices, well cast and produced, would have played to radio's strengths better than the route which was chosen when a radio campaign was commissioned. Maybe some writers do better radio when they think of pictures.

Should we be worried that tomorrow's creatives may grasp to an even lesser degree the essence of radio?

I hope the contrary. Let's hope they manage to break free, at last, of radio ads which are derivatives of press - or 1950s drama playlets - and create a fresher commercial conversation.

If radio were invented today, would we really play twelve minutes of interruptive ads, plus other commercial material, and expect to grow audiences to existing levels? I suspect not. Would we all play our breaks at the same time? Would ads generally be thirty seconds? They often weren't before telly came along. Just as people click the 'skip ads on YouTube, they are doing the same to radio. For our sakes and those of our clients, let's find our own way.

Podcasters have already discovered that often just embedding a complementary product in content works better for both parties. With the wise Ofcom Broadcasting Code changes six years ago, we have an opportunity to do things differently. Let's not allow television and digital to steal our thunder.

Let's use all the radio intelligence we have acquired over the last forty years, and the more recent understanding of podcast performance and social media stickiness to create more innovative audio work.

Change is always tough. Implementation can be daring, with the risk of short term pain. But in the long term interests of our medium, I would suggest that radio programmers should be invited to share what they know with the best radio creatives, and draw upon the fine work from Radiocentre, to carve out a new way forward for commercial communications on radio.

Get my book, 'How to Make Great Radio' now!