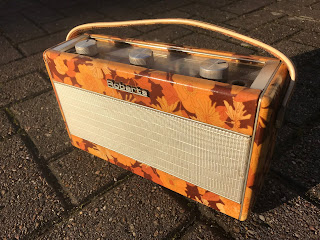 Fifty years ago this week, the report ‘Broadcasting in The Seventies’ rolled off the Roneo duplicator, penned principally by the BBC’s incoming MD of Radio, Ian Trethowan. Although drawing on work dating back to 1967, in many ways, it could have been written last week.

One familiar impact was that it created "a big banging type of explosion" (BBC exec, Gerard Mansell) both inside and outside BH. Indeed, 137 BBC staff were so furious, they wrote to the Times to vent their spleen.

Listeners have not changed much either. Wise Frank Gillard (then director of radio) had warned the chairman of the governors: “the radio audience is the most conservative audience in the whole wide world, and you don’t come out with a great big statement that we’re going to make all these changes. What you do is you infiltrate them slowly and gradually and people get used to them, they take them in their stride”.

The report valiantly sought “to adapt our (the BBC’s) service to a changing world to meet changing tastes and needs”; and “to live within our prospective income for sound broadcasting in the next five years”.

It outlined the recent changes in BBC radio and the latest additions to the clan, including the Music Programme (part of Radio 3); Radio 1; and local radio. Now, it sought to “rationalise and reshape” to serve the audiences of the concrete seventies. Much like today's digital adjustments, however, it agonised over past changes being “grafted piecemeal on to a tree planted in an earlier age of broadcasting”.

The report insisted the BBC should not just concern itself with the biggest audiences but also with "positive responsibility". Whilst that phrase is not bandied around much in NBH today, the territory is utterly and increasingly familiar.

Like recent reports, the BBC was concerned at the end of the '60s about changing audiences, albeit radio’s dirty competitor back then was TV, murdering radio’s evening audience peak. 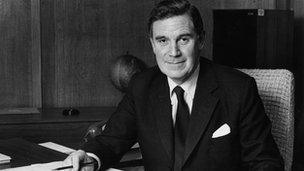 Representing the regions of the UK was key too, with “the success” of the local radio experiment opening up “new opportunities for broadcasting outside London”. The report  alluded to “centrifugal forces” apparent in “society as a whole”, yet “growing resistance to the apparently inexorable magnetism of London". It concluded that “not only Scotland, Wales, and Northern Ireland (which) look for a separate identity”.

Familiar challenges. Familiar objectives. One difference is the number of licence fee payers: up from 18m, at the time of the report, to around 26m now. (There was a radio only licence at £1.5s or combined radio/colour TV at £11. Radio-only licences ended in 71).

Radio’s path ahead appeared ‘more complex’ than TV. Indeed, the Chairman of the BBC Governors was so excited about the BBC2 colour set in his drawing room that he guiltily conceded: “we’ve got to talk to the public about radio and have a big drive on radio”. Quite right too.

One key focus would be audience targeting, recognising that many listeners now expected a “specialised network, offering a continuous stream of one particular type of programme, meeting one particular interest”.

Accordingly, Auntie suggested that all the things it had been lukewarm about had actually been jolly good ideas all the way along, with Radio 1 “amply” confirming “that there is a demand for pop music, as distinct from the more traditional styles of light music”. It attributed any deficiencies in the new service to a lack of resources, not because of BBC “inhibitions”.  Perish the thought.

She also conceded that amount of programme sharing between Radio 1 and 2 was a bit silly, or in the plummiest of BBC terms: “the ride is not always smooth”. I suspect the next line was written after a BBC sherry: “to their respective fans, Emperor Rosko and Eric Robinson barely inhabit the same planet let alone the same air waves”. 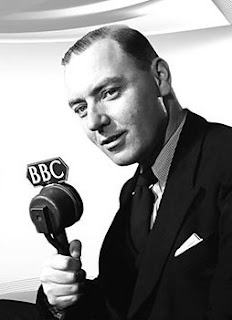 So, hurrah for Radio 1 which was promised as much more unique programming as could be afforded. Radio 2 meanwhile was promised: “a new clear focus as another all-music network, presenting all that is covered by the umbrella of 'light music' - anything from Sinatra to Lehar. (It is sometimes suggested this should be called the 'sweet' music channel, but light music offers more variety and continuous saccharine)”.  To do this though, the report cautioned that needle-time issues (which limited the amount played) would have to be sorted, and some familiar Radio 2 programmes would be shunted to Radio 4 (which some duly were, such as Woman’s Hour).

The report muttered about the cost of Radio 3 (still, to this day, expensive per listening hour by comparison to other networks). Sensibly, it planned to stop messing around with two stations on the same frequency (Music Programme and Third Programme) and just make it all Radio 3. Clear branding for a station now dedicated to ‘music and the arts’. The more factual programmes from the old Third Programme  (documentaries, current affairs)  seemed “likely to fit better into a reshaped Radio Four”.

Radio Four would thus become the network we recognise today - largely a speech network with “a strong emphasis on news and topical programmes”, spiced with a few general entertainment programmes.  PM, The World Tonight, Start the Week and Analysis were to be launched following this plan.

Use of frequencies will always be a thorny topic. In 1969, The Government had appeared keen on identifying FM frequencies for Harold Wilson’s beloved Open University, but the BBC proposed instead squatting on Radio 4’s FM frequencies (let’s remember that using FM in 1970 was a little like using a DAB slot ten years ago).

It saw stereo for radio much like colour for TV, and so indicated it would certainly strive to put BBC local radio in stereo. It would also try to add medium wave support for BBC local which had been launched only on the new FM band, by “reallocating the medium waves now used for Radio Three as part of a general pattern of providing improved medium-wave support for the other networks and local stations”. In due course, the  BBC was persuaded to hand some to the commercial sector. 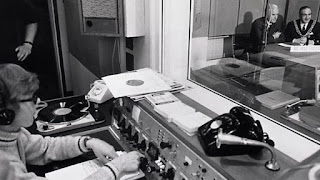 In local, it had a dig at those ne’er-do-wells proposing local commercial radio: “No human organisation should claim infallible prescience, but we may fairly argue that the BBC was championing local radio before some of its present advocates found their voice". Of course, history suggests the BBC had not actually bent over backwards to rally the local cause.  In proposing to grow the number of local stations to 40, it proposed chopping the regional opt-outs from the national networks.

In getting more cash through the door, the BBC was going to tackle those who failed to cough up their shillings. Maybe it planned to install licence detector gubbins in a new fleet of Ford Capris. But, as now, the BBC was also keen to highlight how much more was being done with licence fee cash: “Since 1946, the licence has risen only once, by 25 per cent. Over the same period output of radio has gone up by 55 per cent”. Also like now, it also flagged up staff reductions. It considering too disbanding some of its orchestras, which was to prove one of the most contentious proposals. Hell hath no fury like a BBC radio listener scorned.

“With these proposals we believe we are offering a service which would cater for at least a range of listeners' requirements as at present, spanning the generations and the cultures, capable of meeting any competition, and fulfilling the BBC's distinctive responsibilities as a public service broadcasting organisation.”

In many senses, the media landscape has changed beyond recognition since 1969, yet the BBC executive thumbing through this report on foolscap in 1969 would likely feel oddly at home now wrestling with today’s contemporary challenges, although hopefully he’d notice those round the table better reflected the diversity of UK citizens. He would, though, question why that the BBC‘s vision cannot still be summarised in 13 pages.

Sadly, I just cannot imagine quite so much attention being given to the BBC’s radio output, despite its audience reach being likely greater now than it was then.