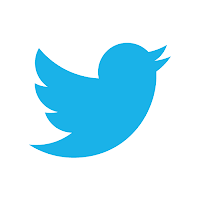 “On breakfast this morning Matthew Gudgin wants to know do you think department stores should have more seating?”, announced my Twitter feed.

I’ve a story on that very topic.  I was in John Lewis the other day, and my legs almost gave way. Luckily there was a soft red chair a few feet away and I struggled to it. Not sure what I’d have done otherwise.

Actually, I just made up that compelling, dramatic tale.  But the Tweet is real enough, courtesy of Radio Norfolk.

"Good morning! At breakfast today - rail fares are going up again. Is that fair? Do you get good value for money?"

Presumably, some furious listeners rang in to say it was disgraceful. Maybe a few even called to say they were quite happy, and roll on more increases. Who knows.

I do like the cheery salutations too, despite what follows:

"Good morning! At breakfast - have you ever been burgled? What affect does it have on your life?" (‘scuse spelling)

And a very good morning to you too.  They love that, do BBC Locals.  The false sense of comfy reassurance, then BOOM. Almost Shakespearean:

Oh no. Thank goodness for the cheery reassurance prompted by others:

“ On the Breakfast Show now...the Chief Exec of @SoTCityCouncil on his first three years in charge”

Then, the station usefully summarises the Chief Exec's appearance with a gentle:

That's nice.  Reminds me of the old ‘is there anything else you’d like to tell us, Minister’, interviewing of the 1950s. 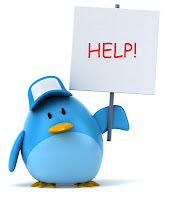 Some stations do excel at Twitter.  Blending the local news and relevant information with genuine engagement.  Making good use of the fact that Twitter is social media,  not a broadcaster.  And one can observe easily the accounts which are well-managed; and where the station chats back to those who comment on its programmes or policies.

The other great thing about excellent Twitter use is that it can harvest information; and sometimes you can prod that process with a stick, as did BBC Stoke:

“There's a fire at a Cattery on the A34 between Stafford and Cannock. Qasa is on his way but any updates would be great!”

Miaow. One expects, of course, that only a significant lonely and atypical minority of the stations' target audiences are likely on Twitter currently; and the medium is, therefore, probably best used 'business-facing' at present, rather than 'consumer-facing'.  Ergo, to receive information and investigate, rather than to address listeners at large.  Accordingly, to make a song and dance about Twitter on-air probably suggests a station which misunderstands its audience.

Some stations do excel at teasing, though; and one cannot but help reach for the wireless knob when BBC Radio Manchester ‏tempts us with:

“Nxt, a blind author from Stockport tells us how he ended up on a balcony wearing nothing but his pants. And he's a#WorldRecordHolder!”

Sometimes, despite the fairly routine minor story unfolding, there is a sense of urgency  to the plea to listen.  An illustration from BBC Leicester:

“It's hoped a new plan to solve a dispute over the use of a former scout hut in Leicester will bring months of protests to an end.104.9FM now”

In some stations, the Managing Editors appear to be busy assembling torrents of news Tweets on their private accounts; which the station account re-Tweets. I’m not awfully sure whether they should be busy managing or something instead.  They are the sorts of stations which just have news on their feed.  No chitter- chatter, oh no, just: ‘Bar stabbing victim 'improving'.

It might be argued that station accounts should reflect something of the rich character and conversation of the station, rather than just shouting news headlines.  Without going as far as pointless jolly tripe.  Just doing news Tweets is rather like someone just popping up from behind the cushion and shouting news headlines at you; before retreating. Without so much as a 'by your leave', as I think they say in Coronation Street.

BBC Stoke likes to go overboard with a few pleasantries:   “Have a good friday!”

They also trouble to offer up those crucial titbits, without which we’d be lost:

“A Staffordshire German Shepherd has been named the top police dog in the country.”

Some of the detailed info proffered sounds mundane;  but for some listeners it’s actually going to be useful. Knock this if you like, but you’d be wrong to:

Mind you, listening to BBC Solent does, on occasions sound demanding:

Goodness.  How many memories have I got to think up? It may take me some time.  They should pay ME the licence fee.

Compare that with the more engaging:

"Harry Worth was in panto @RoyalNottingham and this is Kirkby Bentinck station in our Golden Year @BBCNottingham from 12 pic.twitter.com/v15xJBX8"

“Morning All! Stuart & Katy with you for Breakfast and Katy's brought her camera!  pic.twitter.com/h0fyMEAt “

Katy looks pleasant enough; and there was probably a back-story for her having a camera; of which I am ignorant.

Then there’s there’s the international incident which opens up scope for parallel listener tales:   ‘X has happened, and we want your stories’, sort of thing.   Witness the strategy of consultant, Valerie Geller.  She used to suggest that few people are particularly interested in opinions, but everyone likes to poke their nose into a story.  She might have a point. After all, are any vox-pops remotely interesting or illuminating, unless there’s a funny one at the end?  So, the thinking goes that  whatever has happened, you MUST have a related personal story.

BBC WM takes this to the max; and if I were offering awards, they would win:

It did prompt some response tweets, with tongue firmly in cheek, from @Ian64:

WM had the graciousness and self-deprecating good humour to re-Tweet.

I shall actually leave the final word to Ian too: