Day One - The Launch

The presenters wore smart pastel shirts and stripey ties on the launch day.  In fact, we wore them every day.  It was the view of the Chief Executive of  Lincs FM that clients might fear we were a pirate radio station if we wore a T shirt.  Mind you, his own livelihood relied hugely on the station's success, so he had the right to insist we all wore pink frocks, had he wished.

Such was the hubbub in the green office from the civic guests and clinking glasses on that first morning that the assembled throng nearly missed the opening words.  I cranked up the amp in the office and yelled 'shhhh' in an impatient sort of way, maybe forgivable from someone who's been up most of the night.  I still cringe at some of my edits and mixes on that launch sequence. Not that it helps now.

You've given birth.  You are a proud parent of something which will increasingly do what it wants, rather than what you want.  One day, it will no longer need you; and will likely continue in some form long after you're dead.  Click on the links in this blog; and enjoy some of those memorable moments.

Some stations make a three course meal of their launch day, talking incessantly on-air about how special it all is.  Compulsory remarks include: how tired they are; how long they've been practising; how nervous they are; and how the people in the office are drinking champagne.  But that they're not allowed to consume alcohol as they're on the air. Tee hee.  Radio Wyvern read out a message from  seemingly every single person in Worcester. 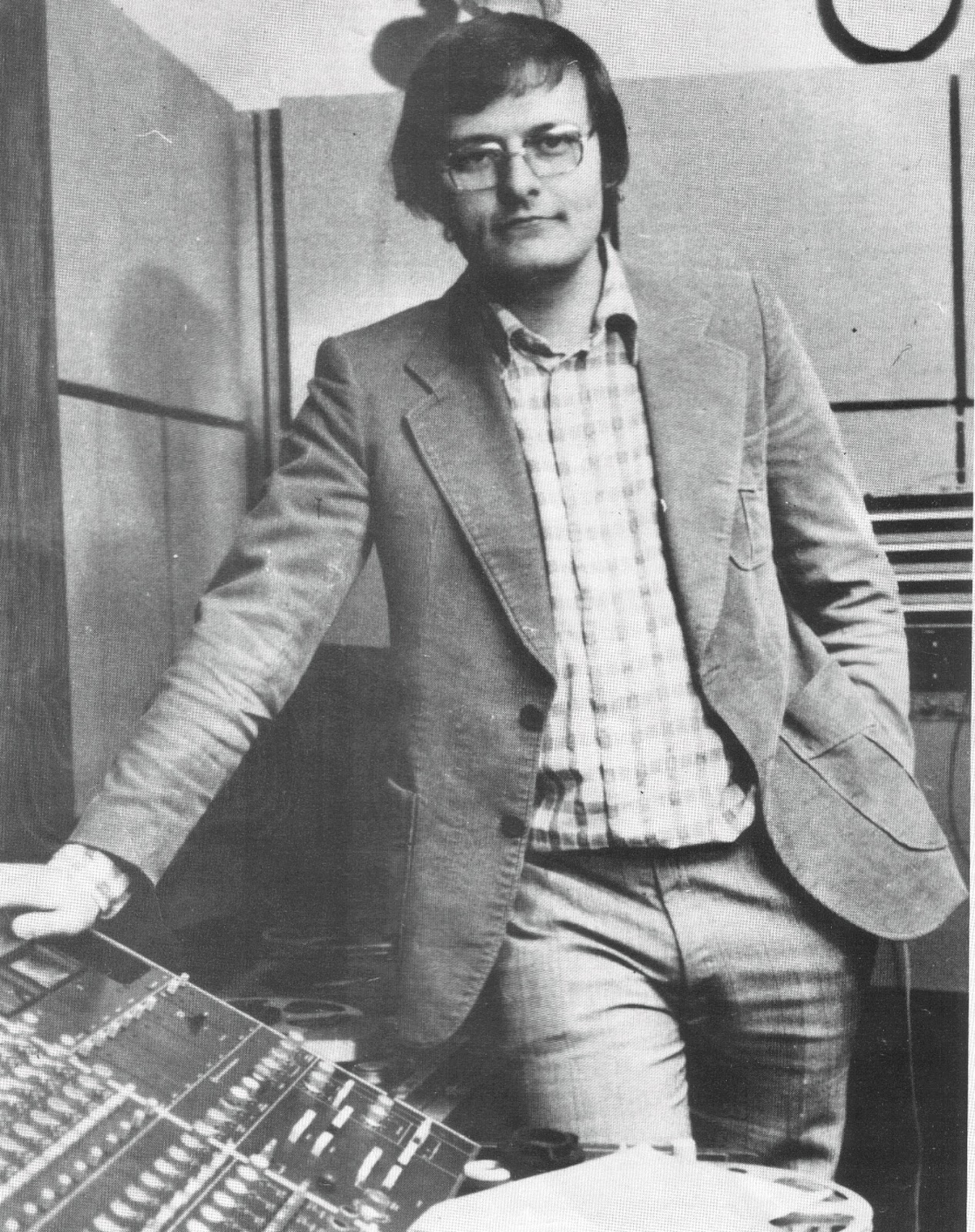 Other stations just jumped right in. The edict from Trent's Programme Controller in 1975, Bob Synder, was 'behave as if you've always been here'. 'Imagine you were around, you went away, and now you're back'.  One witnesses a thoroughly proficient music radio sound on that station from Day One. No indulgence, John Peters just got on with it. The same was true at Beacon.  Despite the huge commercial and regulatory challenges of those two stations in their early days, they were probably decades ahead of their time in music radio formatics.  That was evident in the fact that someone had drawn back from the navel-gazing mood of the moment to consider 'what do our audience really want?'.    Contrast this US-influenced clean music programming with the more sedate launch of stations like Radio Hallam, with its BBC DNA.

In fairness, apart from a typical Blackburn gag or two and Arnold woofing, Radio 1 in 1967, more or less got on with the job straightaway too; and one cannot help but admire Controller, Robin Scott's countdown to the two new services; "5, 4, 3, Radio 2, Radio 1. Go."

Many stations allow the Chairman a rare outing on air, come launch day. He typically invites himself to utter a few scripted words in true RP, sometimes introduced by the presenter who is at a loss just  how to introduce this strange man; and probably not awfully sure what he does.  Ocean Sound did it. Radio 210 (2-Ten) in Reading even sat him down in a pair of Beyers when they turned on a new transmitter.  Red Rose Radio was maybe the only one to have the Chairman at launch, with an ad in the same hour for one of his own businesses.

Radio Clyde was philosophical, with beautifully-carved words; and Moray Firth had a prayer.  The voice of David Symonds was almost choked with emotion as he began his round of thanks on the UK's first official commercial (ILR) station, Capital, in 1973.

Is the station's launch a news story, per se?  Every decent journalist will probably say 'well, it depends what else is around on the day's news agenda'; but probably the majority include it in their own bulletins. Some as a brief 'and finally' softee; others what appears to be an accidental mini-documentary. Witness Fosseway Radio.

If ever there were a case for a long station jingle, you may as well make it for the launch. Radio Manchester had a jingle to die for. Wyvern had its own song,   Some stations opt for the ethereal strings from nowhere and some scripted words of portent.  Southern Sound played its lengthy theme proudly and mentioned its origins; and BBC Radio Merseyside mused a little about its idents, made by the BBC Radiophonic workshop.

BBC Locals are indeed a different kettle of fish.  In the '60s and '70s, the local clock chiming and a Mayor with chain clanking was as good a place to start as any. BBC Radio Nottingham even called upon the Town Crier (mind you, so did the commercial Mix 96 in Aylesbury).

Many in the first tranche of these BBC 'home town stations'  included a familiar speech from the Postmaster General who issued the injunction:  "Programmes must always be lively, never dull".  Maybe more fittingly, others featured words from their real father: Frank Gillard.  There's also the ambitious OB; as attempted by Radio Merseyside, from 'high and low places'.  Maybe just a touch over-ambitious, as is transpired.

Radio Birmingham symbolised the birth with some random baby crying.  Some, more recently, tried humour, with the presenters at BBC Radio Gloucestershire trying to act out a little comedy drama.  Always better to be a proper actor if you're going to make a good fist of that, in my view.  Radio Teeside chose a listener to bid welcome, which is as good an approach as any for that format.

Despite the  best preparations, things can go annoyingly awry.  Too many omit to fade up the news jingle promptly; or fade up the IRN bulletin too promptly. Roger Day probably still shivers when he hears the Beach Boys vinyl wow in on the first moments of his first show on Piccadilly.  Mind you, it did not stop him tempting fate with the same song (albeit likely from CD) at the Pirate FM launch.  And whose bright idea was it to call a hospital on the launch day of Plymouth Sound?  Presenter Colin Bower sought to speak to a Nurse on the ward where a child had been born at the same moment as the station.  Whilst one admires his determination, he maybe should have given up a  touch earlier.

Another classic moment was Metro's playing in of a tape at the wrong speed.  Video does exist and one can see head in hands.  Seems funny now. I suspect it did not on the day.

What of the first song? It appeared for a time that there was a regulatory edict requiring Tina Turner's 'Simply The Best'.  Star FM simply had to start with Rose Royce 'Wishing On A Star' (introduced by Peter Dickson before his X-Factor days).  For other reasons, the legendary John  Myers  just had to launch all his own Century and Real stations diffidently with 'A Star is Born'.  I recall being in the huge marquee as Century 105 launched in Manchester, and that occasion brought home what a poignant moment a launch is for not only the station's presenters, but more so the tired engineers, the worried management; and their respective long-suffering partners.

The launch of Trent 945 in Derbyshire was thoroughly enjoyable.  Assembling the pre-launch test transmissions and the launch moment was my way of having fun.  Without fear of a disciplinary process at this late stage, may I confess that I returned to the studio the night before launch in March 1987, admittedly fulled by a few glasses of wine.  I opted out of the test transmission music tapes, and played all my promos and every one of the station jingle cuts back to back on-air.  At least I re-cued the carts as I threw them in and out the triple-stack.

It's easy to look back dewy-eyed at the bygone decades of commercial radio.  Listening back to some of the launches brings one back to reality with a thump the weight of a Uher.  These inaugural minutes probably include just about everything one would wisely not do now.  Successive hugely-long incestuous links with little entertainment or informational value within; shopping lists of show features; the names of unknown presenters later on that day; combined with over-long news bulletins; and  songs we've never heard of.  If a station like that were to come on-air today against a significantly more competitive backdrop, with the BBC now more mainstream and Radio 1 on FM, well few would notice.  Because few would listen.

Witness, though, some more recent approaches. The inspired poetic launches of Isle of Wight Radio; and of Xfm South Wales. Maybe Kerrang 105.2's was a touch long an indulgent; but it had some nice touches of which they should be proud. TeamRock's in June 2013 was also inspired - and beautfully done.

Whilst we should all probably spend our time on engineering programming excellence across the output over the first months as  a whole, and accept that just three men and a dog may be the likely audience at dawn on Day One, maybe it's just human nature to want to do something a touch special to mark the moment.   Then again, with DAB stations  opening and closing more frequently; and analogue stations re-branding more often, just maybe launches in future won't seem quite the same as the day of your wedding any more.

If you do decide to do 'a launch', just don't bother with a 'countdown'. It's been done before.

Enjoy audio from well over a hundred stations launching on my site here.  Thanks to friends old and new for contributions, including Paul Easton and Andy Walmsley.
at January 05, 2013