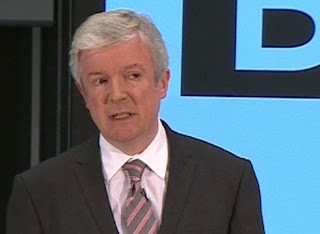 Sheila Borrett was said to be the first women  'announcer' on UK radio.  Despite the BBC's enthusiasm, the Radio Times was cautious when announcing her arrival in 1933.  It suggested that retired colonels might "mutter darkly over their muffins".

The predictions of unrest were correct and thousands of letters were received criticising poor Sheila.  Mainly from women.  After three months, she was moved on from the role; and one can but imagine the probation conversation with HR in those distant non-PC days.

80 years on, it's high time the topic was indeed back on the agenda; and Tony Hall is to be congratulated on doing rather more than floating an encouraging remark.

Thankfully, men and women are different.  As the best-selling book suggests, 'Men are from Mars and Women are from Venus'. They each have, in general terms, a different way of looking at the World around them; and they communicate in different ways.

In the magnificent 'Watching the English' book by anthropologist, Kate Fox, she observes that women communicate in a group as one melee. When they assemble socially, they may all readily speak at once and enjoy a simultaneous conversation.  Men tend to shout through the gaps.  Kate's female focus groups lamented too that men are not good at gossip. It was suggested the guys miss out the crucial 'he said/she said' attribution; and use a 'flat unemotional manner'.

I muse that when son or daughter calls home, they chat to dad about 'what they're doing' and to mum about 'how they're feeling'.  Research suggests that male-to-male phone conversations last 4.6 minutes, versus a 7.1 minute average for a women to women call*.  Women can talk incessantly about a range of topics.  Men often resort to sport, jokes, work; or the pub argument.  The latter is safe territory and it frequently bores me stupid.

Over time, might it be that men on-air have learnt to compensate for the inadequacies of their gender?  They have adopted coping techniques from each other over the generations; and just maybe there are too few female role models for women to adapt similarly with ease.  I can point to a handful of stunning male broadcasters I emulated in my early days; and I borrowed  a skill from each one.  Given the paucity of women on-air, can a fresh women broadcaster draw from the same range of excellent performers with ease?

I have a hunch that on-air, men become the people they'd like to be.  They draw out the most favourable characteristics and amplify them, turning up the sympathy and emotions, and turning down the rough edges.  And succintness, well, that's blokes all over.  Women, being more social animals, are probably themselves on-air, and behave 'normally'.  Whilst 'be yourself' is a useful adage, every broadcaster knows that 'being yourself is not enough; and sounding 'normal' is an art.

Men are often less expressive than women in how they dress and how they animate conversations;  so little is absent when the voice is their only tool.  Women make much use of those additional dimensions, which are stripped away when only the voice remains as the sole communication conduit.

Women have shorter vocal chords and thus, generally, higher voices.  I'm sure you've heard about that mysterious bit of research which suggested that both women and men prefer listening to men on the radio.  I'm equally sure you've never seen a copy.  There is lots of research into recall of, and passion for, various tones of voices, although most data appears to lack the context of radio.

Some of the earliest 'pop radio women', for example Annie Nightingale, did draw upon deeper tones; and we know that Margaret Thatcher was trainedto lower her voice by a coach from the National Theatre.  We also know that blokes on-air have a hissy fit if someone tampers with the butch settings on their EQ.

'Deeper voices' may well be found more attractive but many great women on air have rounded, beautifully rich voices; and many successful men on-air have not.  Neither Jonathan Ross nor Chris Evans have perfect radio voices, but they've enjoyed a modicum of success.

It is true, however, that radio listeners like the familiar more than the unfamiliar, and male voices on air have come to be expected. 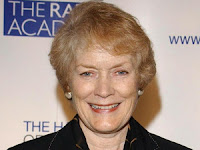 Radio 4's 'Today Programme' gender dilemma has been played out publicly. John Humphrys has suggested that when he eventually ceases his dawn harrumphing, his stints will likely be assumed by a woman.  Already, with Mishal Hussain's arrival, the jostling has begun.

We recall the redoubtable Sue MacGregor and lament the fact that we have yet to hear any other woman on that programme recently with quite her conviction and ability.  Mind you, I could similarly, frankly, draw my own league table of the blokes on the programme too. The weaker links in the male chain, and they surely do exist on that programme, will wrongly attract less scrutiny than the women.

Witness too the wonderful  Anne-Marie Minhall on Classic FM; and, I have to say, there was something endearing about Sarah Kennedy's ramblings.  Jane Garvey has talents to die for.  Gloria Hunniford is sadly lost to radio, but I would cite Vanessa Feltz as being one of the more  interesting characters on-air.  Whilst I would not say I am a huge fan of everything she does, the challenges of her own life have enriched her act.  Her openness and thus seeming vulnerability help a listener feel that they know her.  Caroline Martin at BBC WM also shares that 'flawed' charm; and it's a huge asset for both sexes.  Too rarely do you hear women really being women on the air.  Too many pretend to be men; and that's a shame.

As I write the above paragraph, I smile and think of women I know who despise some of the above-named with surprising venom.  Are women more critical of each other than any man would wish to be?

In commercial radio, there are few  lead women presenters on breakfast shows.  Jo & Twiggy, however, was one such act on Nottingham's Trent (now Capital), which enjoyed huge success and a mantelpiece of awards.   UK radio has shifted from 'performance' to 'real'; and the women on-air now are rightly picked for their story telling and humour rather than just as a giggling sidekick.  Might it be that women have better abilities at bantering  with real people (as a co-host) than as a sad solo presenter just pretending to talk to someone?  If that plays to a strength, then let's not ignore it.

What of the early days?  Lots of male presenters begin their radio lives as anoraks, sitting alone with  their acne in their bedrooms, listening to radio and growing to love it.  They then pursue that hobby with unhealthy energy.  Women strike me as generally less obsessive and altogether more balanced and sensible.  I know few female radio anoraks as sad as I was; although Beccy Adlington would hit me with her rubber swimming hat and remind me that there are successful female obsessives in other fields. 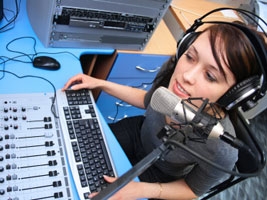 Skillset suggests some women make a "conscious decision to care for their children full-time or enter a different and less demanding industry". I have to say I am utterly in awe of  women I have known in senior positions who have balanced their families with huge responsibilities and jobs which are rarely 9 to 5.  I don't know quite how they do it, but they have proven they do.  In sales and often in newsrooms, there is a decent gender balance; although there is often a paucity round the Board table (17%, suggests Skillset**).  As a bloke unable to talk about football, I can quite see why women might not feel at home.

I don't count the number of audition MP3s and Soundcloud files I get sent each week, but I would hazard a guess that  well over 90% of unsolicited auditions come from lads.  When more high quality auditions are submitted by women, more will be recruited.  And we programmers must not nurture that irrational fear of two successive women on a programme schedule.

Is it appropriate to engineer a 50% ratio of women on BBC Local Radio breakfast programmes by the end of 2014?  I would question that tactic; although I welcome a strategy.

Is it correct to aim for a better gender balance and benchmark how the situation evolves over time? Absolutely.

Mind you, let's remember that this self-op, multi-source, single-header breakfast show is possibly one of the most complex gigs in UK radio, and a challenge for anyone new, regardless of sex.

Listeners want their programmes to be the best they can, whomsoever presents those shows.  I wonder whether target listeners might prefer  BBC local radio to focus its efforts on how old the on-air staff are and how abreast they are of their 50+ audience rather than whether they wear a frock or not.  The BBC's first obligation is to its licence payers.

I would commend the efforts being made by the BBC to identify more female presenters; and to offer training and support to encourage those women to hone their talents.  I only hope the BBC finds within its ranks those with the skill and instinct to help coach in the above areas.  Just maybe that's a time to look outside BBC News, to which Local Radio is strangely assigned,  for those with a real insight into how radio engages if the gender imbalance is to remedy itself genuinely.