I would of liked to write about grammer, spelling and pronounceiation 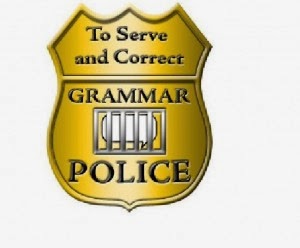 I almost choked writing that headline.  All over social media and online, a generation seems unable to write 'would have', and prefers the nonsensical 'would of'.

In years gone by, those on many radio stations rarely needed to write much down, apart from scribbling some hasty notes on their music log: 'Edna from Norwich - wheelie bins'.  Now, life is different.  On-line and social media writing is part of our lives; and part of our jobs.  It's as important to craft the written word off-air as carefully as we select the spoken word on-air.  Few in radio now do not write consumer-facing material, whether producers, journalists, presenters or those in the commercial arena.  Much of such material is conversational in tone, but even writing that is an art. There's a difference too between conversational or necessarily truncated - and wrong.

What surprises me is how intelligent people can leave their school and university gates without a grasp of the basics.  I stare in  amazement at some frighteningly bright young things with whom I've worked over recent years when I glance down at a piece of their written work which befits a 12 year old. Is our education and parenting so bad, we are incapable of teaching our own language?  Those coming here from other countries appear to have a better grasp of the basics of our language than we do.  The time we should be spending polishing writing tone and style to complement our media brands beautifully, we are simply using to make basic corrections in red ink.

Is spelling 'definitely' correctly too much to ask? Or not baring all in 'I can't bear to see'?

The ability to use English to a decent standard is now crucial in our industry.  In the commercial arena too, things have changed.  Where once a suitcase full of dog-eared contracts and half-empty cigarette packets sufficed, sales execs now need to assemble great presentations.  How often are they spoiled by a glaring error in font 48, Comic-Sans?  At a time when we are writing more and more, the emphasis on that very topic is being diminished in the educational system.  Am I wrong to expect a graduate, in whatever subject, to have a decent grasp?  Said David, sans degree and with chip on shoulder.  Broken Britain. Harrumph.

As for the apostrophe, I'll concede that predictive text's dogged insistence on maliciously deploying the wrong usage is unhelpful, but one hopes that a grasp of the basic rules would mean most errors are corrected, certainly by the time content graduates to website or external email. It's fairly simple when you look at its place. Mind you, I'm almost giving up insisting on the correct apostrophe absence in 60s, 70s and CDs, such is the tide of examples where folk think that to use one is correct.   Thank goodness Absolute Radio gets it right, otherwise we'd really be in a pickle.  The bloke selling pea's from a van just outside M & S in Nottingham may just need a quick reminder, though.

A grasp of the meaning of words is also useful to those who work with them every day.  As we do. A senior BBC editor has just related the tale to me of how the Telegraph reported last week that "people were evacuated". And there the sentence ended.  As he points out, that would likely have created rather an unsavoury mess.  Where is the line between conversational and misuse?

Pronunciation also appears a challenge. Or 'pron-ounce-e-ation', some insist on saying. I guess we can blame the influence of American media for giving us 'loo-tenants' rather than 'leff-tenants'.  The Americans also gave us 'skedule'  (schedule) rather than 'shedule', although most in radio now use the latter off-air so frequently each day, I suspect I'm fighting a losing battle there. Mind you, we really should stop Sellotaping the sound of a gratuitous 'k' at the end of 'something' and 'nothing'. And I'm rather averse to hearing 'adverse', when they really do mean, well, 'averse'.

Grammar on air can induce shock too.  Since first drafting this blog, one fellow Tweeter mentioned he'd heard: "Wasn't you going to ask me for a song" and the impressive: "what I done earlier". 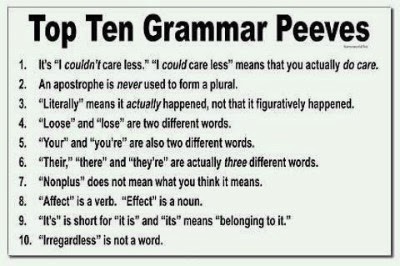 appear not to display the degree of 'general knowledge' one would expect of curious individuals. And a general shrugging of shoulders when that becomes evident, rather than an embarrassed sucking in of breath through teeth, and conceding 'I should probably have known that'.  Did I really hear 'Corps' pronounced as corpse?  I fear I did. Particularly unfortunate given the nature and context of that report.

Does it matter? Well, getting it wrong clearly annoys some people, and why would you want to do that?  It also sends off a 'we don't really care that much about getting it right' message, which is likely unhelpful.  And, yes, the wrong spelling or pronunciation can impact on comprehension. And, bigger yes, the best words and style really enhance meaning.  Language does indeed mature and evolve, but this is not about evolution, it's revolution. And its rong.

People frequently ask: "What should I study if I want a career in media?".  After some painful decades in management, I might smile and suggest wryly: 'psychology and social work'. But, thinking about it, 'English' is a another good response.