Who's that on line two? 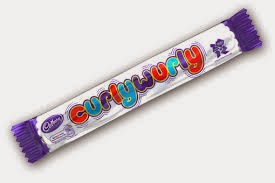 Spangles were so much fun.  Especially cola flavoured, with that fizzy taste which made your cheeks laugh.  Almost as much fun as a sherbet fountain.  Or maybe you preferred stretching out the Curly Wurly toffee from your mouth as the chocolate bits fell off.

Sadly, if you really want to get loads of calls on-air, the World's major issues are not the best route.  Old confectionery or the colour of crisp packets is a sure-fire option. I'm not sure what that says about this society of ours, but it's true.

I fear no-one has conducted a thorough academic study on which topics generate the best quantity of response.  Not that response volume is the best indicator of overall programme quality. As Scott Solder, my old LBC FM Programme Director used to say, if you want loads of calls, just ask 'are you feeling ill'. But, even though we all know that quality is the most important thing, there is something hugely reassuring about a 'full switchboard'.  You feel you are appreciated; and you can emerge from a show puffing your chest and saying to your friends that 'the lines were jammed', whilst carefully not highlighting that you only have eight lines.

I used to love Mint Cracknel, didn't you?

There's an unwritten rule in radio that great topics get few calls, and the unlikely ones get more. I have a theory that listeners hear the glee in your voice when you reveal a great topic and vow not to bother calling: 'I'll bloody teach him for being so smug'.

On the other hand, those curious, crazy thoughts which arise, en passant,  in the midst of a show seem to attract call volumes to overwhelm BT.  Just maybe it's because they are delivered so naturally, with natural curiosity.

Listeners are clever. They detect when you are having  a bad show. Those days when you throw all your topics on-air in desperation one after the other; and then, perspiration dripping from your Sennheisers, you resort to your emergency list of subjects.  And, stubbornly, no-one gets in touch about anything.  Your poor show becomes a party that few people have turned up to, and those who have want to make their excuses and leave. They can hear the terror in your voice. On the other hand, you get those shows when anything turns to magic. Whatever the topic.

Weird too how you go off topics.  That great idea which had you all buzzed up three weeks ago when you were in a cheery mood in the office, but has never quite made it to air. You cannot even bring yourself to do it now. Actually, it feels as though you've already done it; and you cannot quite recall why it was a good idea in the first place.

"We're talking holidays today. Where are you going on holiday?  Where have you been this year? What's your favourite place? Maybe you had an accident on holiday. Or maybe there was an incident on your plane. Or maybe it was cancelled. Or maybe you ended up in a warzone.  Or a friend of yours went on holiday to a warzone.  And maybe they lost their luggage. Have you ever lost your luggage?"

I love those talk shows where we are given a list of things to talk about. A long list.  And each 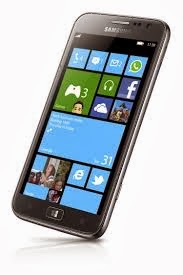 topic on that list boasts a list of colourful tangents. Your listener has just started answering the first question in their head, when the presenter moves on to the next.  And just as the poor listener gathers courage to call up, once they've heard that valuable first call reassuringly aired, they don't bother because they fear you've already moved on to topic number six.

Those list-like shows are almost as good as the ones where a presenter tries to spin off a topic from a topical angle.  And, as the Radio Times might say, hilarity ensues.  "Police figures out today suggest that gun crime is rising. Have you ever been shot?"

Don't always know the answers.  Listeners love to be smart.  When you think you may well know the answer to something, suggest you maybe don't, and I can guarantee they'll want to tell you.  Or prove you wrong.  Similarly, got a killer call with 'the best/biggest story?  Don't air that first, let others join and build the story to a crescendo.

I smile when I hear shows launch with a a panoply of phone numbers, website addresses, Facebook pages, Twitter handles and text numbers.  At that moment I, as a listener, have no intention whatsoever of getting in touch.  Why should I? You haven't made me want to yet.

Make me care first.  This order seems to work best, as far as I can see: a) The/Your story; b) You can kinda join in; c) Here's how.

Radio has a hunger for topics, whether BBC local stations or the best music radio breakfast shows.  If you don't jot down a note about the best ideas when they occur to you in Tesco, you know you'll forget them.

Spotting the topic is a gift, and framing it successfully an art.  We know that specific works. "Have you ever been on holiday in Turkey" gets more calls than "have you ever been on holiday?". In seeking to make a topic appeal to the maximum number of people, you lose the laser-targeting  which would have made a listener think 'yes, they're talking about me'.  Work out what you want to talk about; and then establish the wording of the real question.  Carve out the words of that proposition with the care of Eric Gill.

We've heard the tricks too, with a smile.  'One line has just become free, so if you want to call, call now. But yes, the art is often about making a show feel like people are joining in when they have not quite started yet.  It's like making sure your best friends arrive half an hour before the party starts.  And, thankfully, social media now means you can have access to such friends, ready to make early, relevant contributions to your prog. So long as they don't say 'thanks for calling me' at the end.  Shhhhhh, for goodness sake. Play the game.