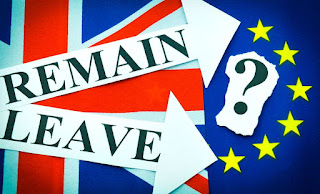 As we edge closer to the day of the 2016 European Referendum result, let’s tune the dial back to check what an anxious Britain listened to 41 years ago, last time the big question was posed.

In 1975, BBC Radio 1 didn’t trouble to wake up until 7.00. Noel Edmonds, however, would have made stirring thoroughly worthwhile with his excellent breakfast show, playing 10cc, Wings and a dash of Mac & Katie Kissoon. One suspects he would have avoided  playing the Number 1 from Windsor Davies and Don Estelle. Such songs formed the soundtrack to what was to be the hottest Summer in living memory (the record then stolen the following year). Noel was always top class entertainment, not least for his regular characters like Flynn the milkman - and his messing around with the pips.

Blackburn followed at 9.00, in his reluctant mid-morning slot, albeit he’d begun to settle down and the 0900 handovers with Noel had become a tad less frosty. Paul Burnett hosted lunchtimes; and parka wearing teenagers would smuggle their red transistor radios into school in the haversacks to catch an illicit slice of 247.

Newsbeat at 1230 with Laurie Mayer would have, no doubt, reported that voting turnout was 'brisk'.

The lovely Diddy David Hamilton followed at 2.00 on 247m, squatting also on Radio 2's FM frequencies, before another Newsbeat and John Peel on Drive, produced by the legendary John Walters. Come 7.00, John would run his fingers through his long, dark hair, wham up the Radio 2 fader and leave BH; with his record box  tucked under his arm. 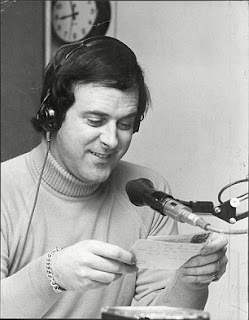 Across on Radio 2, then beaming across the UK and into much of Europe on the powerful 1500 LW, Simon Bates pressed the cart machines out of the 6.00 news, providing a warm up hour for Terry Wogan, then in his first stretch of breakfast. Pete Murray followed at 9.00, more concerned about breaking for Waggoners Walk at 1030 than for any great flurry of news action from Brussels.

Nectar-voiced Jean Challis helped us across lunchtime, before the Hamilton Radio 1 job share, save for a few afternoon opt-outs for sport, with commentary from Epsom provided by the excellent Peter Bromley.

After 'another trip down - Waggoners Walk' at 5, Sam Costa entertained; with 'The 78 Show', 'The Organist Entertains' and folk music paving the way for 'Edmundo Ros and his Orchestra in Radio 2 Ballroom', introduced by the the lovely Tom Edwards.  The Trust really should demand that ballroom be re-opened, if only as that Board's mischievous farewell gesture.

The deep tones of Don Durbridge came on-air on Radio 2 as polls closed, taking us through to closedown at just after half past midnight. Overall, a fascinating line-up with arguably more musical variety than now, but a little less speech substance than Auntie would perhaps tolerate nowadays.

The thread of consistency between Radio 4 of old and now appears strongest. The dawn bulletin there was followed by 'Farming Today' and the 'Today' programme with a great John Timpson and Barry Norman partnership - including regional news opt-outs. With the usual restrictions on what one can say on-air on polling day itself, the duo were probably pleased that 'Today' ended at 8.45, putting aside European matters in favour of a short story.

'These you have Loved' followed at 9.00 with 'FOOC', 'the Daily Service' and 'Morning Story'. ‘If You Think You’ve Got Problems’ then made way for  Sir Geoffrey Jackson 'In Search of El Dorado'. If you're interested.

An edition of the earnest 'You and Yours' programme swiftly followed, replete with theme tune back then, and no doubt carefully avoiding European consumer issues.

A dose of 'My Music' provided light relief before the legendary Bill Hardcastle boomed out the news in 'The World At One', which then lasted just half an hour, presumably because less used to  happen back then.

'The Archers' returned at 1.30, likely more concerned about jam making than attempted murders in those days, just before 'Woman's Hour', then in its afternoon slot and caressed by the immaculate Sue MacGregor. That day's edition actually featured a sprightly Delia Smith too. 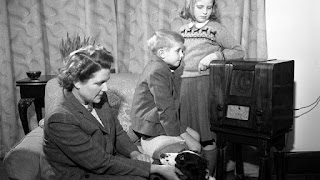 At 2.45, the Nation's primary school children sat cross-legged on the parquet flooring  to enjoy 'Listen With Mother', before the latest news at 3.00 and 'Afternoon Theatre'.

The idiosyncratic Jack de Manio made an afternoon appearance before 'Story Time' and ‘PM Reports’. Like Cheryl, Dusty and Dale, the latter programme is now sufficiently famous to be known by its first name alone. On Referendum Day, William Hardcastle was in the chair, conducting 'the PM reporting team’.

The evening then continued with 'Dad's Army', 'The Archers'  and other familiar programmes including 'Analysis'  and 'Any Answers'. The dreary 'Kaleidoscope' preceded 'The World Tonight' hosted by its founding presenter Douglas Stuart; 'Book at Bedtime'; and the 'Financial World Tonight'.  Like its BBC friends, the network closed down by midnight, so  politicians and listeners could grab some much-needed sleep. Maybe we all went to bed earlier back then.

The twenty BBC local radio stations were in action. Commercial radio coverage, however, was geographically scant, given the initial network was only half-complete. Just Capital, LBC, Clyde, BRMB, Piccadilly, Metro, Swansea Sound, Hallam, City, Forth and Plymouth Sound were alive to tell the story.  Each of those, however, had their output tightly controlled by an enthusiastic regulator and were thus dispensing lengthy bulletins and features from their large unionized newsrooms, each equipped with purring teleprinters, portable UHER tape machines and likely a radio car with a wobbly aerial poised for its next trip.

The updates from London, provided by IRN, arrived at each commercial station down a poor quality landline, with the crucial audio cuts of Heath, Benn and Jenkins captured remotely on large reel to reel tape spools.

And, maybe fitting for this thoroughly European occasion, by nightfall as the polls closed, huge swathes of younger listeners would be forsaking their often pedestrian British radio stations in favour of Radio Luxembourg, beaming in the latest hits from the Grand Duchy on 208.

Whilst the Radio 4 schedule appears a touch more frothy than today's Radio 4, it is remarkable how many of the current affairs and magazine programmes survive to this day - maybe a nod to the wisdom of the programme changes implemented under 'Broadcasting in the 70s' which injected such clear and lasting definition to the service.

We know too, having heard the recent weeks of debate that not only are the Radio 4 programme titles the same as in 1975, their content likely is currently similar too, as the internecine debate rears its head again 41 years on.

What's it like to attend a recording of BBC Question Time?

My book 'How to Make Great Radio' is out now, published by Biteback