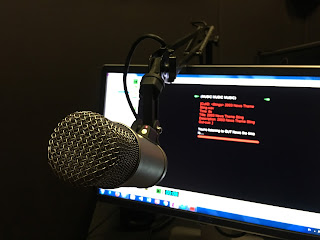 Voice-tracking is the devil. The scourge of our industry. The thing that has de-humanised this once exciting living, breathing thing called radio.

That would probably have been my view a few years ago as a spiky-haired awkward jock. Now, I believe it’s none of those things. Done well, it provides for impressive efficiency and high-quality output which helps to provide for the level of listening variety the UK now enjoys.

The first time you VT – let’s agree it feels odd. Imagining a real listener is quite challenging enough without having to imagine one who might be listening one foggy night next week. Mastering the art of the VT is a new skill which presenters have to acquire, where necessary. And like most things in radio, it’s a particular skill which some find themselves more at home with than others; and an approach which suits some formats better than others.

The efficiency is unquestionable. You can present a programme at a time of your choosing and only focus your time on the parts where you are needed. There's no need to sit drumming your fingers on the desk, moving around random sheets of paper and turning knobs needlessly up and down through nervous energy whilst you wait for Dua Lipa to end.

It also means that that you necessarily have to prepare well.  Opening a dry mic and recording a VT link without a direction in your head is impossible.  Preparation is necessarily done beforehand - and calmly, not hurriedly when distracted by a noisy song.

A presenter recording a show for the weekend simply has to summon up the sense and mood of the day to come, and what their listener will be up to. It’s a train of thought that too many live presenters find it easy to ignore. In a sense, with VT, you can only put the listener first.

Similarly, VT radio demands perfect operational programme management too. There’s no room for the sort of stations where three people issue contradictory emails to presenters about what’s happening on the station - and what needs talking up and how.  You have to make your mind up promptly if the programmes to be recorded this week for next week are to be accurate – and issue definitive single notes on what’s what.

Doing it well is an acquired skill.  Like most things in radio – one gets better at it with practice. The tone of links - how they begin and end - and delivering just the right energy each time. Sounding natural and getting the pace just right, even if it is the seventh time you'd had a bash at the same link.  On music-intensive formats, repeatedly delivering much the same message in a fresh tone and vesting real meaning in your station name; on chatty formats, delivering mountains of fresh content all at once. Presenters who truly master all the tricks can hear the full show in context in their head. 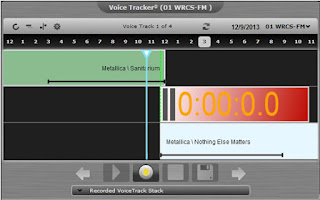 Some days, links are instantly flawless, and a show is dispatched within minutes.  Other days, one particular link feels like a loose tooth you keep wobbling with your tongue even though it hurts. The difference with VT is that the listener doesn’t hear the version of the link that wasn’t very good.

It might be argued that VT means sanitised radio - a pre-packaged convenience food without any topical relevance. With good thought, it’s not. Indeed, content can be updated with ease when appropriate. The impressive Matt Deegan who runs Fun Kids, wholly voice-tracked with Zetta, says “Generally presenters are recording between 3 minutes and 3 days before their shows go out”.

As a passion project, I appear on a VT easy listening station called Serenade Radio on weekend afternoons (under the nom-de-radio of Ben Golding, named after the nurse two minutes into this memorable station launch!). When, after recording, the death of a treasured artist is announced or the Grand National won, it is simple to to insert a relevant replacement link.  I suspect this voice-tracked station is sometimes more ‘up to date’ than many live presenters sat insulated from the world on air in their concrete studio.

Many good community stations use VT well too.  Running on small staff, they can whizz around gathering fresh content whilst the output purrs on. Remotely, they can insert links and freshen stories, as they wish. And, let's face it, even the finest BBC current affairs programmes pre-record chunks.

It's not lazy, cheap radio, it can actually be richer, maximising the value of personnel.  As Matt Deegan points out: “With presenters not being paid to waiting for songs to finish, we can then use their time in better ways - like building a YouTube channel around the breakfast show presenter with 100,000 subscribers and over a million views a month”.

There are, of course, notable examples too of how VT stations can sound truly awful. Outdated content being repeatedly aired, or missing chunks and car crash junctions. But is that not simply about poor operational management?  VT, operated well, should result in fewer technical and editorial errors, not more. If a station cannot manage its automated output well, it shouldn't really be on the air.

Isn’t radio about interaction?  Clearly, VT stations cannot respond to listener interaction in real-time, but they can respond a great deal more quickly than they did in the days when you wrote in for a request in the so-called golden days of radio. Listeners can get in touch via the website or app, and content can be cleverly channelled and incorporated if necessary, within minutes.  You can’t get callers responding on-air live in quite the same way but, again, many 'live' programmes routinely incorporate pre-recorded segments.

And -  of course - there is no dispute about live radio always having its place for particular programmes or formats.

RCS gave us intelligent voice-tracking many years ago, offering a chance to hear the last 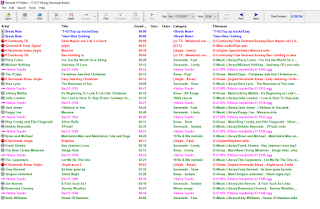 bite of the last song before performing  - and also other studio software like Genesys from Broadcast Bionics offer it too. There are also hugely impressive cost-efficient options: Station Playlist, Playout One or, from Germany, DigAS - from which the lovely Pat Sharp dispatches his content for his Norwegian shows.

Many systems also allow for presenters to record remotely in their home studios too. Yes, away from the team spirit - but also away from the politics and the business end of radio; and a way of securing talent who would not be available 'full time' for you. Kenny Everett spoke of his idol, the great Jack Jackson, and the accidental value of him recording his shows from his holiday home in later years, away from all the things which put presenters in a bad mood.  The future for many stations may well be virtual. Alone with your listener in the back bedroom. That's intimate.

As a former jock, I’d agree that nothing can beat the kick you get from a live show. But is that kick more yours than the listener’s?

How often do you have the live show from hell, which everyone else tells you was the best one ever? We are not always the best judge of how a programme feels when we are in the midst of it.  When you listen in to your own voice-tracked programme as a listener, however, when you’ve forgotten what you’re about to hear yourself saying, your assessment of your own performance is altogether more valuable.

This voice-tracking lark isn't as bad as I'd feared. Let's raise a much-deserved cheer for the people who really master it.