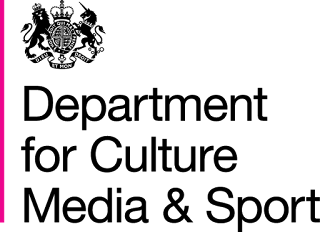 Thanks to the 67 folk who diligently responded to the consultation on future regulation of commercial radio.

Just over half favoured deregulation and, presumably about half didn’t. The half that didn’t embrace every shred of suggested de-regulation did include some radio stations.

In summary, DCMS announced today it proposes to press on with the de-regulation it had outlined in February 2017.

Ofcom are currently obliged to license a wide range of services. The view now that the radio market now takes care of this, and what’s more there are other places to go too. There’ll no longer be any obligation in this regard.

The national stations were originally licensed to provide particular sorts of fare (e.g. non-pop or majorly speech). Existing stipulations will remain on all three. Whilst it looks like there was some sympathy for AM (Absolute 1215) being able to do what it liked, that all understandably seemed a little too complicated at this stage of the lifespan of AM.

No more fun debates about whether ‘Eye of the Tiger’ is easy listening (as one licensee once suggested to me when I was a regulator). Do what you like. This area has already been hugely liberalised – and will now go a step further. DCMS however are giving further thought to whether specific protections are needed for Asian music.

Ofcom will have powers to set clear guidance on the provision of national and local news and core information such as travel news. The requirements may differ dependent on the size of the target audience for each station.  DCMS concluded there is no need for Ofcom to have the power to set more demanding news or other local requirements in the ‘nations’.

"To be credible (news) has to be sourced locally and be locally relevant".  "we believe there is merit in the new national and local news and information requirements containing clearer requirements as to local news sourcing." "We also think it is important for the the commercial radio industry itself to come together with a clear cross-industry commitment to promote best practice in the provision and continuation of high quality, locally sourced and locally relevant news."

There are calls for greater clarity on what ‘locally-sourced’ news means - and DCMS is looking to Ofcom to produce guidance.

Current guidance insists on a station having ‘direct and accountable editorial responsibility' for covering its area and ‘appropriate provision of professional journalistic cover, based within the licence area (or approved area)'. In the latest statement, DCMS recognises the values of newsroom hubbing, but also insists on the value of locally-sourced news (as part of the general thrust of thinking on the ‘democracy deficit’).

I cannot imagine Ofcom being any more prescriptive and requiring 'de-hubbing', as that would cut across the deregulatory thrust, but nor do I imagine it would be more generous in its definition. It will likely seek to define what ‘appropriate provision’ is - and will draw a less woolly distinction between the 'sourcing' of news and the location where the bulletin is delivered.  I hope it is not tempted into prescribing bulletin durations or onerous definitions of what local news is - or hyper-local definitions of where journalists might sit at their desks.

With the emphasis on news provision, there are further questions about on whom a new obligation might fall after digital switchover: the multiplex operator or the radio station.  DCMS will engage with the radio industry on this matter. It may likely be a bit of both, once the jar of regulatory fudge is opened.

Powers will be sought to enable Ofcom to license overseas services to broadcast from afar to here, starting with permission for broadcasters in Ireland. Thus, RTE would be able to be broadcast on DAB in the UK. Then after Ireland, maybe a nod to other places in Europe, if the operators behave themselves. Irish citizens living here may cheer if RTE does choose to surface on DAB here, given they'll no longer be able to hear the station on Long Wave after 2019.

DCMS is pressing ahead with the removal of localness (locally-produced programming) requirements.

You no longer will have to broadcast your station from its odd-shaped ‘approved area’.  It’s always been a bit of a nonsense – given once you are not in an area most listeners would define as theirs, you might as well be anywhere. There is some DCMS caution on whether, say Scottish stations, should still be required to broadcast from Scotland. It seems that Ofcom hope such stations will so do, and the news requirements and the general mood of licensees may help secure that.

DCMS asserts that it helps the transition to digital if Ofcom are no longer allowed to license new analogue services. DCMS were also persuaded that you should be able to hand back your analogue licence when it seems no longer particularly useful, without fear that a rival can apply for it. FM coverage may be improved for existing operators where helpful - but the vacated FM won’t go to new community stations.

Across this transition to digital, DCMS recognised the need for 'significant flexibility' in terms of renewals and extensions for licences. For smaller stations and community stations, an open-ended approach is mooted with licences renewed across a period covered by a future radio switchover 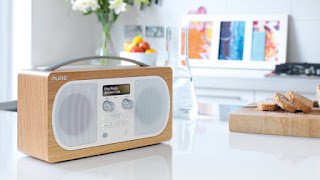 Until now, analogue licences have been renewed on the strength of a dollop of DAB enthusiasm.  DCMS is now persuaded by the arguments put forward by smaller stations that the requirement for them to choose between going through re-licensing and hopping on a major multiplex is not healthy. DCMS however is a tad worried that without a clear incentive to secure carriage, some multiplexes may fail. It’s mulling over whether the smallest stations could be exempt from compulsory carriage – and about some further flex on just how much of your licence area you need to serve on DAB to bag your renewal.

A multiplex operator seeking to change its bouquet of services currently has to go on bended knees to Ofcom. They won’t have to any longer. Similarly, there is an appetite for liberalising the application process for multiplex operators.

The next phase is for DCMS to bring forward legislation prior to analogue licences coming up for renewal in 2022. It recognises that this is a tough job, not least because Parliament is busy with, ahem, other things – so it suggests that Ofcom does its bit to change whatever it can now, in anticipation of longer-term reform.

Its going to be a long journey. And one imagines there's just the chance yet of some political obstacles.

What does all this mean?

The die is cast, and the commercial radio industry is just about free from the last vestiges of monochrome 1970s regulation.  Some will cheer at that, others will despair. In truth, much of the remaining regulation likely provides little real value to listeners.

What can happen immediately?  I suspect Ofcom will have taken legal advice on how far it may go within the current statute. Their lawyers will stroke their chins and conclude that Ofcom may go a little further than they currently do.  They’ll charge a little more for saying that though than I just have.

Where Ofcom have latitude – they will bend it further. Where the Acts are utterly prescriptive, they will not be able to move - for now.

In due course, what is outlined will likely and largely become reality. If you’re a journalist, I suspect this is all good news. After several regulatory changes which have resulted in smaller (but efficient) newsrooms, your jobs will likely be supported by tougher rules.

I suspect one early advantage for companies will be studio locations. Those stations anxious to move into premises which happen to sit the wrong side of the track will, at last, be allowed to call for the removal vans.  Ofcom have already shown some latitude in this respect – and can probably conjure up a little more with a few weasel words.

Similarly, the amount of local programming. The figure in Ofcom’s current '7 hours a day local programming' requirement is of its own making. It could equally well be 3 – at breakfast or drive. To allow stations to be wholly de-localised at this stage might be a step too far for Ofcom  without the primary legislation change. 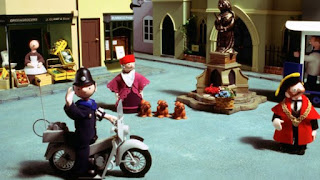 When the law changes, will all brands necessarily choose to nationalise their output and close down local bases? Probably not. I suspect that some will – and some won’t – and that’s likely good for both.

Whilst Radio Trumpton may stop originating programming from its fine stately home in the approved area of greater Trumptonshire/Camberwick Green, it might still have a local sales team and some local journalists in a mobile home in a convenient lay-by. Their rivals may take an opposite stance, putting up their local flag on the Town Hall and choosing to make more of local revenues and reputations. Some presenters may, sadly, feel a little more unnerved than they already do in our uncertain world.


Will any brands change music format?  I suspect that most now sit in territory where they are happy and strategically sensible. There may be a few brand swaps, with groups choosing to organise their frequencies more sensibly - and also one or two isolated major stations which would more sensibly carry a brand which would attract greater audiences - or audiences which are better monetised.

Overall, this is a sensible piece of work which helps commercial radio fight the battle for the ear this century, amidst unprecedented media change. Our industry now is largely in the hands of a small number of passionate operators, with refreshingly different approaches, who are producing programming of high quality and which still enjoys enviably-sized audiences.

It all feels very different from how commercial radio began - and for the sake of tomorrow's listeners, it's right that it does. I am not of the view that radio stations will only choose to do the bare regulatory minimum. I don't think they ever have.

The next year or two will be an uncomfortable time for companies - and indeed Ofcom - as they wrestle to do what most agree upon, but to which her Majesty has not yet been able to give assent.