The Difference a Leader Makes 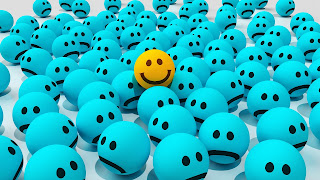 “Great people coalesce around great leaders – and who they can learn from.” (Simon Cole, former UBC/7 Digital exec)

Bookshops in airports are full of cheap publications on leadership, and I am ill-qualified to write another. It occurred to me however that many of the subjects I have interviewed for my RadioMoments Conversations series have volunteered some fascinating thoughts.

I cringe on recalling how I behaved as a new ‘General Manager’ at Leicester Sound in the 80s. Given my first management title, I thought that alone, with a few stern words, would be enough to motivate and direct the team around me - most of whom had more experience of radio than did I. They weren’t.

The gifted and sadly-missed John Myers remembered much the same of his early efforts: “I was more aggressive then (as a manager) than I am now” he told me. That may have been because, in his earlier career, he was managed by someone whose management style “looked quite vicious”. Role models matter, and like me, you may have observed those who are incapable of managing well, because they simply have never witnessed it.  By contrast, many of the senior figures in my Conversations interviews gush about the one person who truly inspired them.

John referred too to an early BBC local radio manager who "managed in the old Colonial style" – and would not even allow staff in the lavatory when he was using the urinal. 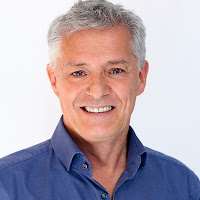 When faced with a critical early career decision in his BBC local radio days, Simon Cole told of a senior BBC radio manager who agreed to meet up with him to talk over the dilemma. Simon recalls that the lofty chap took the trouble to find out all about him, afforded him generous time and counselled wisely, even though that advice led Simon away from the BBC. Simon asserts how he “respects above all other” qualities” “the ability to give people time and to respect potential”. “We never know who the next great leader is until we spend time with someone who at the moment might not look like they’re going to be the next great thing”.

Great leaders persuade and influence. Simon Cole refers to another encounter: “like those great people in your life, he persuaded me that what he knew was good for me was the right thing to do”.

Simon recalls too making a text-book error as a producer at Piccadilly, prompting his MD Colin Walters to walk into the studio asking: “tell me, do we employ producers to ensure mistakes like that don’t happen?”.  “Yes”, murmured Simon. “OK”, said Colin: “Just checking”. There’s a way of making sure things don’t go wrong, and it’s not always telling off someone who’s already furious with themselves. 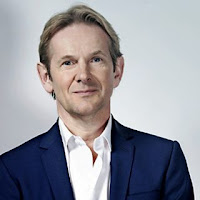 “It’s easy to know what you’re good at – more difficult to recognise what you’re not very good at", observed former Radio 1 Controller, Andy Parfitt. Former Chrysalis and Orion boss Phil Riley agreed: “I was never going to maximise my potential as an on-air presenter but I was quite good at organising other people and helping other people get the best out themselves”.

On managing change, a key job for any leader, Dirk Anthony (former GWR and GCap programmer) talked about the rigour and preparation needed: “My biggest interest in today’s world is leading change and how you bring about results through change in a way that’s safe - for people and for businesses, for organisations for shareholders”.

Whilst sound, reasoned judgement is key, few great leaders can demonstrate success without risk. In the words of John Myers, who was given 18 months to win licences or lose his job: “Life is a gamble”.  Many leaders embrace failure. The thinking goes that failure aids learning and if you’ve never failed you’ve never taken quite enough risk; and Simon Cole laments the way it is viewed by Brits.

"I've always been that elder brother - and occasionally, headmaster. I have never believed in giving people a real bollocking. I have a couple of times." - Tim Blackmore - early Radio 1 and Capital producer and programmer

It’s not a popularity contest. Famously, Margaret Thatcher said: "If you just set out to be liked, you will be prepared to compromise on anything at any  time, and would achieve nothing". John Myers referred to an early boss who was “A lovely man - but probably the worst (manager) I’d ever met”.  Great leaders can polarise. Whilst so many I have interviewed have had some flavour of Richard Park story to relate, there is no doubt about the way he made people feel when he wanted them to feel good. Pat Sharp relates how Richard took him out for a lunch after his last show.

It’s stressful. Andy Parfitt described managing change at the network as “hugely stressful” and, on leaving the Radio 1 Controllership after 13 years, he confessed: “You get used to being slightly on that adrenaline trigger and that takes a long time to withdraw. The effects of that for a decade are not trivial”.  In politics, Prime Ministers are usually retired by their country or their party looking visibly older than when they took office. Do our radio station leaders know when it’s time to step down?

Leaders talk to their staff. John Myers’s PA recalls how long it would take him to get to his office when walking through the building as he’d stop to chat merrily to members of his Team.  Former Radio 2 Controller Lesley Douglas recalls how, in her early career, her Director of Radio visited her in her own territory: “she came to my tiny little office in the corner of the ground floor of Western House and sat down and said please will you stay for six months”.

Radio is a mad world – and the greatest presenters can, on occasions, be complex to handle.  Andy Parfitt insists on respect: “You (managers) have to like or love and have a passion for what they (the talent) do”. If as a programmer, you feel you have no faith in your station’s breakfast show, you really should be making a change rather than making the team’s life a misery. You have to believe in it.

Often top talent may be earning more than you are – and seemingly less dispensable than you are. With regard to Chris Moyles, Andy said: “I really got on with Chris and admired him. If you have an authentic admiration for what they can do – then you’re at the starting gate”. Lesley Douglas’s love for Chris Evans was clear to see. Regardless of reporting lines, wise leaders cultivate a special bond of trust with the talent who define their station: “It’s a ridiculous word ‘manage’ talent – because you can’t" said Lesley. "The only way to get the best out of on-air talent is to have an ongoing relationship, a consistent relationship. The important thing is to talk about things so they don’t become big issues”. 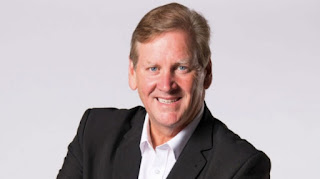 This ongoing relationship with key individuals point was echoed by John Myers speaking of his GMG boss: “He often just rang up to see how I was doing. Never work for anyone you don’t like or respect”.

Supporting your team is key. John Myers used to tell with a smile how he often did not show his presenters listener complaints “The reason I never told you is because I never agreed with the complaints”. The fruits are clear when talent and leaders reflect fondly on their firm but supportive influences, whether Chris Moyles on Andy Parfitt or BBC Northampton’s Bernie Keith on Stuart Linnell. Lesley Douglas pays tribute to a former Radio 2 Controller Frances Line: “incredibly supportive of me personally”.

Great leaders are not threatened by the calibre of those they recruit: “Find the best people you can get – and go for them”, said Lesley Douglas. The legendary Jim Moir would say "cast up".

As a manager, you will become better. “I learnt a great deal about management and managing people.  I don’t think I got it all right at all – in fact, I was probably getting more wrong than right ‘cos I was just 30 or 31”, said Phil Riley. Support matters too: "I was a little out of my depth", confessed Helen Boaden (Radio 4, Head of BBC News, Director of BBC Radio) as she was promoted to her first senior role: "I was the most junior member of the management team. I had to make the first compulsory redundancies in news in ten years - and not a single BBC senior manager came to help me - and I have never let that happen to anyone else". 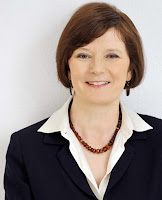 People need to be recognised. Paranoid, insecure creative types such as many presenters certainly do. If you are on-air, nurturing even groundless fears about whether your manager rates you, you are possibly not going to produce your best work.  You’ve got to believe in yourself to even bother opening your mouth on-air; and your manager should help that with genuine and specific approbation. Helen Boaden related with a smile the early feedback she received as a manager, when a programme producer implored her to start by saying something positive about the programme before launching into what could be better.

After a challenging year at Orion Media, Phil Riley sent me one of his hand-written notes. I know the exact words he used - as I have kept it to this day. Whether a note or an occasional smile and thumbs-up through the glass when you’re on-air - it all pays dividends.

In radio and, I guess many sectors, the spirit of the office counts for something. We've all worked in a building where a visit from a head honcho casts a cloud which can last months. “You’d have men walking about in suits – and as nice as they were on the surface, they weren’t Virgin and they weren’t Ginger”, said John Revell (Virgin, Ginger). On the other hand, regulator and programmer Martin Campbell spoke of how other leaders use 'scarcity' constructively.

What other qualities are needed?  Andy Parfitt attributed “Courage of conviction and intellectual rigour” to his predecessor Matthew Bannister.

Andy alluded too to the British military doctrine: 'Serve to lead'.  “You’re there as the boss - to serve your people - and that service might be sometimes dishing out a total bollocking when something‘s gone wrong that easily shouldn’t have gone wrong - but that service is also about supporting and mentoring and coaching  and so on…”.

Great leaders aim high, but things can get in the way. Andy Parfitt said: "We’re all a product of our limiting assumptions – and it took me quite a long time to undo those limitations" (as a comprehensive school kid).   He suggested: “ambition and investment and clarity of where you think you’re going is required”.  Similarly, John Myers talked of how he felt when being summoned to meet Sir Bob Phillis at the Guardian: “(I was) the Carlisle lad who left school with no education whatsoever heading down to London to Guardian HQ to see the guy who had been deputy DG of the BBC to talk about radio”.

Behind the public confidence of many great leaders lies some private and healthy self-doubt. 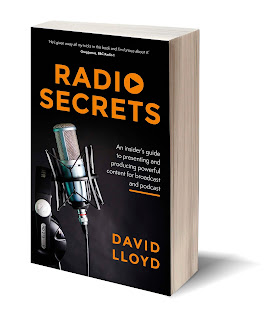 RADIO SECRETS - An insider's guide to   presenting and producing powerful content for   broadcast and podcast.