And now - the Chemists' Rota

In cold and snowy times, kids everywhere turn on their radios in the hope of hearing the news that their school is closed for the day.  They needn't really, of course.  Most schools now have other ways of getting information to hundreds of parents efficiently.  Educational establishments and their parent local authorities have bulk SMS systems; and some have colourful websites or social media.  If these are serviced well (and some are not), then it might be argued radio need no longer play the role for which many of us fondly remember it, from our duffel coat and mitten days. 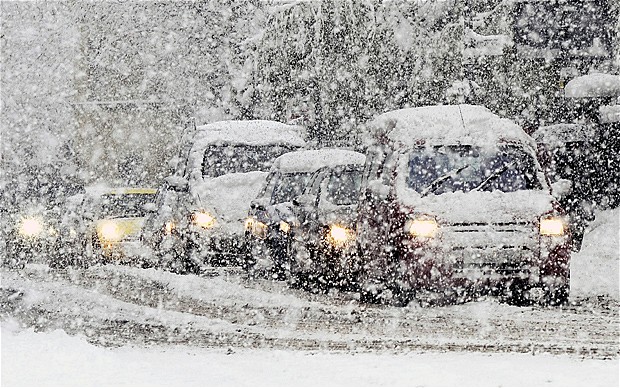 Mind you, that takes half the fun away.  Hearing one's school mentioned has became a ritual.  And radio stations quite enjoyed hearing  adolescents assuming deep voices as they pretended to be the Headmaster.
As the flooding of late 2012 hit, some stations responded in the time-honoured way.  Others did not.  Just maybe that's absolutely right.  Some stations are carving out a highly popular reputation as being purveyors of excellent music and entertainment; and they feel that dull lists of miserable information do  not merit a place on their format.   After all, just like with school closures, there are many other ways for listeners to get information; and even if radio is a useful solution for those on the move, there are usually other radio stations who have carved out their reputation, partially or wholly,  as being a local information portal.  I suspect it would take something of a major national catastrophe to prevent the Cartoon Channel from showing cartoons on TV. It's not what it does.

But, if you are going to broadcast a service for those battling with the snow, wind or rain, the World has moved on.  Yes, accurate information has a place, gilded usefully by  the station's online and social presences. But radio should be more than that.  Its real place now is not to serve as a shopping list; it is to be a friend, putting its arm round its tribe and helping each of them through.  Reassurance, sympathy and a few comforting words. A sense of 'we're all in this together'.  And the canniest of stations seize the opportunity to make dramatic listening from what is happening around them.  When inclement weather causes upset, stories follow; and that's what radio does best.

Canny stations like that also realise that it's important to be on-air locally, even late at night.  Yes, the audiences are small and you need to keep your powder dry for the peak audiences next day, but for the stations which attach value to this reputation, even a single, local, friendly voice speaks volumes.  If I ran a BBC local station, I'd be disappointed if we could not manage it.  If I ran a successful often-networked CHR music-intensive station, I might just stay in bed.
Of course, in the days before the World-wide web, radio was usefully just about first with everything.  Before television; certainly before press; and marginally after the town-crier.  Even if significant detail were required, radio was still called upon, despite the medium not necessarily being the most suitable.  Hence, such popular features as the chemists' rota were aired.  After all, in the days when so few shops of any kind were open after 5.30, it was crucial to know exactly which pharmacy might be able to hand over an aspirin.  Broadcasts like this 1977 example were accordingly commonplace.

Now the long lists of lost dogs and cats have largely gone walkies, just the Shipping Forecast and the Classified Pools Check live on as a memorial to this genre of broadcasting. Had the chemists' rota remained, that too might have been intoned in a similarly beautiful poetic rhythm.

Still in 2012, radio stations are relied upon.  We all know that.  Stations receive enquiries about the most bizarre of subjects. Listeners expect us to know the answers; and are grumpy if we do not.  From the opening times of a shop, to where a film can be seen; from the answer to a pub quiz to whether we know anything about a Grenadier Guards' reunion.  Every station will have stories of 'things our listeners have asked', and feel free to add a few below.  They trust us, and that's yet another symbol of the strength of our great medium.  So, in times of crisis, let's make sure that, at least, some radio stations respond in a way which makes most use of radio's strength as a friend.