Is there anyone any good out there? 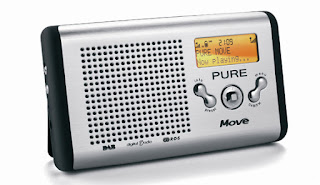 I can recite a few tales of stunning individuals who arrive in our clan, with the old blood surging through their veins.  They give their all: their own time and expense in pursuit of a long-term career they were born to achieve.  They never question whether they are to be paid, or how much.  They give everything they have; and, hopefully, those who take them in through their doors honourably make sure they are not out-of-pocket.  Such people are bright, bright-eyed and identifiable within seconds.  They want to help.  They give before they ask to receive; and by that time, you’re already keen to lend a hand before they even have to ask – because you are desperate they should stay with your company for the rest of their lives.  They watch, they listen; and they soak up what they need to know effortlessly.  Because they are interested. To see their enthusiasm make me dewy-eyed.

But am I alone in despairing, largely, of a generation?

There are others  who write in to us, not really knowing my name.  They suggest they want a career in media, but are not entirely sure.  They talk of what their long-term aspirations are, forgetting that we all have rather a lot on our minds.  Some even forget who they’ve written to, and mention other radio stations in error along the way. They have ideas of their own talents way beyond their abilities; and demand we spend our time offering feedback.  I wish I had the courage of Cowell, and felt I could simply fire back an automated email suggesting that they’ll never make it – and they should really focus their energies on something else. Like singing, radio attracts so many who are convinced they can do it, but really cannot.  Great performers make it sound easy.
I recall one person we once took on for work experience who turned up at 1030 a.m.  When I gently suggested we turn up a little earlier , she explained she’d been out late so had only just got up.   I recall another journalist applicant who found it tough to suggest what key industry might exist in rural Lincolnshire, even when I asked her what she saw when she stared out the train window.

Syndicated emails sometimes plop into my Outlook from students asking me, effectively, to write their media exam answers for them.  I write back and ask them to formulate some genuine questions.  I rarely hear back.  And there are the eager mothers writing on behalf of their surly 17 year olds, asking for help in securing work experience or employment.  If I were a parent, I fear I’d stick my nose in and be just the same, but actually, the people we really want are the 17 year olds who have the initiative to get off their own backsides and quietly make their own overtures to us.

There are some great radio courses, run by people I respect deeply.  They are probably as frustrated as I am by the others in their field who appear out of touch.  Courses which specialise in talk radio, without a hint of education about the science of music radio, despite the fact that all but a handful of station amongst the UK’s many hundreds play, at least, some songs.  Instead, there are hours spent on coaching students how to build three-minute features on mice in windmills.  Even Radio 4 chooses only to play a ‘package’ on The Today Programme, when the line goes down and they get desperate.  Where is the coaching on how radio communicates; and how do you cajole a reluctant caller to going on-air and creating a truly astonishing piece of radio? Where is the coaching on language? Where is the coaching on business?  Are aspiring radio journalists coached sufficiently on how they sound? Do they step back to consider how much of their bulletin has been received – and remembered - by their audiences?  Judging by the robotic delivery we too frequently observe, maybe not.

I fear I may get political when I amplify my concerns that the UK spends billions on education, yet do we get a flood of quality applications when we advertise a job? Whether it be news, imaging, copy-writing/creative, social media, sales, manager, or software developer.  No.  Whilst we are often highly delighted with our eventual recruit who defies the trend, we do not always get the range of applicants we  expect  for such a truly great industry.  Why is it too that frighteningly intelligent people arrive, seemingly lacking the ability to write English to a decent standard.  I lacked the benefit of a university education, but whatever the nature of the Degree, should we not expect a vaguely acceptable standard of writing from one of the UK’s many graduates?  Not least because, increasingly and maybe perversely, radio demands that, with its ancillary online and social media channels.

The range of jobs in radio is often misunderstood.  Beyond ‘being a jock’ or ‘working in the newsroom’, the wealth of opportunity is ignored.  Which radio station would not bend over backwards to a bright personable, hard-working, persuasive individual, interested in radio, saying ‘I’d like a career in radio sales’?  Maybe it’s that old British thing which looks down on ‘sales’ as some dirty job.  That’s why this country invents great things and never quite extracts their value. ‘Sales’ is a dirty word at a dinner party.  We’ve all met bad salespeople in our general lives in all fields - and we’ve met truly great ones.  Is it just not 'British' to aspire to be UK radio’s best sales person?  Combine, also, sales with programming: devising and selling great promotions and sponsorship is a wonderful job; but where are the applicants in our email boxes for those positions from people with a self-evident flair? What of creative writers to write great persuasive and award-winning radio ads?  Where are they educating the next generation to tackle such skills?

Because we are such a fascinating, enjoyable industry, at least some applicants defy the above and shine through.  I wonder if that’s true of other industries.

Check my site at www.davidlloydradio.com