Who was Lazy Susan? 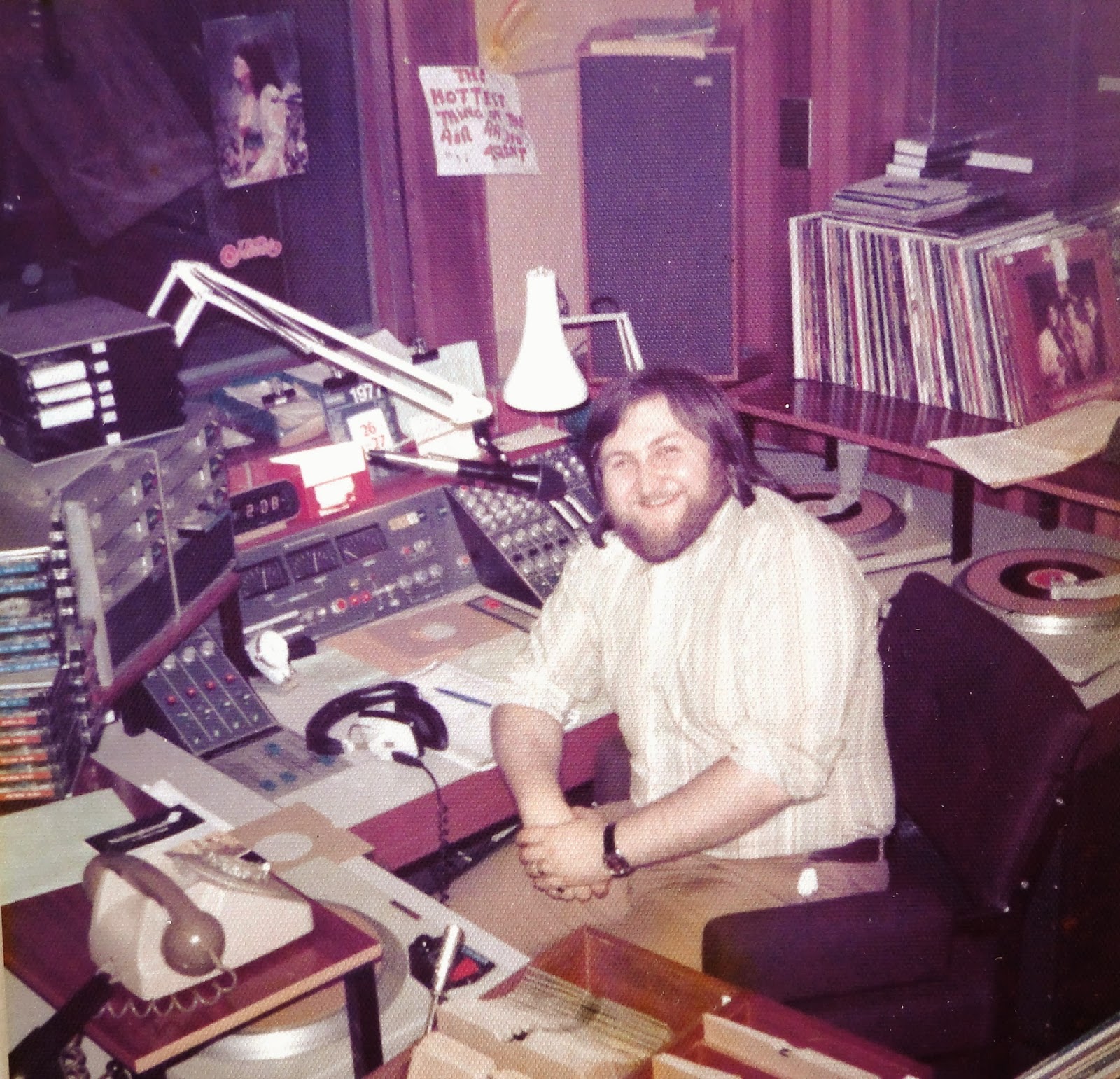 I have a great fondness for LBC, but you have to agree that its 1973 launch sounded as if we were about to go to War.  In some ways we were. This was the start of a battle to recapture listening from the Corporation, entrenched for half a Century.

And - without sustaining a military metaphor which ill-suits me - our poorly-funded, disparate army had: few weapons; un-tested leadership; little co-ordination; vacillating government support; a frequently revolting workforce; and, well, it was probably raining.

Despite the power-cuts and deep recession, the early '70s weren’t all grey.  Resplendent in my bright orange nylon shirt, I twiddled up and down the FM dial. This ‘new’ waveband was one of discovery.  On long hot nights, in-between police messages, you’d hear not only your local station, but the far-off test transmissions of stations about to launch in neighbouring cities.

Each one was so different, dependent on its genes.  There were those, not surprisingly, with the BBC influence: formal, yet professional, like BRMB or Hallam.  And there were those run by colourful characters who simply sought a foothold in commercial radio, seizing the opportunity to launch in whichever  franchise area they won.  The Sunday Telegraph compared Beacon's 'flashier youth-oriented studios' with "BRMB's dull, business-like atmosphere".

On-air, the differences between stations were clear to hear.  Whilst Trent closed down at night with a loud Sassafras track and a long brilliantly-produced jingle with drums to die for, Hallam went to bed with a fireside chat redolent of the Light Programme. And the National Anthem.

Those obtaining a treasured franchise had to curtsey to the regulator, the IBA.  A lean-to marked ‘radio’ had been nailed onto the remit of the television police, and the tough TV rules were Sellotaped to the foreheads of their new charges.  I recall being reprimanded for mentioning the Mini Metro too much; and sitting round the table as the IBA’s tartan-skirted Local Advisory Committees told us where we were going wrong.

Like most things, including your staff and programme schedule, "going 24 hours" required IBA approval; and rather more of the limited music ‘needletime’ than was allowed under the ancient copyright regulations.  The vast majority of stations, accordingly, closed down through the night.  There was, though. something amazing about opening up next morning.  You switched off the tone on the racks room; and dashed into a studio buzzing just  with FM fizz and crackle.  The studio was put live; and you fired the tape cart bearing the station theme.  As the drums crashed through the silence, another day was born.  And you’d started it. 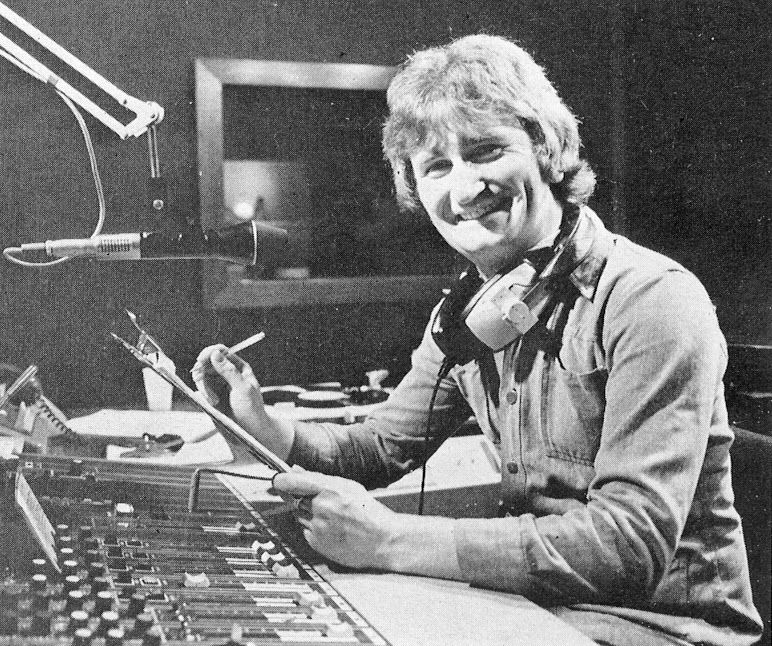 Many of those involved in this first phase of commercial radio had UBN (United Biscuits Network) provenance. This closed-circuit network entertained a Jammie Dodger workforce from its Osterley sudios.  It became a honing ground for the likes of Graham Dene, Dale Winton, Adrian Love, Roger Scott, Mike Baker, Nicky Horne, Steve Allen, Neil Spence, Giles Squire and John Peters.  That UBN sound was clear to hear across the new network: a warmth and energy; a slight mid-Atlantic flow, if not accent; and an emphasis on sound rather than content.  And often that slight familiar ‘shhhh’ at the ends of wordsssssshhh.  But these guys knew what music radio was about.

With the IBA peering over your shoulder with a machine gun, most stations did what they were told, or risked not having their franchise rolled, as happened with the renegade Trent and Beacon.  Hence, most sensible programmers eventually created a successful compromise music radio station, which was fine when there was no-one down the road doing anything else.  Seventies Soul would be segued with slices of speech, despatched through lists of ‘what’s ons’, lost and founds, ‘swapshops’ and late night or lunchtime phone-ins.  And the weekly phone in with the Doctor/Vet/Lawyer.  At Trent, we even did a monthly one with Bill from the DHSS. Thankfully, Bill was a star and thus the hour flew by a little more quickly than it otherwise might have.

Some stations boasted the luxury of a music policy and target audience, others appeared not to worry too much.  Many felt that a song in the charts must be played.  And Number One certainly so.  At Trent, we had the sort of sensible music programming on which Selector was later based: two boxes of vinyl, each divided into A, B, C and D sections.  Each day and show alternated the boxes.  Each hour then had a paper clock which told you when to spin an A, B, C or D.  Oldies were free choice, but their vintage was stipulated.  On Friday lunchtimes , I played oldies, not because we thought that was a great idea (although I enjoyed playing the Four Tops), but that was the hour when the playlist boxes were refreshed.  We also had a ‘record of the week’. Yup.

The joy of computerised music scheduling by Selector was predictably divisive.  Nowadays, few jocks on a commercial music station would expect to choose many of their own songs, but back then you looked forward to a lively argument.  For well-programmed stations it was a logical shift, but for the less organised, it made for a moral dilemma. Hear here Keith Skues from Hallam and Alex Dickson from Clyde discuss that very topic in 1988 from the safety of history. As one programmer once explained to me: “some presenters can probably programme better songs consistently than Selector can, but most can’t”.

You and an embroidered Radio 2 were the only FM inhabitants and, given there were no other pop-pickers in  town, many of these stations enjoyed appreciable success.  Reach within the part of the UK covered hit 32.9% by 1978, largely by individual stations.

In those days, if you were on the radio, you were a star. Most presenters can relate tales of those listeners who got just a little bit too close.  One of mine wrote daily, perfumed letters to me, sometimes  20 pages in length, declaring her undying love.  Every song I played was for her, she thought. She drew diagrams of what she’d like to do with me.  Every gig, she turned up at.  Ah, gigs.  You’d be recognised when you opened your mouth in the newsagent, and be called upon to open all manner of coffee mornings and galas.

There was no IT department, but the waft of flux sailed from the engineering department, replete with engineers of all shapes and sizes, poised for those frequent OBs.  Studios were inspected and IBA-approved, and built to ensure that the sound of a nuclear explosion in a neighbouring street would not drown out the Classical music show.   A Features Department chopped up all the non-news talk; and secretaries huddled over their golf-ball typewriters.

They were carefree days on-air.  I was never sure whether we had hit audience or sales targets, although I did notice when there were few ads.  Back then, there was a legal limit of 9 minutes per hour, and until the mid 80s, absolutely no sponsorship or promotions.

With just 19 stations, and rarely an overlap in your market, talent battles were 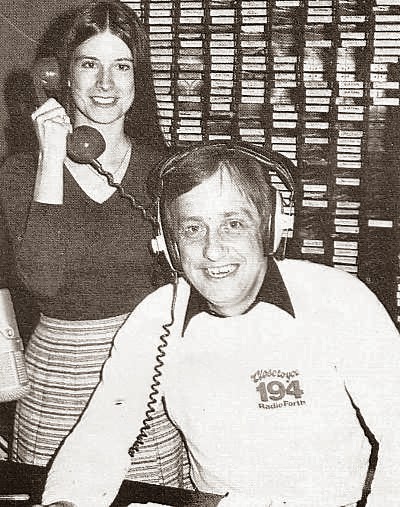 largely absent.  Fees remained low, and presenters stayed in one place for a long time.  We did change our names, though. Usually to a double Christian name or something alliterative.  I was nearly Paul Prince until my mother suggested it sounded like a dog.

On the management floor, bosses sweated over the challenges.  You were one station of very few; and none in shared ownership.  Each MD had a very different idea of what commercial radio was all about; so an aligned view on any topic was a real achievement.  For a national agency to buy a national airtime campaign was complex.  Although national ‘sales houses’ were springing up, the environment in which ads were played, and the audience delivered, varied hugely from market to market.  And, of course, even if they bought time on every station, vast swathes of the country would still not hear the ad.

We could always rely, though, on those solid local advertisers.  The press back then, however, was a formidable opponent, and every sales exec’s desk was littered with Ryvita and display ads chopped out the local rag.

Unlike the US, where radio had been part of the advertising evolution for decades, radio was new here; and advertisers failed to grasp its power and influence.  Trust in the new medium was  low, and an early survey by ad agency, Benton & Bowles, concluded LBC and Capital "failed to achieve listening levels which even remotely justified the rates they were charging". In spite of all this, by 77/78, all the first stations had pushed into profit. 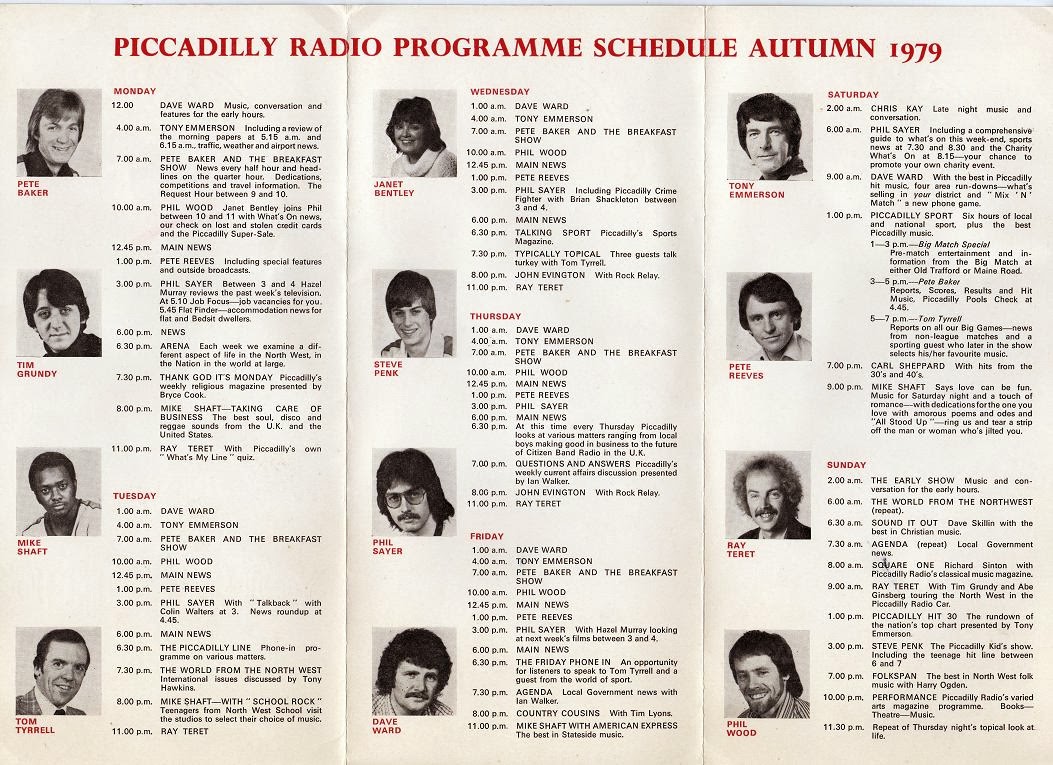 Mind you, the ads were fun. Not least when two people explained an exciting new product to each other over the garden fence.  Each ad, of course, was recorded onto a separate tape cartridge, and for each break, you’d retrieve the relevant handful of ‘carts’ from the wire rack.  A ‘Lazy Susan’, that thing was called, for some reason.  Mind you, that was as close to the jock’s microphone that a woman usually got back then.

As in so many industries in the concrete 70s, strife was rife; and sometimes, in radio, the segs went un-segued.  Several stations were frequently taken off the air by strike action; and management stepped in.  During one strike, the Trent PC, on-air one Sunday night in the absence of any other staff, announced he was ‘off to get a pizza’ as he played in a favourite long album track.  On another occasion, the Managing Director read a news bulletin in which he reassured listeners that he’d checked with the Fire, Police and Ambulance Service, and that "all was quiet".

Memos were typed.  There were not too many of them. They said much the same as now.  Don’t take drinks into the studio.  Don’t mess with the music. We've fired the breakfast guy.  They never said 'we've been taken over'.

How many of the challenges of today’s industry can be traced back to these heady days? Alas, too many; but with some pain, this obsessive industry is now assembling itself for life after 40.  A second marriage, and more success to come.

Hindsight, though, is a wonderful thing. The last 40 years have been an incredible journey and an absolute privilege to be part of.