Whose bright idea were Vox Pops? 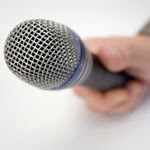 If I wanted to find out how some randoms felt about an issue, I'd wander up to my nearest bus stop and ask a few.  It saves on the licence fee, I get a larger sample size, and have a great deal more fun.

Someone, somewhere, once thought up the idea of the vox pop.  Maybe it was simply a way of occupying trainees.  Go find some people.  Ask them a question. Bring back hours of rambling material and edit it. Here are some helpful hints in doing just that, if you must. And, yes, it is a great training exercise. And it surely sorts out the genuine work experience folk from the MD's sullen son.

I have yet to hear, however, any vox pops which add any insight to a topic.  Grumpy blokes in stained Puffa jackets uttering ill-informed platitudes; ample women in spotty head scarves nodding along with their friends and completing each other's sentences.  Whether on radio or TV, they truly are pointless.

If you're very lucky, there's a funny one to conclude.  Without that, there's simply a pause before the ensuing story, as the newsreader muses 'not sure why we did those'.  It feels a little like those uncomfortable moments after a speech where no-one applauds, or the silence after a joke that fails.

There is a case for soliciting specific views from an identified selection of people. I am interested in hearing whether the neighbours of a murderer suspected anything.  Or listening to those angry commuters  who have just hopped off a train which was delayed for seven hours. I was interested in hearing from bristling party activists attending party conferences as to how they viewed what they had just heard, as Radio 4 allowed me to on the incomparable PM programme. That is insight.  They bring something: a direct experience I may not have had. But they are not Vox populi, they are Vox vicínis, or Vox viatores or whatever.  I knew my Longman's audio-visual Latin would come in use one day.

Stories are interesting - and those latter views are part of a story being told. Opinion is not usually quite so interesting, unless those views are passionately held.  When someone volunteers to call a show about a topic, they have a real interest in it, and there is often a painful and personal story behind why their view is so polarised.

That is wholly different from walking up to any old idiot and saying: "you are going to appear on radio whether or not you have much of value to say or any interest in the topic at all". In fact, those producing these random vox pops seem to go out their way to find people with as little knowledge as possible. 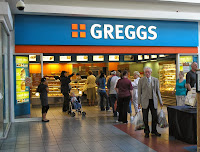 "We asked the people on the streets of Bristol what they thought".  No you didn't, you asked a few bored folk en route to Gregg's. It would not pass muster with IPSOS-MORI. It's neither statistically sound, nor enlightening.

Some BBC folk may mutter something about the benefits of hearing a range of voices on-air.  Keep such cliches for your next Board.  I know what you're getting at, but I can hear a range of voices on the train I am about to jump on too. I'd rather you gave me insight.

If I wanted to hear the views of the man on the street, I'd ask one.

And those people should not be listened to who keep saying the voice of the people is the voice of God, since the riotousness of the crowd is always very close to madness.