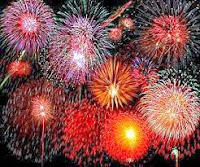 Much has been made of the Christmas TV schedule  - but what of the fare in radio-land?

Some good stuff, actually, on the 'airwaves', as the press might say.

But some things puzzle me.  Why do presenters insist on saying they are 'sitting in' for someone over the long festive spell?  Given all festive shows are abnormal, you can claim them as your own rather than anyone else's.  On Christmas Day - you're hosting a great Christmas show which fits the mood and one of which your station should be proud. Why feel obliged to mention the talent who's not on?  You can treat every programme as a 'special'. Most folk don't even know what day it is, let alone who 'should' be on.

My best example may have been tongue in cheek from the great Tony Blackburn, when he said that Robbie Williams was 'sitting in for Dermot O'Leary'.

Twitter was awash too with tales of radio stations doing commercial-free party shows into the new year.  Why, oh why, should commercial radio boast to its listeners that being commercial free is good?   If their listeners heeded that implicit message, then they'll all be off to the BBC.  Forever.

And on that special New Year's Eve, shall we all stop imagining that listeners are likely to put your station on whilst they party. When did you last go to a party like that?  Let's play to radio's strengths and entertain and involve in either an upbeat mode, or reflective as your format befits.  And, as I recall the great, late Ray Moore, I know I'd take the reflective route on Radio 2 and BBC Local, bearing in mind the sorts of listeners who're likely to be listening at that time on New Year's Eve.  Alone, frankly, wanting a bit of company.  And how great is radio at providing that.

Just heard  BBC Local Radio just now trumpet that 'normal programmes are back from Monday'.  Is that an apology or a boast or what?  Not sure it's much at all really. To me, normality is boring, it's like 'back to school'; and who wants that.  Sound excited about something.
at January 02, 2014