My favourite focus group participant ever was the woman in the brown parka who returned to the room just afterwards and asked if she could take home the unopened packet of Pringles.

Focus groups are seriously bad for the health.  Some contributors make you want to pull your hair out.  But they can inform strategic decisions, help air talent coaching, and frequently challenge radio 'wisdom'.

The sorts of people you want to hear from are wisely recruited with care, usually via a capable third party.  Sometimes the right candidates are loyal listeners, but more often they are casual or competitor listeners; and the sorts of listeners you aspire to own.  Having said that, no matter how often you tell yourself that you have paid to hire people who don't love you very much, it's utterly demoralising to sit through endless hours of chatter from those who, well, don't love you very much.

I recall some of my first groups, held in about 2001 in Yorkshire.  We conducted two simultaneous assemblies, one comprising 'Galaxy listeners aged 20-29'; and the other made up of 'ILR listeners, aged 20-29' who were Aire or Hallam devotees.  The groups waiting in the lobby could be distinguished just by their dress sense.  One group pulled off the art of wearing tat; and the others wore slacks from Burtons. It was a divisive decade. 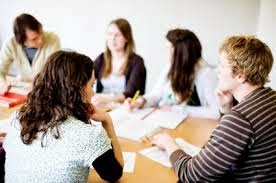 In those days, we commissioned a proper facility in which to house the discussion, equipped with cloudy one-way glass through which we stared angrily whilst a calm pro with a clipboard conducted the discussion to our specification.  Nowadays, I prefer to use a hotel room with a dozen recruits, and conduct them myself.  That way, I can ask the questions I really want to; and the invaluable supplementaries.  Fuelled by years of watching quietly, I feel I can now just about pull off the art of posing as a random bloke from a research company with little interest or knowledge of radio.

You get the quiet ones in the room.  You get the noisy ones who dominate, including possibly one anorak who knows a little too much.  And you get the one who said he was going to the loo after being paid, and disappeared.  I have your phone number, Sir.

But, mostly, you simply get a sobering insight into how people really feel about your station and your competitors.  I know exactly which words they will use when I ask about all the radio brands.  I also know that listeners remember all the things you thought they would not, and they forget those things you spent years planning.   You have to control yourself as a listener talks utter rubbish; and suppress the inward cheer when a perception you have sweated blood shifting has indeed changed.  Some listeners you want to kiss with joy

They know a lot about some presenters and little about others. I often wade innocently through a list of presenter names, from our stations and others, and I fear that some nationally-established  names would be shocked to know that 70% of people may not actually know who on earth they are.  Then again, when a presenter's name and life is duly recalled, and stories flow from a listener's mouth about something  the presenter did on-air a year ago; or they tell of a competition and even mention the sponsor, it's gratifying. 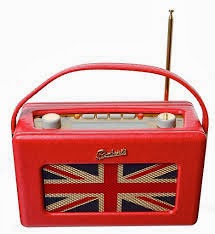 It's not just about the station. It's how radio fits into listeners' changing lives; and that's something we all need to comprehend.

Here's a guarantee. There will always be at least one key finding.  A gem of a remark which will change the way you do something fundamentally - forever.

On the BBC 5 Live review of 2013, I heard the wonderful Geoff Lloyd worry that radio now relies on focus groups and the like, and therein lies one of its challenges.  I'd suggest the opposite. Often it is the views of real listeners which can over-turn predictable, conventional radio wisdom in a refreshing way.  Just do not ask listeners to predict their future behaviour. Just like you and me, they really cannot.

Without insight like this, it's tough to remain confident you have a decent idea of what listeners want to hear.  Not least when you are too young or too old to be  amongst your own target audience.

Rajar's a lovely thing, but at heart it is but a dusty trading currency.  By the time a programmer gets hold of those historic figures, it tells them what a few people think they might have been listening to quite a few months before.  It does not tell you why; or how vulnerable that audience is.  If, for that necessary qualititive data, you rely simply just on the views of those who choose to get in touch with your station; or those you bump into at a WI meeting; or the instinct of a rather too detached manager or programmer, then you may have an issue.

We love radio so much, it is tough for us to be objective.  Listeners  can be brutally so.