“I hate the sound of your voice” said a listener text the other day to an old colleague of mine whilst he hosted a weekend show on a commercial music station.

Listeners can be brutally honest. Actually, they can be downright rude. I cannot imagine walking into Tesco, not liking the decor and shouting at the manager ‘I hate your store’.

There is a sense of ‘ownership’ listeners have which leads them to believe that the station is for them and them alone. If you dare to do anything which displeases them, they feel thoroughly entitled to be abusive.

Once upon a time, we used to get complaint letters. As an on-air PD, I recall one wonderful one about me, to which I took some considerable pleasure in replying. Back then, sheets of Basildon Bond and calls on crackly lines were the only source of comment.  Now, minute by minute whilst on-air, sensitive presenters are subjected to real-time comment.  A rude text; a snide Tweet. When you’re not having your best show, they don’t help. Frankly, even when you are having an excellent show and getting great feedback, it’s still only that one snide comment you mull over painfully as you drive home.  I suspect actors and the like get the same live feedback now as they sit watching their own work unfold on TV.   Poor luvs.

Given such feedback is relatively anonymous in the first instance nowadays, much of it is not 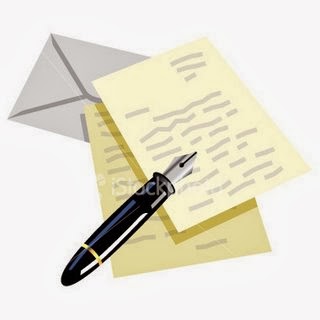 shielded with the objective rational politeness which normal people would exercise in their day to day lives. That's a pity.

In commercial radio management too, we are rather in the frontline.  Shouty listeners ring to demand what on earth you are doing with their station.  The number of years they have been listening is in direct proportion to the volume of the complainant's voice. I suspect when such calls stop occurring, we should start to be worried about the diminishing power of radio. So I comfort myself, after another agonising half hour on the phone.

In the private sector, under the threat of the OFCOM gun, we are obliged to have a delicious page on our websites ‘the Public File’ in which we must detail exactly what we do on-air, how to make a complaint and who to speak to.  Who to blame.  The File even has a specific name and place on our websites lest listeners find our sites as tough to navigate as OFCOM’s own.  Most of us have other places on the site too which facilitate easy email comment which drops straight into the correct management mailboxes.

I suspect that most sensible commercial station management place a priority on getting back to complainants as promptly as they can, and doing their very best to explain, correct or apologise.   Often, such complainants are so pleased someone has taken the time to call back and consider their comments, they become surprisingly constructive.  Some complainants make the most ridiculous points, others make thoroughly justifiable ones and are rather taken aback when one replies 'I agree with you'.
Is it ironic that the BBC, funded in the way it is and charged with public service obligations, does not carry a similar obligation for a ‘public file’ for its local radio stations, or any other public listing of those who run the stations?

If one has a BBC local radio beef, and presumably ventures to the relevant section of the BBC website, one finds a form. Eventually. It is a long journey. From the relevant radio station ‘front page’, it is the menu from hell, with no fewer than 13  enjoyable clicks and options  before one is allowed to begin depositing one’s tirade in the white box.  We’ve probably calmed down before then, having taken our frustration out with each keystroke. Maybe that’s the idea.

It’s just a form though.  No names, no-one to blame.  A trip to the excellent MediaUK site or relevant Wikipedia page might yield a useful contact name of some executive, but that is maybe not quite what a listener might expect.

The BBC complaints system is centralised, and comments are filtered before being referred promptly for action or consideration.  I have a hunch most listeners would prefer to pick up the phone to their local radio manager.  I suspect too that the best BBC local radio managers, frankly, would rather deal with things that way too. Should people in their local cities know the names of the people who head their local station? Some do indeed volunteer a public face wherever they can. Others are rather more reserved.

Some listener comments, of course, are very much the opposite. They fall in love with you. That’s often worse. x