Radio Nightmares. Do you get them? 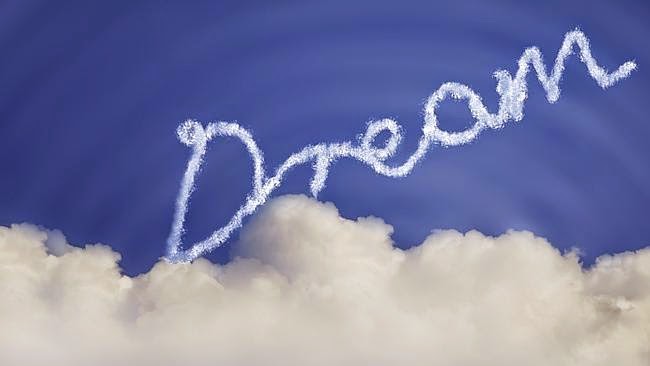 It's the worst show ever in your career. Nothing works. No guests turns up. You can barely speak.

It's a recurring nightmare for me; and I gather from many friends in radio, it's a common burden.

In mine, I'm sat at the mixing desk on the swively chair.  It must be the 80s, as I'm playing vinyl.  At least, I'm playing all the songs I can actually find - for some reason there aren't many in the studio.  The ones I can grab are all tracks I have never heard of.  There is accordingly a real  fear that I just won't have enough music for the show.  I resort to B sides, dumping the needle on the disc in panic actually as I speak.  It lands half way through the unknown track, perilously close to the run-out grooves.

The painful detail is remarkable. The news jingle is 13" long, but the second hand on the studio clock appears to be moving more quickly than usual, and I miss that crucial point at which I should have fired the ident. Damn.

I can speak, but not properly.  For some reason, amidst the carts and other 80s ephemera, our current Free Radio (Birmingham) travel presenter, Chiara, pops in and leans over my microphone to chip in.  I fear indulging in conversation to fill time because she is not known on all the network frequencies I'm broadcasting on.  Even in my dreams, 21st Century complications crop up.

They say that dreams are a way of the brain performing a computer audit.  I fear this one is more akin to a Blue Screen debacle. Time for a de-frag.

According to Twitter response on this theme, @DanielJOwen is more like me in his dreams than he is in his politics: he also runs out of vinyl singles.  @Matt is a touch younger and his dreams are typically digital: he's frantically tracking down the next CD for Classic FM.  Thinking about it, relaxing Classic FM programme dreams must be a little less onerous than CHR dreams.   Mind you, @Alan Matsell is always late for  his show in his dreams, and he's missed the 'news-in' completely.

These colourful adventures are clearly related to one's specific route in the business: @RadioMikeHill recalls his Studio Manager days. Staring through the glass seeing  a presenter's lips move, but even he cannot get a peep through the desk. Turn it off and turn it on again, Mike. @Ian Deeley hasn't had one of those dreams for a while, but he remembers them.

@SuekCraft is on nocturnal production duty, although sadly the guest she has booked has not turned up. She's on the phone trying to get another contributor who's been inked in as a phoner.  Guess what. They are not answering either.

The talented @Breathwick is on duty in the newsroom of her dreams; frequently waking up sweating from the 'faders aren't working' nightmare'. I'm sorry we cannot bring you that report either. Nor this one.

Like me, @JamesCridland has not been at the front end of a desk for some years. Yet, inexplicably, the aged dreams persist.

The dream exhausts you. No definition of it ever appears in any of those tacky 'dreams explained' books   You wake up  - just appalled at your performance. And you don't even get a show fee.

Thank goodness we don't do important proper jobs.  Hello to all those doctors and pilots out there.