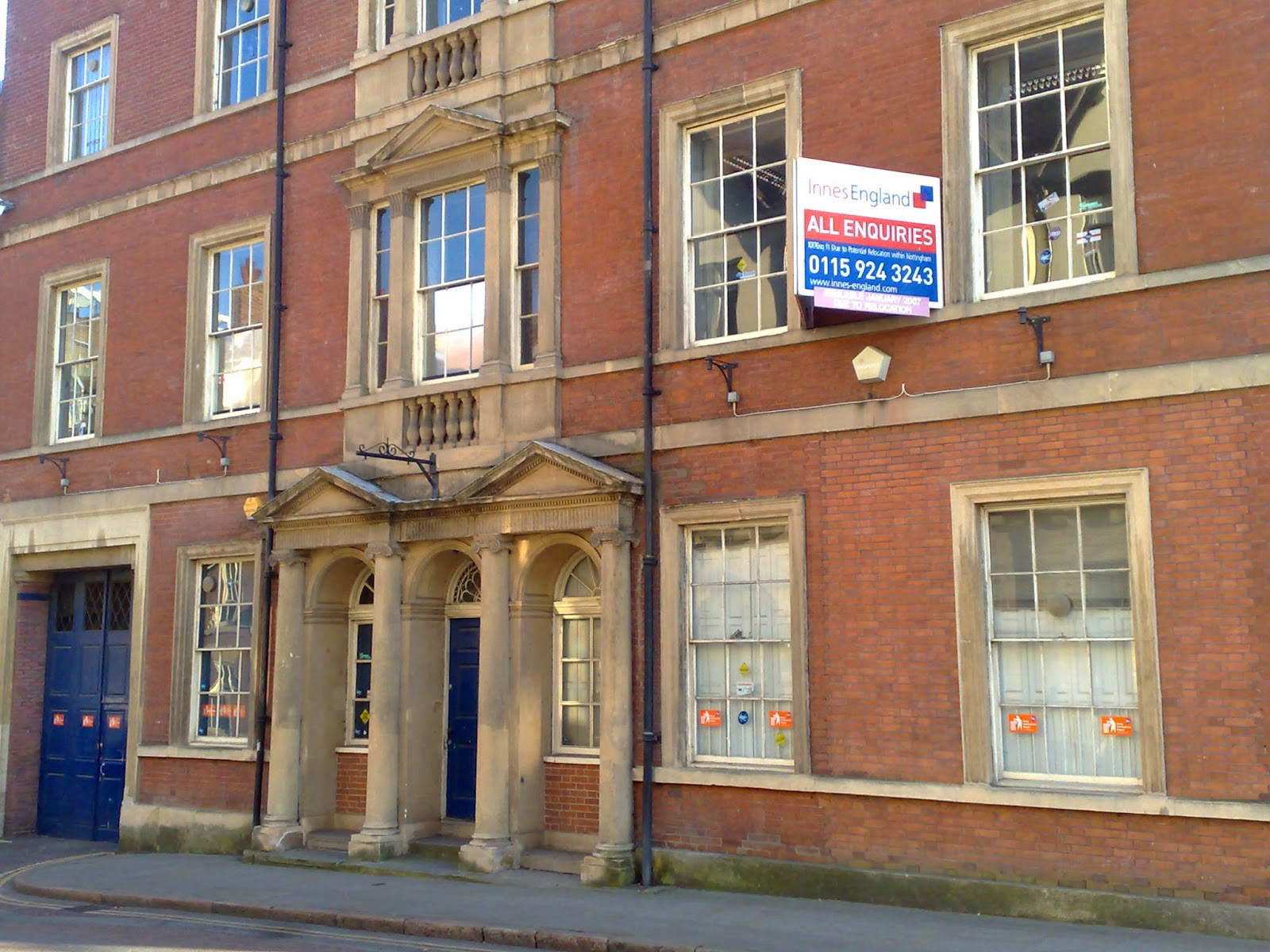 The unmistakable sound of someone being sick in a toilet.  It’s not the most attractive sound, but one which sensible late night disc jockeys at Nottingham’s Radio Trent claimed to hear in the depths of night, when alone in the station’s 1794 building.

That was just one of the odd things reported from this former women’s hospital, which had clearly witnessed its fair share of deaths in its early period.  Others reported a ghost wearing a hat frequently gliding through the main studio; and an old woman wobbling a table.  Maybe not too surprising when one remembers the subterranean studios were once the hospital’s mortuary.

Castle Gate, the home of the UK’s13th ILR station, was not the only set of premises which was said to house an extra ghostly freelancer. Back in the early days of commercial radio, it was almost mandatory to find a building with a rich past, regardless, it seems, of how unsuitable it was for a fast-moving media business.

Wiltshire Radio, later to become the lead player in GWR, was housed in a 17th Century house. The first MD’s PA reported a pipe-smoking chap appearing in the Lime Kiln studios complex, only to be heard falling, leaving behind just that unmistakable smell of pipe smoke. On another occasion, it’s reported that the plug to an electric typewriter was pulled out its socket, held aloft, before being replaced. I also gather in later years that a ghost was said to turn on the TV to adult channels late at night. Were they not the days, though, when stations had uniformed security guards sat there alone in the wee small hours? 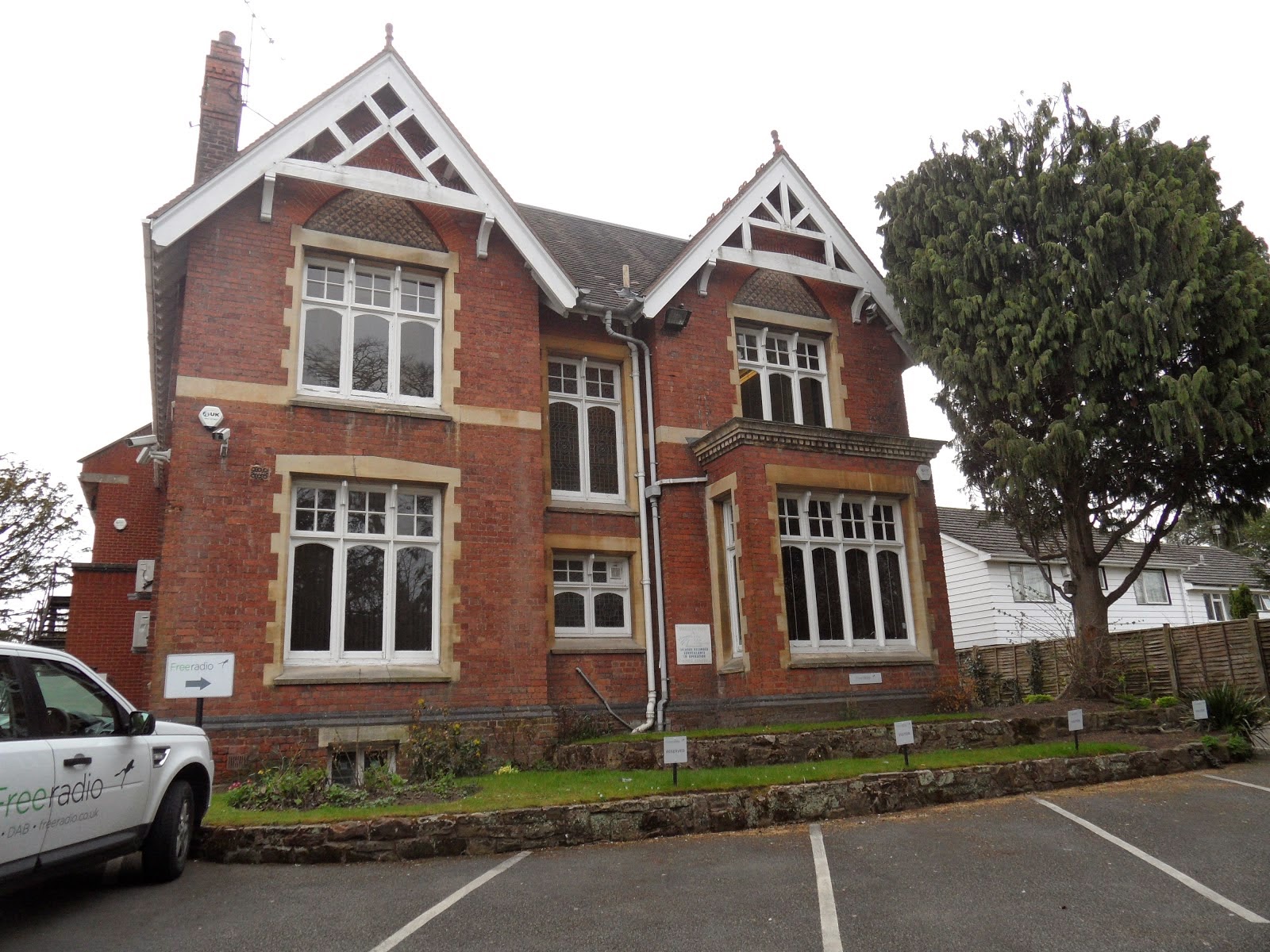 Beacon Radio’s original premises on Tettenhall Road in Wolverhampton had been a roomy orphanage, and again the home of some considerable teary bairns through the years.  One spooky room was said to house the ghost of a poor baby who passed into the spirit world back in the 19th Century. Little wonder paranormal investigators would routinely ask to spend some time in that building; and it was to be featured in 'Most Haunted'.

Surely something spooky happened in the 1876 ecclesiastic Leicester Sound building next to beautiful Victoria Park?  Indeed.  In this Downton Abbey house, I gather someone hanged themselves on the stairs, in its life before radio.  Gazing at the stained glass windows on the first landing, in the light of the 40W bulbs, it’s easy to imagine. Upstairs on the top floor, in what was believed to be the nursery, poor little mites, stricken by the many illnesses of a century past were said to live on; sat, no doubt, on a pile of paper ad logs and playing with the daisy wheel printer.

I take no delight in announcing the demolition of old West Canal Wharf building from where the ill-fated CBC (later Red Dragon/Capital) was launched. Even though launch PD, Dan Damon, did say he’d get back to me about a job I’d applied for in 1980.  Still waiting. That old place is said to have had its fair share of apparitions.  Maybe they set fire to my rejection letter before despatch.

Let's not forget good old Red Rose radio (now Rock) where hardened journalists would fear the late shift. Booooooooh. And BBC Radio Lincolnshire's home to this day, the former Radion cinema on the edge of the historic quarter, which is said to house a lone usherette to this day, serving lukewarm Kia-Ora orange juice to enthusiastic BAs.

It's not just here in the UK. These things appear to happen around the world. I gather a station in Jasper, Alabama also claims its own resident ghost. Like Trent, it uses the loo.  But let’s not worry unduly, though, about WDIE, where every single breakfast host died within three years of being given the peak show.

Given there is no definitive book on radio ghosts, I am certain this list is not exhaustive.  Do feel free to add your own.
at October 29, 2014