My old man is 94. He loves his mobile phone and his iPad;  and merrily plays Olly Murs loudly from YouTube. He banks online.  He's not old-fashioned. And he says he doesn't feel old.

Whilst he likes Olly and Leona Lewis; he also enjoys Doris Day and the harmonies of the Beach Boys.  Whilst he talks readily about iTunes passwords, he also remembers the reg numbers of his old Ford Capri.  He likes Sam & Amy on Gem 106; and talks about Radio Luxembourg. Before his sight caught up with him, he relished this week's adulterous Coronation Street as much as old sepia episodes of Upstairs Downstairs.

BBC Local Radio rightly does not not want to sound 'old-fashioned'.  It is crucial, however, that it fully acknowledges the tastes and interests of an older audience. Those two objectives are mutually compatible. At a time when the BBC calmly considers how to revive the BBC Local audience, I do hope it does not mistake relating to an older audience for being old-fashioned. Playing more current songs and introducing more contemporary talk topics is not the way to a happier Rajar day.

BBC local listeners do not want a stuffy, dated, dull service; yet they do want content which relates to people like them.  In the outside world, fifty-somethings will find the greatest pleasure knocking about with friends their own age. Their life span and cultural references will co-incide; and they will share the same language, the same memories, the same smiles. They share the same country.

They certainly will not feel old; they may have ambitions and things they still wish to achieve - and a healthy interest in the here and now.  But they will also have the benefit of boasting a lifetime of memories and experiences from which to draw. They will likely have settled in a place they call home and started to take an interest in how it has changed around them.  They will care about things which a twenty-something would not; and they won't be too concerned about the youthful twaddle causing grief for that twenty-something.

Given BBC Local Radio provides the first step for many broadcasters, one can look around many stations and see rather more fresh, young faces on the coal-face than seasoned presenters and producers. Some of them likely know the area less well and won't hang around too long before they are whisked off on some exciting attachment. I do not recall the DG standing up in BH and announcing targets to encourage a workforce which reflects the demographics of BBC Local Radio's audience. Yet is not a daytime line-up of twenty-somethings as perverse as a Radio 1 line up of sixty-somethings? Radio hosted by someone over 50 can still excite.

This must pose a challenge for BBC Local Radio. It is often through these young faces that the content funnel operates on a daily basis.  These promising, intelligent young staffers are charged with ascertaining whether or not the death of a celebrity unknown to their generation is news or not - and pronouncing their name properly. They are charged with answering the phones to people often thirty or forty years older than them and trying to establish the worth of that caller's topic.  And, on-air, those young broadcasters face the challenge of bantering with someone old enough to be their mother or grandmother, likely missing the nuances and opportunities for interest and entertainment.

An old person can remember what youth is like, a young person may never know how maturity feels.

As a fledgling broadcaster, I recall trying not to give away my age to the listeners. They were generally about 30, I was 19. Painfully aware of the gap, I did my best  to focus the content appropriately; and was pleasantly delighted when listeners looked shocked at my acne when they met me. I'm not sure I could have managed to bridge any greater a gap.  If you can; you're very good. Grown-ups don't want to be spoken to like kids.

I worry about the focus of some BBC locals. Love songs and romantic messages really don't work as they do on younger formats. Topics of 'who did you have on you bedroom wall' are best not kicked off by a presenter monologue about their New Kids on the Block poster. 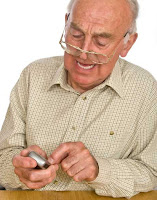 50+ listeners are not as obsessed with Twitter as twenty-somethings: only 6% of 55+ are 'hooked on social media'. 90% of 55+ do not regard  the smartphone as the most important way of using the internet; but they will smile when you mention the days of having to rely on just just a single phone hard-wired into their cold hallway. Well over half of 50+ do not bother with a social media profile of any sort: they know what they are, they're just not as obsessed*. They will likely love the satellite TV choice now available, but it won't seem two minutes since it was a choice of watching BBC1 or 'the other side'.

50+ listeners do not share the presenter's enthusiastic schoolday memories when they hear a song from the 1990s.  They feel that the 1980s seems actually quite recent.  The most recently a 50+ slipped their 'first record' delicately out of its sleeve was likely 1978. For the majority of the audience, it was much, much longer ago.

Great radio is relatable - and relatability is about identifying and sharing common ground.

And, notwithstanding the BBC's laudable intentions with the excellent Make It Digital Traineeship, I'm not altogether sure why their local stations are being asked to carry trails aimed specifically at 16-24s.

Whilst news bulletins on these local services will rightly be a little broader in their appeal, does the newsroom really attach due importance to the likely audience as it determines the news agenda for bulletins and the speech-heavy shows?  Does it pause to review material in the context of someone born in the 1960s and before? I can hear the local filter on-air with enviable excellence; I am sometimes unsure if I can hear the demographic one. Listeners are unlikely to be taking GCSEs or even still to have young children themselves. They are hugely more likely to own their own homes rather than rent; and the vast majority will have paid off their mortgages. They may well be pleased when house prices and interest rates rise.

It's just a matter of about thinking about life from the perspective of a fifty and sixty-something. That does not make it old-fashioned - it just makes it right.

BBC Local Radio is quietly huge, with an audience in England of just under 7m mega-loyal listeners, almost the same reach as the mighty Capital network.  It's rarely top of mind, however, not least because, for a variety of reasons, its profile is low in the cities where decision-makers live: London, Birmingham & Manchester. It deserves the bit of love it is now being afforded.

50+ is sadly unlikely to be a sustainable place for much commercial radio, so we must rely on the BBC to put its arm around the 19m people in the UK aged over 55, with the energy and focus with which the impressive Ben Cooper is attacking the 15-29s on Radio 1.

If the BBC hired sufficient gifted communicators of the right vintage, and a few folk who've 'lived' to handle the incoming calls - these stations will generate the 'warmth, personality and interaction' which David Holdsworth wisely seeks.

My book 'How To Make Great Radio' is out now from Biteback.
Proceeds to the Radio Academy.