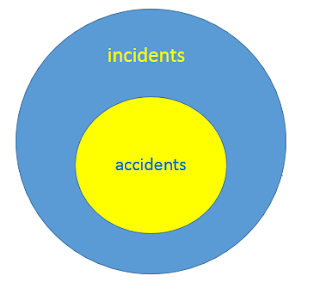 Not one of my carefully-crafted Tweets has ever attracted quite so much comment as my peremptory intolerance last weekend about an otherwise decent travel bulletin I heard, but which also assured me there were 'no accidents or incidents' to report.

Putting to one side whether it's sensible to retain a 12 inch travel news service when there's so little news around, that the long-suffering presenters struggle to find sufficient to say before they hit the first post in the travel bed, I'm more concerned about this 'accident or incident' business.

It seems to me to amount to a rather long-winded way of saying that there is, actually, nothing to say.

'Incident', in this context, is an umbrella word which covers everything from ducks wandering into the path of your Vauxhall Astra to a multiple pile-up on the M1.  An 'accident' is a sort of 'incident'.  You surely don't need to say both, yet the tautology is spreading across UK travel bulletins like a fever.

Mr Oxford English Dictionary insists: "An accident is an unfortunate incident that happens unexpectedly and unintentionally, typically resulting in damage or injury".

To be frank, if you are simply saying politely that you've nothing more to add, maybe you don't even need to tell me. We don't do that when a news bulletin ends. 'Why talk at all if there is nothing to talk about?' chips in @andymay.

I gather the Constables prefer the phrase 'incident' to 'accident' as they do not wish to intimate that anything was unintentional or done without negligence, whilst Morse is still scratching his head wondering who the villain is. The word is sometimes used in news bulletins too when things are unclear. Steve @SMartin describes 'incident' as a 'weasel word', used to 'vague up something that could be far more talkable if better described'.   Therein lies both its value and its uselessness.

@LouMitchell77 volunteered that accidents are bigger than incidents. I'm not sure that's true, given there have been many significant 'incidents' in history. People have died in 'incidents'.  It's arguably a very English way of talking about something bloody huge.

Some people argue there is no such thing as an accident. The brilliant @Danofftheradio disagrees. And I agree with him.

Gareth, @LookoutWales2, suggested we should always avoid 'incidents' - he prefers 'problems'. It’s likely what our listeners might say, which is always a decent start. 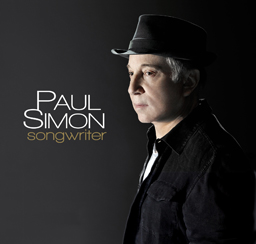 Presenters appear to be rather taken by its rhythm - and, yes, Paul Simon liked it too:

My ramblings triggered a torrent of other pet-hates.

@StrubCrouch reminded me of 'sheer weight of traffic'. Yes - the roads are busy because there are lots of cars on them. Arguably that 'sheer weight' business does tell me that there was no accident, but frankly, all I care about is when I'm going to get home.

@Suekcraft moaned about 'the roads are moving slowly'.

@JuliecarJulie remarked that 'down here, one traffic reporter always adds 'for you' on the end. 'No incidents for you' or 'looking busy for you'.  Whilst I adore the power of the word 'you', let's agree that's over-egging a little.

As I've mentioned many times, don't trouble me with the 'earlier accident'? As opposed to that one just about to happen, one presumes.

@TweeterStewart reminded me of my aversion to that one. He explains both offences thus: "One rhymes, the other is alliterative. So they sound 'good' without people thinking what they mean #DJcliche"

He's right. Let's think about the words we use on-air - rather than reach for the cliches on which your naive predecessors have alighted. In radio, words are all we have.

Since publishing this, I've been reminded of these corkers:

"Fog is affecting both carriageways" (@blokeonradio)

"If it's safe and legal to do so" (Andy Mitchell)". (David: Who thought that was worth saying? It's like saying: 'here's something worth watching on TV tonight, but don't steal a telly'.)

"My pet hate is when the preceding news bulletin focuses extensively on a major fire, only for the travel bulletin to reveal a road is closed "because of a police incident". It's not a police incident - it's a bloody fire..." (Steve Beech).

"I've always wondered why every road becomes TREACHEROUS when it snows. I've never heard a snowy weather traffic bulletin not use the word. Mind you, the time to be worried is when roads are "a bit treacherous". You never know where you are with those sort of roads..." (Andy Roche)

"Busy but moving". "That's to be expected for the time of day" (@blokeonradio)

Grab my pedantic book 'How to Make Great Radio' from Amazon now.