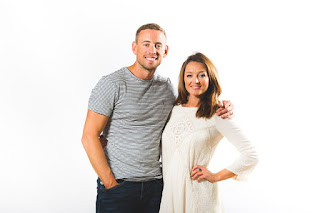 It's said the average length of an American marriage is eight years, so ten years is a major landmark for a couple having to stare into each other's eyes at dawn each day on a breakfast show.

Sam & Amy break through that boundary in April - and enter their second decade of earlies, waking up the East Midlands.

They now rule their commercial market at breakfast-time on Gem, despite some powerfully-programmed local competition; and their mantelpieces are groaning with awards. They beat Norton & Evans to the Radio Academy 'Best Personality' award in 2014, were awarded.

A little like Terry & June or Jack & Vera, you could be forgiven for thinking they actually are husband and wife. Their chemistry is that of the bickering pair who are mutually forgiven for their seemingly intolerable behaviour because it is underpinned by an unspoken depth of affection which listeners know and understand. It's the same on and off-air.   Meet them together, and you see the chemistry is genuine.  See them making an appearance and you witness star quality, glamour and style.

They are, of course, not husband and wife, and their long-suffering other halves thankfully all get on well. Sam & Amy cringe and confess that they kissed once, a very long time ago. That admission is clear evidence of the authenticity which underpins this show. It's real, but it's also sexy.

Criticism is often leveled at hastily-assembled traditional 'boy-girl' shows, not least when the 'girl' appears to be cast as a giggling sidekick. Amy is a woman, and she's not to be messed with. Through Sam's bluster and bravado, Amy's non-nonsense character is frequently in charge - and the value of this relationship is thoroughly 50:50.

In the words of annoyingly talented programme consultant, Francis Currie.

"Their loyal listeners have heard them go through different stages of their lives - all of them shared with the audience with the same combination of honesty, fun and self-deprecation that makes them such a joy to listen to." 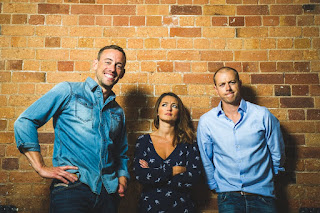 They are entertaining individuals first, and radio people second. I think MC Pinkham would concede that he wouldn't win awards for his mixing skills. The vivid colour of Sam's story-telling means that his tales can be recalled months later. His delivery is sticky. He holds a room with his stories; and is able to do that on the air too, with enviable skill.

Good production sits at the heart of any great breakfast show, and I know they'd agree that they accept Paul Iliffe's authority, not quite with cheery alacrity, but with certain professionalism. As I said in my book, Paul suggested to me once that great producers are a little like shepherds. He gets them organised, brings ideas to reality, and helps them stay engaged. On natural shows like this, it is the absence of great production which would be most noticeable. And, in unsavoury dark dawn hours, it does take quiet brilliance to direct a pair who've had a taste of BBC Radio 2.

Mention should be made too of the third person in the relationship, the character of 'Dangerous Dave', played by the lovely David Tanner.  Little preppy Dave has now grown from boy to man and indeed to dad in the custody of this show, and this intelligent guy chips in with lines of top quality. A natural musician, his hastily assembled and brilliantly-performed birthday songs amuse the audience, delight the subject, and provide rich material for Sam & Amy's ribbing, which never, ever sounds like bullying - and the audience are on his side.

Corporate circumstances have been more than a tad complex. Sam & Amy bounded through the door on the show in 2006 on what was a relatively new Heart, then freshly acquired by Chrysalis from GCap and, indeed, the first 'Heart- conversion', having previously been Century. The station then became part of the foundation for Global Radio, before being sold to Orion in 2009. Sam & Amy were also in situ when the brand changed overnight to Gem in the early days of 2011. 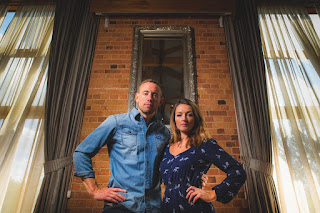 I gather it was Gareth Roberts, now with the BBC,  who played match-maker when he put the two together in 2002/2003. Amy had been hosting Drive travel, and Sam was part of the then breakfast team. The pair then served their broadcast-courtship on the Drive show.

It's no accident that a number of programmers have seen merit in the show. Francis Currie heard them together on Drive in 2005. and full marks to him for having moved the show up the schedule.

He says:  "Even then there was such a natural easy chemistry between them that they were the obvious choice for Breakfast when the opportunity came up.  Their skill and appeal on air more than made up for their (then) youth!  They have now worked together for (almost) ten years and the chemistry is even stronger".

There's a peculiar pride in giving birth to a breakfast show and then watching it continue to succeed from afar.

"More than anything it is their easy, natural charm that makes them such a killer combination".

Owing to the fact that they certainly don't have faces for radio, the show is now in vision too, thank to a bright idea from James Brindle at Notts TV, the well-run local TV station. From 6-9 each day, you can see them live on screen in the region on Freeview, Sky and the likes.

I have to declare an interest, given I am part of the parent company of Gem, but I give all credit to Sam & Amy, Dave, Paul, their programmers past and present, Mike Newman and James Brownlow; and today's supporting cast including the news-team, the interns, and hard-working Matt Smith, who help weave the brand tapestry on which they've made themselves comfortable.  Gem now enjoys all time high audiences.

I could write effusive volumes about a number of Orion presenters of whom I am hugely proud - and I shall do in due course - but it would be remiss of me now not to shout from the rooftops about this particular class act as they hit their decade.