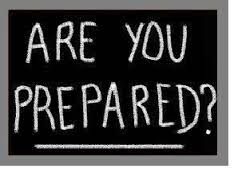 It was fascinating seeing gaudy graphics hurriedly changed and programme schedules re-arranged as an unexpected Brexit decision loomed. (Although to be fair to the pollsters this time, they had actually depicted a close run contest and, for a time, a Brexit win).

At the moment the UK verdict became unarguable, I noticed a tired Dimbleby look down and glance at his notes. I suspect within those lay suggested words to include in the historic phrase he knew would be shown for decades to come. He knew 'well, fancy that' would not have cut the mustard.

How many poor bits of British radio could have been avoided by some sensible forethought?

The week before last, on my first day deputising on BBC Radio Nottingham's breakfast programme, I had to talk up to a Somme silence at 0730. Given  this was an unusual set of silent circumstances, my co-host, the excellent Sarah Julian, lined up the audio of the feed from Westminster Abbey, and sensibly lined up a second audio source, just in case.

Rather like when I was invited to give a Powerpoint audio/visual presentation as part of a funeral tribute to a dear radio friend, there are some  occasions when you simply cannot rely on things going right.

A few years ago, when I bumped into Carol Thatcher at the crack of dawn one morning at LBC, a week ahead of her scheduled week's Ferrari relief, she admitted cheerily she was just getting things clear in her head by watching and questioning. "Mother always said, an hour spent in preparation is rarely wasted'.

Preparation is a key job of any radio presenter or producer. Alas, too often, some shrug things off when they don't go as well as they might, citing unforeseen circumstances as their alibi. They think that's an excuse. It often isn't.

Whilst we're not psychic, it's the job of a presenter and producer to ask themselves what might happen - and prepare. A content 'risk assessment'.

What might go wrong?  In what ways? Anything else? If it does, what do we do?

Just as importantly, what might go right? Anything else? How do we take advantage of that?

The brilliant LBC does not have its cameras rolling for nothing. 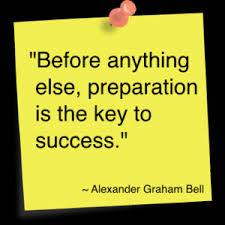 In general terms, what are you going to do on your show today - or in the next link?  Every single bit of radio - even the simplest - should have a purpose and a value. Have you really thought through what that purpose is - and how you can best deliver that value?

Have you prepared your angle in your head? Will it truly gild the material with emotion, entertainment or insight? Will it add or subtract? Do you really know where you are going - or are you opening your mouth and hoping for the best.

Preparation can be a year ahead - or sixty seconds ahead.

And, yesterday's preparation can be rightly replaced by today's.

Inexplicably, some programmes just fly effortlessly. You're on form. Everything works. Your mind generates incredible material spontaneously. Preparation ensures that the rest of your shows sound just as good.  Even the most gifted, instinctive broadcasters have off days.

Teddy Wakelam gave the first ever commentary on British radio in 1927. His performance would likely not have been quite so good had he not commentated off-air on a schools' match a few weeks before.  Great commentators, whether sport, a by-election or a Royal visit have prepared to fill the gaps when nothing happens.

You would not run a marathon without training.

When a new contest is being launched, have you run through it 'as live', to ensure the mechanics work and the drama is perfect? Do you know what's to happen when the contest is won? It may happen much earlier than you imagine.  What happens if there's a draw? How do you make sure you are prepared?

What happens if no-one picks up immediately when you solicit response to a topic? What is your refreshed angle or perspective to give a second bite of the cherry?

What brilliantly simple question have you got up your sleeve for your next contributor? Whether a random kid on the phone - or the Prime Minister. There's a huge difference between a question that's going to deliver value - and one which will simply deliver an answer.

What can you do to make the best bits truly award-winning - and the worst bits sound thoroughly tolerable? 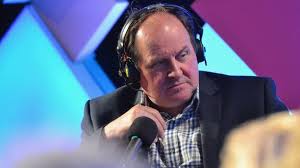 When John Major's line went down on James Naughtie's final Today programme on Radio 4, John was back by phone seconds later. I suspect his phone number was readily to hand, because Radio 4 producers know these things happen.  And they know that grumbly 'why oh why' listeners will write to Roger Bolton's Feedback when it does happen.

Great producers know that their long-term presenters might tire of routine. They prepare to invigorate, not wait until it happens.

The great thing about radio is that the unexpected can happen.

The trouble with radio is that it does.

The best presenters and producers prepare, and ensure they have the time so to do.
.

My book 'How to Make Great Radio' is out now.