The Ten Commandments of Great Radio 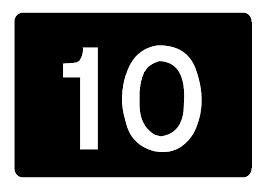 It was a cop out, I confess.

Preparing a training presentation for which I’ve been commissioned, I turned to Twitter for inspiration for the ‘Ten Commandments of Great Radio’. They always say, with social media, you should ask questions. It works too well, frankly.

‘Be real, tell the truth, speak to one person and smile’, suggested Little Nicky Horne, quoting the great Michael Bukht.

Dave Rhodes leant on Nick Bailey from Classic FM’s advice along the lines of ‘Smile. Segue. Shut Up’.

Matt Deegan was on a roll. ‘If in doubt, play another song’ and ‘Thou shalt not use words no-one uses in real life. Like thou’. (His gag. He’s funny.). He also advised ‘Remember to those listeners, you're the one that chose all those songs – be sure to tell them why with  passion’. Philip Lickley also wagged his finger and muttered: 'Don't criticise the songs on the playlist'.

Made me think of a comment I heard on BBC local radio last week: ‘Cor. That song goes on and on- gets a bit boring doesn’t it’.  A colleague and I spluttered out tea in amusement. That chap should just shut up.

John Myers was up for the challenge: ‘If you can’t say anything positive or interesting, hit Next. No-one ever complains about too much music’. He added ‘A menu is for restaurants. Radio is built for content with occasional surprises and those with a love of words’. John’s gone off menus generally of late, actually, and his weight loss is thoroughly impressive. Well done, Sir. You look a Bobby Dazzler.

Oh yes,and ‘Practise asking questions in one breath. Anything longer and you’re waffling. Umms are errs are the tools of fools’.  I shall ignore the ensuing debate about – er - Fluff.

I quite grew to like Alex Healey over the course of the evening’s discourse. ‘When lacking content revert to biscuits”. Ah yes. What are those little red wafery ones called? Yummy. And whatever happened to Wagon Wheels? No. Don’t.

On a serious note, Alex suggests: ‘listen to the radio’. He is surprised that applicants don’t have much idea of what stations do when they roll up for a job. He’s right. Tush. Kids today, ey? 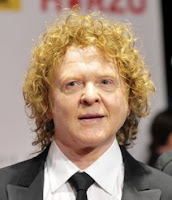 The truly wonderful Richard Murdoch reminded us ‘never fade Bohemian Rhapsody’. I actually have a lovely faded instance of that preserved for posterity. Remind me to play it to you.

Philippa Sawyer had her organising head on: “Assign programmes to teams, not individuals’

Richard Horsman is a thoroughly wise, sensible, serious educator who also adores the fun of radio. A rare breed. ‘It might be wacky or satirical – but it’s still contempt, even if you’re funny’, he counsels.

The talented Simon Grundy reminded me ‘don’t refer to children as kids’. I rather think he’s smiling wryly as he remembers a Lincs FM 1992 edict, where presenters were hanged in Witham Park if they broke the rule. Depends on the context, I reckon. But ‘cops’ in news. Hmmm. I’d rather not.

It had clearly been a long day for John Dredge: 'Engage, entertain and...Englebert Humperdinck'. 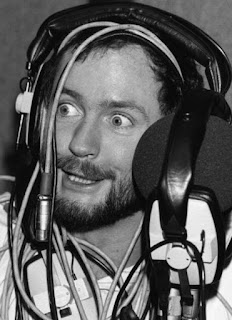 Titus Jennings reminded us of Everett’s rule: ‘Sound like you’re having fun that’s the secret to great wireless’.

Mark Hickford’s a cautious bloke ‘Always have a back up plan. If something breaks, you need to cover the silence’. Isn’t it funny when someone happens to play the song which is the first one on the back up ‘tape’ and everyone runs around wondering what’s gone wrong.

Mark also had a thing about rivals: "Thou shalt not slag off (or really even mention) other stations".

Lovely Chris Hubbard took the opportunity just to ban ‘A very good morning to you’.  ‘No-one says that’, he asserts. He’s right of course.

And if I hear any of Eddie Mair’s correspondents talk just to Eddie and not to me, I’ll scream. #R4PM

Rod Whiting (what a voice) is in poetic mood. ‘Turn up the colour and contrast and own it’.

Last Word today goes, not to Matthew Bannister, but to the wise Glyn Jones: "Never forget that what you do is the most important thing in the world and, at the same time, joyously trivial".

This was not a contest, but lines have now closed.  Your text may be wasted if you text in now.

The above bears little similarity to the presentation I’ve really assembled, but it’s certainly given me a few gags. Many thanks.

If you want to see me host the presentation, I charge nowadays. But it’s worth it.

I've also written a  book: 'How to Make Great Radio'. Get a copy or download now