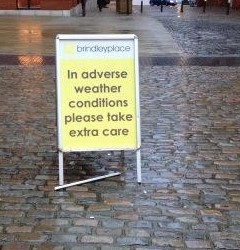 In our adult lives we are required to perform all sorts of duties. We are asked to fill in tax returns or benefit forms; take the driving theory test; compare energy tariffs, fill in mortgage and job applications; and vote on who runs the country.

I can probably understand the merits of announcements suggesting I am going to be charged significantly extra than I might imagine, but there are even requirements to sing and dance about the amounts of pennies few would bother to pick up from the street.

You don’t need to tell us that picking up the phone might cost us something. We know that. We don’t have signs outside shops saying that buying things might cost us. Or signs in pubs saying drinks might not be free. And I don't recall Jean Metcalfe having to bother announcing the price of a stamp when she requested Family Favourites' letters.

The final straw was the Twitter poll from the Archers. Deep into the current plot, which is being excellently delivered, alongside stunning digital media support, the Radio 4 soap chose to stage a Twitter poll.

If you use Twitter, you’ll have seen them before. It was clearly a ‘just for amusement’ question, with no prize listed - but it was evidently felt by Head Office that the poll Tweet had to be accompanied by a second Tweet with a link to a terms and conditions document.

I clicked on the supplementary message, praying for a parody - but no. 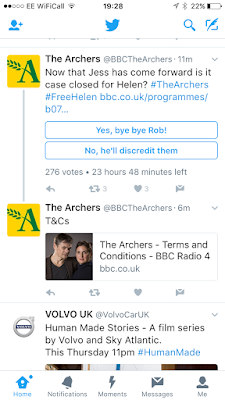 The painful prose was, no doubt, approved painstakingly in some nice central London office by people whose salaries we are paying.

We probably have more cause to be alerted to the cost of unnecessary compliance procedures which have resulted from the over-regulation of this sector, when the pendulum swung too far from poor regulation. 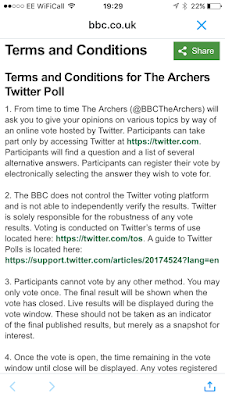 Is it time to credit our citizens with an ounce of common sense and free our media from the sort of pointless coda which serves no-one?

Is it time for individuals to take responsibility for their own lives, and not expect the ASA's advertising rules to prevent us from eating too much; nor Ofcom's content rules to stop us being violent?


Grab my book 'How to Make Great Radio' now on Amazon. Available in print and e-book. Food for thought for today's presenters and producers - new and experienced.
at September 13, 2016