What made Terry Wogan a radio great?

“They’ll probably have to drag me away from the microphone when they decide to elbow me. I shall cling to it. There’ll be a lot of tears and screaming“.

It was a crackly performance on the Light Programme, ‘down the line’ from Ireland, which saw the voice of Michael Terence Wogan appear on the BBC for the first time this week fifty years ago.

He had applied beforehand, only to be turned down by BBC 2 Controller, David Attenborough, who advised they already had one bloke from Dublin, thank you very much. Of course, Attenborough assured Terry limply that he’d pass the letter on to the head of presentation: “If a suitable vacancy should occur, he will get in touch with you directly“.

His voice deepened and lilted a little less in the ensuing decades at the Corporation, but he was to emerge as one of the radio industry’s favourite performers.

After serving loyally on major BBC shows, Terry ascended the Radio 2 breakfast throne in the decimal days of 1972, entertaining the Nation with his ramblings, interrupted only by JAM jingles and pan-pipe music. Although television was to wag its beckoning finger for a brief brown-suited spell in the mid eighties, he returned home in 1993.

As the entertainment world changed  beyond recognition, Terry continued to rule. By the end of his early stint in 2009, he was attracting almost a fifth of all breakfast radio listening and almost 8m weekly listeners.

But what was it about Terry which endured?

He would explain the answer more clearly, more colourfully and with fewer cliches, but, in his absence, let's try. 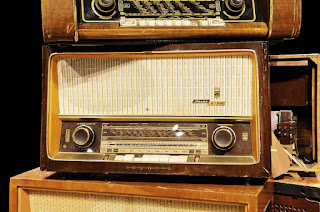 He simply did well what radio does best.

His whimsical storytelling was profound. Tales founded on fact  would be embellished with a Wogan flight of fancy.  A few words from a 'listener' on Basildon Bond turned to gold in the hands of the master.  A river of vocabulary flowed effortlessly from his wryly smiling face.He recognised that radio’s intimate conversation continues in a listener’s head. “People think when they listen to radio; TV eschews thought, your thinking is done for you”.

Terry became an amusing, eccentric uncle muttering from behind his newspaper. He spoke to you and you alone. He did not tell me to get ‘my brollies’ ready as a weather forecaster insisted I do last weekend.  In the words of John Humphrys: “Terry liked his audience  - and they liked him. He wasn’t broadcasting talking to them, he was talking to them.”

That connection serves to explain why listeners' grief was so fulsome on his passing. Each listener in each corner of Britain had lost a friend. To say that you’ll miss someone is the greatest tribute of all: “Such very sad news, the world will be a lesser place without you Terry. Will miss you X”

He recognised too that the breakfast audience was, in his words, ‘susceptible’. Most great breakfast radio, even the most frenetic of formats, becomes sufficiently comfortable not to annoy you too much at a critical time of day.

His delivery impressed. ‘I can impose my own pausing, my own timing”. The Wogan pause meant that this high-earner took home almost as much for saying nothing as saying something.

He was himself on-air. Broadcasters only reach their true potential when they can be themselves. We acknowledge we witnessed a daily amplification of the most likeable and entertaining parts of his character, but we certainly know it was him. Radio exposes fake like no other medium.

Like many BBC greats, he tolerated the Corporation like an errant brother. Despite the annoyances, there was unconditional love and pride: "It's the greatest broadcaster the World has ever seen."

Terry protested that his was an easy job, whilst quietly recognising the skill involved.


The delivery of his his famous farewell speech is a lesson to all broadcasters. I gather he was annoyed at the rabble of assorted bigwigs gathering in the adjacent control room to witness the end of an era. They were not even treated to a passing fond glance; his eyes were only for the listener.

"I’ve always said that I hope I’ll have enough sense to get off the beach before the tide comes", said Terry.  He did.  We'll miss him and we'll remember him.

Grab my book 'How to Make Great Radio' now on Amazon. Available in print and e-book. Food for thought for today's presenters and producers - new and experienced.
at September 26, 2016