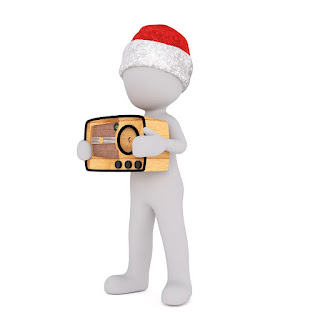 Not only do they have to look after tomorrow on the radio, they have to plan ahead the whole festive fortnight with military precision.

Atypical presenters are set to host atypical programmes between atypical news bulletins coming from atypical places. What could possibly go wrong? And will there be anyone around to help when it does?  Probably not.

Is the 1500 on Boxing Day a network bulletin or is it local? Does Johnny Whatnot know how to put himself on-air and take the service out of network? Has he got a zapper to get him in the car park?

Will they need more songs in each breakfast hour, given you’ve only half a double act.

Whose bright idea was it to have a day of songs beginning with B on Boxing Day?  Cheers for that. All that bloody effort at a time of year when you’re unlikely to hit peak audiences anyway.

And what about all those millions getting a smart speaker as a gift. Will they really know what to do to hear us on Christmas morning? And will Sally remember to turn off her location when she tweets on the station account from Gran Canaria over Christmas?

For the big groups these days, it's like planning a moon mission. Canny managers have it all thought through by October - with, fittingly, a bible published of all the things presenters might need to know. Not that anyone will trouble to read it.

On commercial stations, are the ad breaks full or half-empty?  And, are they balanced across all the transmitters in the hours when they don’t usually need to be? Is the ad with the 'Open until ten, Christmas Eve' line set to die at 2200 on 24th? And is the breakfast sponsor credit changed for that awkward client who's booked from January 1st? And what about the skyscraper on the website we gave them last time we messed up? Are we bothering updating that?

Meanwhile, life starts to get a little quieter for the sales execs. After a frantic flurry seeing off December’s targets and making a good start on January, their self-made clients have disappeared to their overseas holiday homes. In the radio sales office, it’s time for banter, decanter and Secret Santa.

But whilst office staff have begun to wind down and their inboxes atrophy, the opposite is true for the product team. 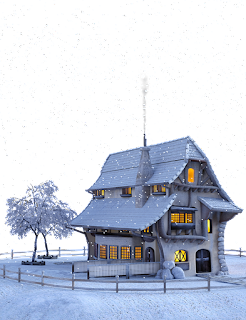 Hot on the heels of incessant and exhausting Christmas light switch-ons, carol services and firework displays on cold dark days, the work starts on ensuring that the festive period on-air will be entertaining and trouble free.

Everything needs mulling over. You really want to avoid the call from the Christmas lunchtime presenter, just as you’re microwaving the bread sauce, asking which fader network news is on.

You certainly need to know who’s staying nearby when you get the inevitable Boxing Day call from a hoarse presenter who claims to be ill. You try to sound sympathetic and tolerant, as you face the prospect of ringing everyone on your emergency list, but you don’t quite pull it off.

Newsrooms are busy trying to invent the news in advance for the lonely reporters who'll be on duty between Christmas and New Year. The bulletins will have returned, but the news won't.

Are we taking 'the Queen' or not? And where do we find her?

And lets hope no popular public figure takes their last breath. Why do they wait for this week to die, of all weeks?

Where are the football matches this year? Lo, the grounds where there are all sorts of issues. When are they? Ah, Boxing Day.

Some of the rituals of Christmas on the radio have sadly faded away.  Remember opening reception to give away batteries on Christmas morning?  What a great bit of Ever Ready marketing that used to be, in the days before sponsorship on radio was allowed.

I shall not miss recording the Christmas Eve Lincoln Cathedral Carol Service for Lincs FM.  I’m not sure whether it’s a sign of dedication that I, as PD, had to sort it out, or just poor delegation.  I’d record it on the Revox, then help lug the equipment back to base and edit out the verses no-one knows from the carols.  The tape would then be left on the desk with a accompanying note which the tech-op would, for some reason, make it his business to merrily ignore.

Having said that, typing cues at nearly midnight when all civilised folk are making merry with family and friends is still the sort of sacrifice many radio folk have to make. 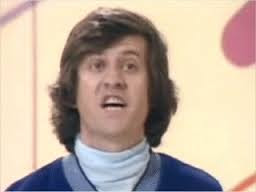 Sadly, Christmas is now without Ed Stewart. For me, his jolly voice just smelt like Christmas. For decades, he told us he was flying out his BBC ‘magic carpet’ on Christmas morning to visit hospitals around the UK, bringing cheery messages to patients. As a kid, I used to believe he genuinely had a magic carpet. No wonder I wanted to work in radio.

If you're on air this Christmas, make sure you sound as though you want to be there. It's a privilege.

So. Let’s raise a glass to the dedicated programmers, presenters, schedulers and journalists this Christmas across the UK.