At 7.00 on Sunday night (30th December 2018), the final, united, commercial radio chart with Marvin Humes faded away; and commercial groups prepared to plough their own Sunday night programming furrow.

Whilst the Big Top 40 continues on Global stations, now with the great Will Manning; Bauer will have its own show; and the Wireless Group grow their Total Access property to a Top 40 offering with Olivia Jones.

It’s the end of an era – and a decision one can thoroughly understand in the climate and structure of today’s commercial radio world. But it’s also a chance to salute the architects of the animal which has served commercial radio superbly for generations.

Sunday nights on BBC radio through to the 1980s had become an impenetrable tradition. Although you knew which artist was up and which was down - given the chart itself was published during the week - Sunday was the chance to hear all the songs one after the other in their entirety.  What’s more, the show was aired on AM and FM, as Radio 1 stole Radio 2’s FM transmitters for the weekly appointment. UK listeners slotted in their C120 cassettes so they could later ‘listen on demand’. We radio freaks recorded the shows just to hear the JAM jingles in stereo - and marvel at the art of the countdown delivery from the likes of Tom, Simon, Tommy, Bruno, Mark and Tony.

Meanwhile, commercial radio trotted out a host of distinctive Sunday evening programme offerings.  As was the case with commercial radio generally, some of those offerings were superb, and some decidedly less so.  They most certainly offered listener choice. Some stations had created their own chart shows, others eschewed the tactic. I fondly recall Trent’s first home-grown-chart which briefly adopted the novel approach of starting at Number One and working up to the least-selling song. 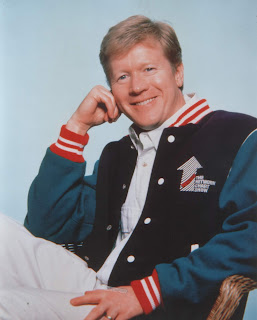 Then in September 1984, commercial radio came together for ‘the Network Chart’. Politically, getting all stations, back then owned by a multitude of colourful companies, to agree on carrying a single programme was a coup, pulled off by the then Association of Independent Radio Contractors (AIRC) – the trade body for 'Independent Local Radio' stations, the equivalent of which now is Radiocentre.

Growing audiences and commercial radio stature was an aim, but also this was principally about creating a huge property which commercial radio could sell to significant national brands who would only trouble with radio if it offered real scale. Commercial radio had achieved just a 2% share of all UK advertising and a catalyst was needed to kickstart growth.

There were technical hurdles in those pre-satellite days; and the option chosen for dissemination to stations was an IRN news distribution line. As was the case with the national ads at that stage fed to stations in the same way, this was mono. It didn’t sound great – but most listeners on their trannies didn’t care too much – and an appreciable proportion were still listening on AM anyway.

At the outset, the programme was superbly hosted by Kid Jensen, who offered a fresh enthusiastic approach and a slightly less functional tactic than the BBC’s established fine option.  It had energy and presence. And, for a time the commercial chart was more up to date than the BBC chart. It also included an element of airplay stats.

In terms of revenue, sponsorship was not quite possible at the outset.  At that stage, the regulations did not quite allow such sullying of our airwaves. The regulator did, however, allow a clever loophole: 'co-funding'. Within strict parameters, you could credit the funder of a show – but the show itself could not be defined by the funder, nor was any commercially-inspired funding allowed within. 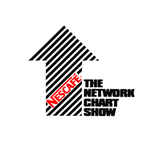 Thus, after a brief foray with a De Beers Jewellers relationship, Nescafe came on board.  The show became the pithy ‘Network Chart brought to you in association with Nescafe’.

Kid put his life and soul into the programme, and those of us around at the time recall him journeying tirelessly around the country to help boost the show’s profile, armed with the sort of merchandising that few local stations could afford, proper sweat shirts, T shirts and the list went on. This was the big time. Although those of us on the local stations worried a little about having our local hours snatched, we quite liked mixing with this huge Radio 1 and Luxembourg presenter. And we liked the free sweat shirts.

Kid left the show in 1993, and Nescafe gave way to Pepsi as Neil Fox took the helm. By that stage, the rules were relaxed and the show really could be announced as ‘The Pepsi Network Chart’, later ‘the Pepsi Chart’. To have Pepsi as a brand on-air across the UK was a real achievement for the network. The show evolved into hit40uk and, in 2009, became The Big Top 40 Show, then enjoying a long relationship with Vodafone

The show’s personality changed too, with Neil, at first, injecting more star-laden talk content to the show, setting it further aside from the BBC offering, which in turn evolved too. The reveal day of the BBC chart moved in 1987 too from Tuesdays to Sundays, with Bruno Brookes.

There were interruptions along the way as radio groups ran off with their mistresses. The Smash Hits chart replaced the network chart for a period on EMAP (now Bauer) stations. And the A list and the Fresh 40  approach was a brief attempt to separate by format, so that the huge newer adult contemporary  stations could enjoy hours of 'chart' music which better fitted their formats. Each time, however, the stations eventually returned to the family - with the single all-format, all station offering which we recognise until last Sunday.

Commercial radio audiences had grown, to the extent that the BBC’s Sunday night lead was utterly extinguished.  In July 2015, the BBC countdown moved to Friday nights with Greg James. By that stage, Radio 1's audience reach on Sunday at 18.00 was 492,000 - commercial radio's reach was 2.3m.

Now, commercial radio groups announce they are going their own way rather than share the same chart.  In some ways, the chart mechanic itself has lost some of its stature. No longer are record shops phoned to establish sales stats - leading to some breathless weekly on-air announcement of real note - the climax has thus evaporated to some extent.  With streaming now a key element, data is real-time. It's right that the great British Sunday tradition of chart shows should take the next step.

But most importantly, the structure of commercial radio is such now that it can do what the chart did - all the time.  From the days when the chart was the only significant cohesive music property commercial radio could sell to client brands, the large groups now each have their own properties of scale. They would likely prefer to put their efforts into producing and selling those rather than boost their rivals. It also means that each group can engineer its own programming to suit its own formats.

And - as the medium gets ever more competitive - it's been complex deciding which stations can carry the chart - and it's certainly felt odd enthusing about a presenter who's on your station on a Sunday - but on your rival during the week.

Listeners will have more choice.

In a sense, the chart proved the point.  Scale is everything, if commercial radio is to be seen as an increasingly serious advertising medium.  Now, at last, commercial radio can deliver scale across the board - with the cohesive and polished major brands it has painfully assembled after 45 complex years. Good luck. Farewell, Network Chart - and all who sailed in her.