Radio - and the Smart Speaker 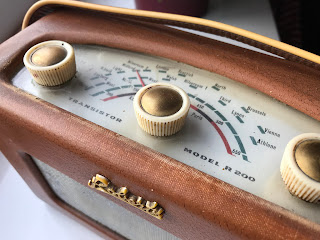 It’s tough to believe that radio effectively used to require pin-code access.  You had to remember a string of random digits if you were to find your favourite radio station frequency on the dial. And, given sometimes you even had to change waveband too, it’s a real wonder my mum ever managed to track down Waggoners’ Walk.

Push-button FM, and now DAB sets, have made life much simpler.  Just in time too, given the number of stations available. Mind you, my car DAB radio still seems to be over concerned about which multiplex stations are sat on.  Frankly, my dear, I don’t give a damn.

Hoorah for smart speaker technology. However - and wherever – that tech is housed in the future, it is a real breakthrough for our medium. Radio is your friend – and all you now need to do is call its name and it’ll come and throw its arms around you.

What challenges and opportunities does that pose?

Firstly, listeners likely need to know the name of your station.  That should be easy, one imagines, but I cannot be the only programmer to have had angry emails from a rude listener demanding we supply a tardy prize which they actually won on a rival radio station. And, thinking of focus group respondents, after half a dozen radio station names cited top of mind, most folk start to struggle.  Yes, even with the BBC’s being conveniently numbered.  Is your station famous enough? 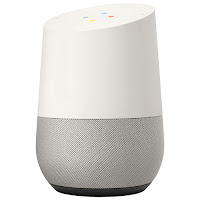 Thankfully, the smart technology, if well devised by informed folk like RadioPlayer, can recognise most variants of your name, so it’s not too much agony for the listener who insists on still calling you what your 1985 jingle package did. But they’ve got to call you something.

Your station needs to be top of mind. When the listener is in the mood for whatever, your brand has to be the one literally on their lips.

Yes, smart devices can know your last station. But that may have been your girlfriend's wine-fuelled choice – so you still may have to shout it to play your favourite station – until such a time as the devices presumably can tell your voices apart.

This plays into the strategy which many groups have adopted.  Their stations are genuinely brands into which significant monies have been invested across large geographic patches.

Once, if you were on FM, you were effectively on the radio high street. Listeners might find you as they wandered down the band.  Now, you have to be asked for by name from behind the counter. You need a space in someone’s mind.

Smart technology does offer sampling.  It can get to know what you like and can supply alternatives – and in time will develop even better abilities to supply examples of a genre RadioPlayer is better than TuneIn here by some margin - that's good news as we believe that listening by 'mood' is becoming increasingly important.  There is the chance of discovery here, but also there is risk. A listener might just like the substitute station better than yours.

The algorithms which control where you are pointed are in the hands of the people who make and programme the gadgets and skills, so it’s good when the gatekeepers are part of our clan and understand UK listening habits.

Early findings suggest that people are listening to more audio thanks to smart speakers.  Seven out of ten (Edison 2017, United States) of those who own a smart speaker say they listen to more audio at home since acquiring it. Whatever they did before, whether radio, podcast or streamed services, they do more.


Rajar (MIDAS study, Autumn 2017) suggests  that live radio enjoys the lion's share of audio delivered on smart speakers. Whilst radio's dominance is reassuring, it may also remind us that here is a chance once again for others to steal ‘our’ clothes.

Major brands could provide well-programmed branded audio streams which just might be more famous than ours. Such streaming services are about to become ever more readily accessible (if, of course, they are, themselves, financially viable). Free of all the complex history of our medium and now offered an easy platform and simple access, could they disrupt?  They could - but thankfully, radio’s a touch more difficult to do than it sounds – and we are the experts.

Those who say that anyone can programme a streaming music service to the quality of a radio station don’t fully appreciate  radio's science and art  – and where there are bits between the songs, we certainly know our stuff, whether links or imaging.  But if proud new investors are really spending money on quality 'radio' channels which do attract appreciable audiences, that’s probably good news for our industry and our job opportunities.

Yesterday, the BBC launched its first full voice app for voice-controlled smart speakers, an Amazon Alexa skill for Echo devices, with other smart speakers to come. This brings access to the BBC’s full range of live radio stations - and podcasts.  It’s intelligent and I like the vocal sonic BBC identity as you open the thing. It does find the most recent Desert Island Discs or ‘previous’ or ‘previous’ again – but still can’t track down the Judi Dench edition - or indeed the shipping forecast - by name – a challenge RadioPlayer has also faced in its fine work, making earlier content accessed with ease.

That will come.  In the very long term, does that beg the question whether stations like the Radio 4 of today have a linear future, if streaming were ever to replace 'broadcast' significantly?  I’m a heavy Radio 4 content listener, but Today, as a news programme, is the only regular one of the programmes I consume live. How much of radio necessarily needs to be live and where does live really add value? 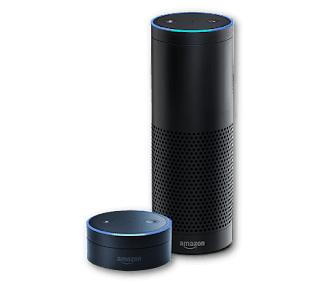 As Matthew Postgate, Chief Technology and Product Officer, BBC, said: “Today we’re making sure audiences can find what they love from the BBC on any device they use through a single, easy-to-use service. But there’s potential to do more and we’re just scratching the surface.”

Stand by, I suspect, for ‘Alexa - open Global Radio’. They were canny long ago about creating a reputation for the parent brand. Invocation names, I suspect, will become as treasured as good website names.

Let’s be mindful though that if life gets too confusing - with a choice of rather too many sovereign ‘radio listening’ skills - listeners may simply use the default one in the device, which may have questionable allegiances. That’s a good reason to be wholly supportive of the fine technical and political efforts of RadioPlayer.

For commercial radio, anything which allows even readier re-tune can be a challenge as a station enters a lengthy commercial break. For this, and so many other reasons, it’s time for a cool clear look at monetising radio – and that’s a topic for a future blog.

Our medium has always aroused much emotion from listeners, yet we, as broadcasters have demanded they remember text numbers, phone numbers, and spell our name correctly on social media if they want to get in touch.  The vast proportion of listeners are casual ones, however, and the least likely to trouble to learn how to contact us - yet they are the ones we would like to hear from most.  Smart speakers offer the listener an instant way of speaking an immediate message to the station or presenter, as demonstrated recently by RadioPlayer. That's a real win and plays to our strengths.

Opportunities abound too in the heightened intelligence about  listening habits which these new devices will offer us.

Let’s remember that now and in the immediate future, it’s all still a niche affair. Only a small proportion of radio listening is streamed at all (8% of all live radio listening, but including TV - with voice activated alone at 1%, RAJAR, MIDAS Autumn 2017). But, with faster broadband and 5G on the way, that proportion will grow. If, as is expected, most homes quickly become smart, one can expect voice-activated radio to grow alongside. I guess even ‘turn on the radio’, where the radio is a traditional hefty DAB/FM set could easily be commonplace.

For a medium which relies on audio, it’s hugely encouraging to welcome a device which treasures it too. Thus, radio - in whatever form -  is set to be centre-stage for its second century.