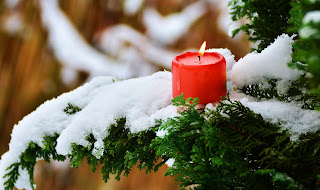 We are but novice elves in the UK at the business of creating Christmas stations, but we've done pretty well.

Smooth Christmas was first down the chimney in 2011, complete with the memorable Simon Bates liner about toasting his nuts. Since then, many UK stations and brands have created new stations or flipped formats of subsidiary stations.

Let’s cast a critical eye over some of this year’s UK offerings.

Our present from Global replaces Heart extra on DAB and online.  It’s a typically polished Global offering, and the parent brand gets its honourable mention on the hour (I support that strategy, incidentally).  And the name is, indeed, 'Xmas', not Christmas.

Heart extra Xmas comprises a set of familiar favourites, with enough variety to keep it interesting. Songs span the eras, mind you, familiarity is not usually an issue for Christmas tunes. It’s generally an uplifting party, with the softer ballads wrapped in thick layers of more upbeat offerings.
(a ten song sweep as aired)

There are no presenter links – and the imaging is superb. A simple powerful, mood driven Global approach, with their fingerprints all over the processing template. The imaging has clarity – and fits the occasion.  The VOs are well-directed, oozing the right mood as they declare ‘turn up the festive feelgood’, complemented by some simple lines and voxes enthusing about what Christmas means to the Heart generation. There's even the occasional Christmas cracker joke, with the riddle punchline cleverly held across the break – delivered by a fully-qualified ruddy Santa.

It was great to hear the big brands on air in the breaks – including, of course, Coke with its stunning festive sonic identity. Good to hear Sudafed and Amazon in there too. Meanwhile, my Nottingham desktop feed treated me to some lovely ads about Christmas in Brighton. Maybe DAX has been on the sherry. Seriously though, how great to hear powerful FMCG brands on British radio.

The main London station was promoted, with promos in the hour for Jamie and  Emma. That must be a tad confusing for listeners who stay with the Christmas station in the morning or wake up to another Heart local brand in their area, but they choose to shout about their main station and I doubt they lose too many sleeps to Santa over that issue generally. There’s not really another decent solution. There is, though, little inference that that breakfast show does not feature on the station you’re listening to.

Desktop access was fine, but on mobile, after being instructed to download the app, finding Heart extra Xmas required my resorting to ‘settings’ to ‘find another Heart station’ at the bottom of a lengthy list of English place-names. Good job I was determined - and that most listening will likely be on DAB anyway, I guess. Mind you, they are running Heart TV Xmas too. They’ve a lot on their festive plate.

This is an impressive offering as befits the focused practitioners at Global. It fits with Heart well and will deliver some listening bulk somewhere to the Heart brand. 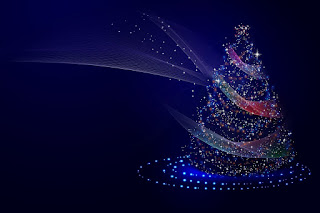 Magic is another brand which can easily have a brief love affair with Christmas. This year, Bauer has created Magic Christmas on DAB (Digital One). It replaces Kiss Fresh, which is quite a format shift, and plays ‘More of the songs Yule love’, arguably a line which is a little too clever, losing something on radio unless delivered with huge clarity. They also lean upon ‘playing nothing but Christmas classics’.

Although Magic bears a blue brand colour rather than Heart’s convenient Coke red, they make the most of its frosty feel in a nice-looking desktop experience. If you link straight to loading the app on mobile, it takes you straight to the right station.

There is utter clarity about the Magic family on air. 'Ronan and Harriet are ‘over on Magic’;' and 'this is the sound of our sister station, Magic Soul'. Magic Christmas is clearly hailed as being ‘from the people who bring you Magic'. The relationship is clear and they waste no opportunity to promote their peacetime stations.

Music seemed a touch softer than Heart, which befits its brand, and again a thoroughly familiar offering was delivered with just enough variety. Christmas is the one time when the whole family really can agree on a song or two.


It’s continuous music, like Heart, iced with festive imaging. Magic boasts twinkly vocal idents which I liked, plus some liners. 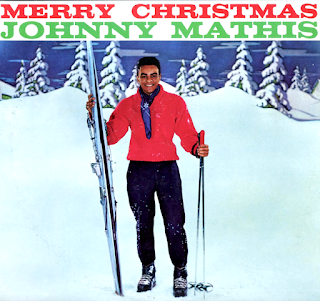 Now, I don't want to incur the wrath of an imager, as I know that's a risky business if one wants to be alive by Boxing Day, and there'll have been a lot of time and care in assembling the liner material, probably into the night.  But I worried they risk sounding akin to a miserable character at your dinner table who just tolerates a festive hat.

I do get the ‘relatable' thing, and the bid to raise a smile, but I’d imagine that people choose the station when they are in the mood for festive cheer.

Nice vocals on the sung idents though - and the integration of the station sponsor, a holiday company, is thoroughly cunning. We're told a little about Christmas in every country they service. Simple and effective device.

And well-done on the Johnny Mathis edit.

The sponsorship from Winter Wonderland is well-parcelled. A Foxy and Emma breakfast promo and visual precedes the feed and delivers the sponsor - and the sponsor lines live within the programming too.  The website page is rich in content, even with listeners' Christmas tree pics - and a reminder of what not to do at the Wireless Group Christmas party.


Santa's on some of the imaging, introducing 'another one of my festive favourites', supplemented by a station voice. I wonder whether there's scope for a tad more festive feel in the delivery, and fewer wooshes and bangs in the mix.  But hey, who am I. 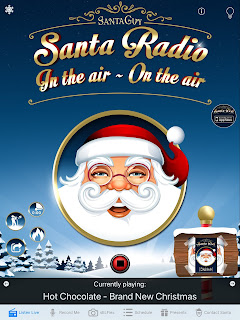 Away  from the major radio group offerings, Santa Radio is back online, with Guy Harris at the helm, best recognised by his voice on ads and production through the year - and one of the nation's leading Santa voices.

Santa Radio plays 'The World's best Christmas music', 'Christmas 24/7', and is the most interactive of the Christmas offerings I've sampled. You can even send Santa a recorded message from the app and hear your message between the Christmas tunes. These lovely messages are played in, even with 'answers' from Santa to the kids' questions. The way Guy turns it all round is impressive, and it's a great example of how intelligently programmed voice-tracking can be far from sanitised and out of touch when in good hands.

The whole website is dedicated to things Christmas, as its unique identity permits, and it revels in the season. Kids can also even get their own personalised Christmas message too.

The imaging is thoroughly well-delivered by Santa himself, with just the right tone and feel for 'his' station. Guy's Santa is thoroughly 'believable' and delivers real festive conversation- maybe the beauty of a VO in this role who's presented shows too.

Unlike the traditional stations, not every segue  bears an ident, mind you, given listening is all online, the identity of the station is clear to all. I suspect Guy has not got the most expensive playout system - but it sounds perfect.

Music is much more varied and traditional than the branded offerings, as its independent status permits - and the whole large playlist is listed online with details of each track and accompanying videos, accompanied by an invitation to supply further ideas. So, some less well-known versions of familiar melodies are mixed in, but the overall feel is thoroughly decent.


This is a great achievement again from Guy - and more of a 'family' station where the kids can get really involved.

Christmas FM is an Irish tradition, first going on-air in Dublin in 2008, joined by other parts of Ireland in ensuing years and diversifying into themed offshoots. The main quasi-national FM station doesn't carry ads on this temporary additional channel, supported by a hundred volunteers, but does include sponsorships; and has raised  an impressive €1.25m for charity to date, with Sightsavers being 2017's chosen cause.

This year, Santa's climbed the DAB masts in Liverpool and Surrey. It's available online and on-app too, although I found it all too easy to fall into listening to the non UK version.

'The Sound of Christmas is  Christmas FM' , 'The UK's Christmas station'. And Santa on the imaging has a lovely accent.

This sounds most like a traditional full service station, albeit without news, with BBC Radio 2-length presenter links, playing a refreshing eclectic blend of frosty favourites, albeit probably the least familiar music blend of the broadcast stations. The story behind some songs is explained in mini packages: 'Unwrapping the classics at Christmas'.


This is a cause-driven initiative which demands engagement to build a relationship which will pay off in donations - and it's delivered fittingly. 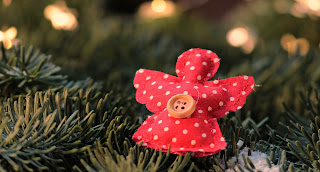 It's a fascinating experiment this Christmas malarkey. With a blank sheet of paper simply headed 'Christmas', UK programmers have a pretty free hand in the beauty they create.

With very similar music and the absence of presenters in Christmas jumpers, however, the imaging assumes a new importance in such stations.  Imaging a Christmas station is a little like decorating a tree. A precision job if it's going to look just right. Not too much, not too little, lots of sparkle and do watch the colours. Importantly, step back a few paces at the end to see if it all really works.

The voice, the processing, the direction, the script, the effects. The tone and colour of our little imaging stars can make these wonderful Christmas stations glitter.

An imaging producer I know might have suggested well-cast and well-directed voice-overs should deck their studios with tinsel and stare at at a few pics of an excited young family waking up on Christmas morning whilst delivering lines if they are to lift that real sprinkling of magic off the page. And - if you are being inventive with this imaging, it demands great writing and real theatrical and comic talent in delivery.

In the years to come, smart speakers may rule this genre.  You'll shout for your favourite - and likely best known - Christmas station wherever you live. On 'play Christmas' or 'play Christmas radio', Alexa takes me to Christmas music from Amazon music. When Tune-in is invoked, she starts getting stroppy as she' can't play by genre'. RadioPlayer is typically more helpful and makes sure I hear a 'proper' station and certainly knows the variants of station names I might utter.

I suspect RadioPlayer could deliver some useful comparative intelligence on adoption and trend.

Overall, well done to all. I suspect these festive offerings are being crammed into the working days of staff who have a day job too, with clients, bosses and sales execs screaming down the phone.  You’ve done well. It’s a nice toy to play with.