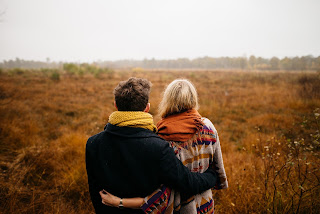 Rarely has radio been quite so authentic.

In previous generations, it was enough to have a ‘voice on a stick’ as one of my colleagues used to call it. That smiling deep disc jockey voice, broadcasting seemingly from a parallel mid-Atlantic world.

Now – you tune in and you hear real life. Presenters opening up about themselves, their hopes, dreams and personal problems. Never before has radio’s conversation with its audience been quite so honest.

When Greg James called off his ‘Pedal to the Peaks’ owing to unprecedented weather conditions his disappointment on air was palpable.  One imagines, maybe unfairly, that had such a stunt been conducted through TV, a convenient conclusion might have been engineered. But this was radio.

“So. We can’t continue to Ben Nevis. So. Errr.  I can’t even. I don’t know really. I don’t really know how to talk about it”, said a crestfallen Greg as Adele hugged him audibly. That might seem an odd quote to cite from a radio programme. But – his voice and the pauses said all they needed to. Listeners knew exactly how he felt – and it was real.

Your best mate tried something – and it went a bit wrong. You like your best mate all the more for having a go. 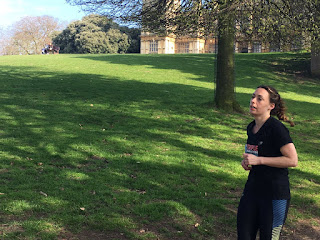 When Claire from Capital Drivetime in the East Midlands mounted her Triple Marathon for Global’s Make Some Noise, you couldn’t help but care. Someone you felt you’d grown to know on the radio was trying something hugely outside her comfort zone – 80 miles of running.

As she struggled through the final of the three finishing lines, the listeners eavesdropped on what she simply would have said to her best friend had she been in their arms rather than those of Tom, her supportive co-presenter. “Every day I thought I couldn’t do it’ she sobbed.  More recently, Ben Sheppard at Capital North West has similarly been running his 150 miles in 5 days.

Authenticity doesn’t mean an absence of production values.  They are all the more important if the listener is going to care a jot. Producing the challenge in such a way that the listeners witness all the stages of the real journey - with all its ups and downs – and they’re kept close enough to the action to care. Even the most casual of listeners needs to know who you are, what you are doing, what stage you are at - and the reason for YOU doing it. And your co-presenters need to know when to shut up and let the reality breathe.

Good social media plays its part too – and presenters of music-intensive shows can deepen the  listener involvement – and enhance the noise - through savvy use of parallel media. Great radio station digital media features people - not pictures of mixing desks and playout systems.

Voices too are now more natural, more authentic. No longer are the blokes on radio trying too hard to sound oddly deep.   I was fascinated to read the findings of one psychologist recently, who suggest that the voices of (male) world leaders have moved higher in range in recent generations (Blair/Clinton) making them sound more empathetic – rather than  booming artificially.

At the end, the listener relationship is deepened. They know one more thing you cared about. And if it didn’t go according to plan – your vulnerability is exposed – and the listener’s trust in you grows.

An undeniable societal change has become evident. People are now beginning to open up more about how they feel. Whether it’s women who’ve just had enough of the way they are treated – or men opening up about their sexuality or an illness which was once never spoken of.  Maybe it’s not surprising that radio, the most trusted and intimate medium of all, is playing its part too.

Stephanie Hirst chose radio to speak of gender dysphoria, and Iain Lee has famously used his own programme on TalkRADIO to explain how he really felt at a moment in time “It’s miserable and I feel weird after Australia. My head’s all over the place”. 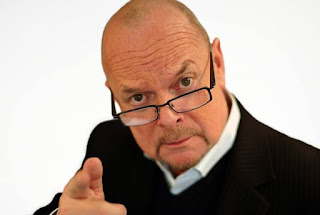 James Whale spoke of his kidney cancer - and, more recently, his wife's illness: "I have to be honest', said James his voice, thinner and less rasping than usual, "I have been living with the fact that Melinda, my wife, has had stage 4 lung cancer".

The audio blogs from the Media Show's Steve Hewlett were so quietly powerful on Radio 4's PM as he sought to conquer his oesophageal cancer - and Jenni Murray announced at the end of a Woman’s Hour programme in 2006: “I shan’t be around in the new year - because I’ve just been diagnosed with breast cancer.”

As presenter contracts end, the goodbyes too are now heartfelt.  It’s now commonplace for talent to announce their own imminent on-air demise - and then often go on to conduct their own ‘funeral’. The listeners are left in no doubt as to how they feel.  “You have given us the most privileged job in the World”, croaked an emotional Louise as Andy & Louise announced theirdeparture from Signal 1. Wise programmers know that sometimes it can be better to allow the teary goodbyes these days.

And away from the problems – I still cherish the radio moment on the then Xfm Manchester, with Tim Cocker and Jim, when Jim told on the breakfast show of becoming a dad for the first time. The fact that he moved from laddy gags - to tears - in the course of two minutes was powerful to hear – because that’s what blokes do.

Radio interviews too now, in the best hands, can also be much more candid than before.  Witness Martin Lewis's conversation on BBC5Live with Tony Livesey about the death of Martin's mother. "The great joy of having my own daughter - and wife has become mummy can mother's day finally become something that I can actually cope with.."

Pauses are fine. The reassurances from presenters. The cracking voice of the interviewee. Our medium is currently generating some of the most honest and emotional content it has ever done.

Can you go too far? The listeners will decide. Can it create powerful radio – yes.

Can it actually do some greater good too – certainly.

It’s another distinctive achievement for this wonderful old trusted thing called radio - when in the hands of the best communicators and their most gifted producers.

In this arguably more compassionate decade, on balance at least, we have moved away from taking the piss out of listeners to something much more powerful. As ‘radio’ forges its own future, as distinct from music streaming services, watch this space.