How Significant is the Bankruptcy of US Radio Groups?

The two largest US radio station owners have filed for bankruptcy - iHeartMedia (owner of iHeartRadio, formerly Clear Channel) which owns 850 stations and its rival Cumulus, with 445 stations.

Does that send out a worrying signal for the radio industry generally - and a harbinger of things to come here in the UK? Our own industry is fast-changing and there have been casualties, just as in any sector - but the US challenges are simply about the cost of debt. As seasoned UK radio executive Phil Riley, reports here in this guest post, the underlying radio businesses are solid.

Phil is Chairman of Koala TV and a director of Celador Radio. He is former CEO of Orion Media and Chrysalis Radio. 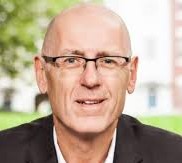 “Clear Channel was a crazily leveraged buyout in 2008, almost completely debt funded, with no real shareholder’s equity, just at the wrong moment. Timing is everything (see also Toys R Us and other buyouts in 2007-2008).

Normally in a leveraged buyout of a mature business like this, you’d spend the first two to three years cutting costs and using hopefully increased free cash flow to cover interest payments, but crucially also start to pay down some debt. However, they immediately hit the financial crash in 2008-2009, ad revenues went into decline (or at least stopped growing as fast as the business plan might have suggested).

A highly operationally-geared business like radio (high gross margins but high fixed costs) stops throwing off cash in those circumstances.

Once you get in a situation where the interest on your debt exceeds your free cash flow, you are snookered. You can’t bring your debt down, so interest payments remain high. This debt had double-digit interest too -so you end up running fast just to stand still.

The debt started at around $18bn and was standing at $20bn when they defaulted 10 years later, so the debt hadn’t increased by much since the buyout, suggesting they could just about cover interest payments each year.

The default has allowed them to wipe off half of that $20bn debt. With debt halved, so too will the interest payments. If they could just about cover interest on €20bn, the reduced interest payments on €10bn will allow them to use any residual free cash flow to start paying that €10bn debt down. Not good for debt-holders, or the existing equity-holders, but good for the business. If the debt had a double-digit interest rate (which I think it did, and this would have been pretty standard in 2007-2008), debt-holders will still have received interest payments over the last decade equal to their initial loan, and still hold some debt which will probably be paid down, with interest, over the next 6-7 years, so it’s not a total disaster for them.

There have been some pretty uninformed comments on Twitter about this. It is the debt, not radio’s declining popularity, that has triggered this default event. Radio at an operating level is pretty robust, and certainly iHeartMedia looks operationally pretty strong, so I suspect iHeartMedia has a great future ahead.

When we were selling Chrysalis Radio in the spring of '07, there was serious private equity interest. That would have been debt-funded, with double digit percentage interest payments. It’s public knowledge that Global paid £170m, but these other bidders weren’t far behind, Had we sold in that structure, I would have been running a business in 08-09-10 with declining revenues and impossible to meet interest payments.

Shortly after I left Chrysalis, I teamed up with some Private Equity houses to attempt to buy Emap. Bauer were successful of course, paying £422m; and again we weren’t far behind. But, had we been successful, I’d have been in the same situation in '09-'10, as I’m sure revenues and profits would not have been sufficient to cover interest.

I was personally lucky to avoid being at the helm of an over-leveraged radio business as the world hit the credit crunch, and the radio industry itself in the U.K. was fortunate to end up in the hands of private, family-owned businesses like Global and Bauer, who could afford to take a long term view of success.

Those asset prices in '07-'08 were very very high, and the drive by PE houses to do entirely debt funded deals with double digit interest payments is the cause of much ongoing grief and misery across many sectors.

I was lucky to have dodged two bullets. My LDC experience (at the Orion commercial radio business in the Midlands '09 - '16) was entirely different, with a sensible purchase at a sensible price able to pay its way and grow shareholders equity over time.