Is it time for journalists who write about radio to listen a little more? 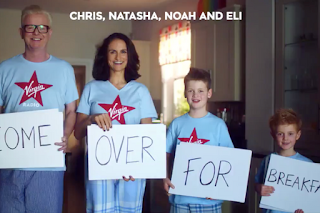 How wonderful it is that radio is once again dominating the headlines.

This quiet giant has been so often overlooked. Despite around nine out of ten adults spending almost a full day a week of their lives with it, and forming a relationship unrivalled by any other medium, it’s rarely credited with the scale and influence it deserves. Although tributes are fulsome when a leading broadcaster dies, it’s rarely recognised that the medium itself must be pretty special if the demise of one of its own generates such a sense of loss.

Listeners love radio. They define themselves by it – readily dubbing themselves ‘a Heart listener’ or a ‘Radio 4 listener’ in a way no human being would proudly proclaim they were an ITV viewer.

Now, with the national radio shenanigans, radio is earning acres of enthusiastic coverage – and that’s a great thing.

Is it just me, however, who reads some of the scribblings and breathes silent fury.

Articles appear to be written by someone who just got a radio for Christmas - or has not listened since 1980 – or owns one of those puzzling sets which only pick up BBC programmes – and who lives in London.

This week, in Campaign, we read of the Evans move shaking up breakfast commercial radio “after years of nondescript nobodies, tightly regulated in what they are allowed to play or say".

As a former regulator, I can assure the author that the regulations are broadly the same as they were decades ago. As far as what is allowed in terms of 'offence', the rules are much the same as ever through the IBA, Radio Authority and Ofcom, with interpretation moving in line with audience tastes and opinions. There has been no sudden shift.

As far as 'nondescript nobodies' are concerned, the last few decades have been as full of the greats as ever. And, in the most competitive broadcasting world there has ever been, many of them have had to be on top of their game like no other generation.  The amount of work from breakfast show presenters and teams across the country in the last decade or two often exceeds the effort and thought that was expended in prior generations. They have been aiming to produce distinctive radio which their audience will remember.

The 'highly regulated' 'nondescript nobody' Chris Moyles is doing his thing on commercial Radio X – and has been for four years.  I’m sure he sits there with laminated copies of the rules.

And Chris Evans himself, of course, was on commercial radio in the 90s - presumably the very time when the journalist suggests it was a land of nobodies 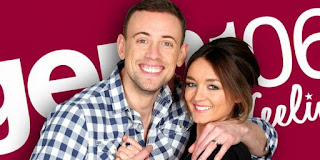 Sam & Amy (now on Virgin – and for years on Gem) carried off the awards time after time, in the face of BBC and commercial national radio shows, with their blend of honest me-too moments and the sort of open conversation people of their age have. Much as I love them both, I doubt either of them would have bothered turning up if tightly regulated. And to call either of them a nondescript nobody is laughable. They hold a room – on and off air.

The multi-Gold award-winning Christian O’Connell on Absolute Radio was tightly regulated for sure, as I’m sure David Cameron would agree when he dared to use the word twat on Christian’s show . The complaint was not upheld.

What of the great local shows. The North East loves Steve & Karen. They’ve been on-air eighteen years together, now on Metro, and own their market. Broadcasters who are nondescript nobodies do not earn the level of love and engagement they receive. 'Hirsty's Daily Dose' in Yorkshire was huge for over a decade, making the station the largest outside London. 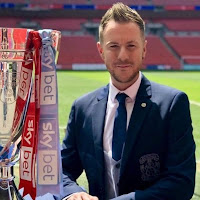 And you will not speedily walk down any road in Coventry with John Dalziel from Free Radio. If this nondescript nobody is not recognised in 100 yards, I’d be surprised. And let’s not forget the Scottish greats too like Galloway.

Radio in recent years has been creative, considered, and more authentic than ever. Highly amusing moments - and poignant moments like never before.

Far from the ‘primacy of the DJ’ about to be revived, their influence has never gone away. The influential broadcasters cited in the article - from Tony Blackburn  to Everett and Robbie Vincent - thoroughly deserve the acclaim, but there has been great radio since too.

I wish the article were a rare example of nonsense.  Whilst there are columnists who write sensibly and Gillian Reynolds’s writings on historical matters are flawless, many others simply suggest laziness.

I recall the one which concluded that Radio 4 was losing out in audiences to podcast and 5 live. There was no mention of the giant LBC – and the fact that 5 Live audiences had actually been in a decline. So, no facts; indeed, the contrary.

In an analysis of radio election coverage, I recall being shocked that journalists had not thought to dip into LBC to highlight its excellent, fresh offering with Iain Dale and former Home Secretary Jacqui Smith.

There is the implicit argument too that if you’re not saying a lot, it’s tightly regulated and low quality.  Anyone who thinks that good music-intensive contemporary radio with tight links is easy is wrong. It is an art. The people at the top of the CHR game now, particularly at Capital, are doing some of the cleverest and most considered ‘top 40 radio’ that the UK has ever heard.

Then there is the ‘everyone is podcasting now and no-one listens to live radio any more’ narrative.  Podcasting is growing – and that’s great. But let’s acknowledge that almost nine out of ten of adults don’t bother with it at any stage of a week.*12% weekly reach Rajar Midas Winter 2018) 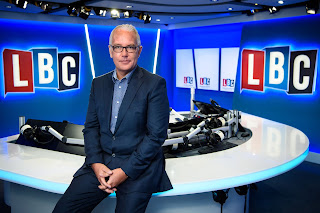 Thank goodness for Eddie Mair’s arrival at LBC. The Radio Times now acknowledges commercial radio at last.  In the years until now, any radio commentary in that organ was largely confined to trumpeting obscure drama on Radio 3.

When I was last being grumpy about this - one BBC chappie suggested to me there was not much one could write about commercial radio. Well, if you cannot write about the big personalities, their chopping and changing, the beautiful ad-hoc moments of listener interaction, platform matters, new formats, crisis coverage, the battle for supremacy, the changing music mix, the brand battles, the takeovers and examples of impressive commercial brand integration - then you shouldn’t really be writing at all.

The sniffy ‘local commercial radio is a bit naff’ suggestion does not stand the test when one looks at the size of its audiences and the level of engagement from shows which rule their patches.

'Video killed the radio star'. If you haven't been able to think of a better headline since that song was released in 1979, go get another job.

Too many journalists and columnists appear to bully radio. And certainly commercial radio which a staggering 65% of UK adults sample each week.  It’s time for the authors to pause before writing – and commit to the level of investigation and consideration that one hopes they’d invest in any story.