To Target or Not to Target 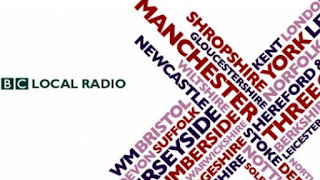 The dirty world of audience targeting reared its head in the context of BBC local radio last November (Nov 2017). Maybe the DG's speech has been misinterpreted, and I think I can see how his objectives could have been in the context of the vision outlined and the occasion at which the speech was delivered, but I'd love to be sure.

Do you recall when Radio X conceded it was targeting blokes (currently its listening is 65% male. Quelle horreur.

When there were few other stations in town, you could do what you like – providing you did it reasonably well.  Then came competitors.  If there is someone doing what you do - but, better - for a particular slug of your audience, your audience will find it.

If you set up a station in a competitive market aiming to do everything for everybody, you will fail.

It’s not by accident that Heart, Galaxy and Kiss stole swathes of audiences from the original tier of ILR stations which have painfully been trying to reclaim ground ever since.  Targeting is about identifying your audience, understanding it, and addressing its needs.

Great stations have focus. When they succeed, they own their target audience and those listeners deliver real loyalty. Then, the shoulders of that audience are built too with secondary audiences, without compromising the integrity of the primary audience. Heart targets women with vigour – and attracts men along the way for the tastes they share withthe target.

Targeting is not necessarily just about demographics. It is about focus. Who are you expecting to listen? Do such people exist and are they likely to tune in? My issue is not that BBC local radio moves from 50+ - it is any suggestion that it moves from 50+ to a target not defined at all.

Many great stations in competitive markets define their target listener even more specifically than just age.  Kiss owns its young audience in London - delivering 64% of its hours from the under 35s – building such scale there that they then actually beat both Radio 1 and Capital in overall all-adult share.

Other target audiences can be defined by their tastes in music or other specific interests. TalkSPORT is for blokes who like nattering about sport. Radio 3 is defined by serious lovers of classical music. Classic FM’s target listener will be different, driven more by mood – and its content and tone address the tastes of its chosen audience.  Radio 4’s approach to news and talk is very different from LBC’s. None of those stations is targeting everyone - they have someone in mind and their on-air recipe is distinctive and consistent. No one doubts what LBC does and how it does it.

It’s pretty helpful to know who you are talking to when pick a song or frame a talk topic. As a 19 year old on air in Nottingham, I knew Radio Trent was targeting some way above my own age, and that was on my mind as I pushed up the fader.  The audiences were likely the better for it.

Some people have argued that Radio 2 is successful and yet ‘not targeted’. Putting to one side the fact that its operating licence requires it to be targeted 35+, I suspect their music programmers would concede too that they know which songs work for their audience and which do not – and that sense probably stretches beyond a demographic.

‘We have to backtrack 80-, 70- and 60-year-olds to when they were 13 and look at how that informed their music,’ ‘What you will always get in our mix at Radio 2 is rock’n’roll. But there’s a degree of interest in the Eighties again, for example, because it evokes great memories for today’s older people.’ (Jeff Smith, Head of Music at Radio 2)

Ken Bruce can talk naturally to his audience in a way that a thoroughly proficient 26 year old would not, because he’s not 26. He’s chatting to people a bit like him.  Like Jeremy Vine, his cultural references, his life experience all mean that the station’s principal audience feel he is one of them.  There's probably a reason why Ken's on 2 and Grimmers is on 1.

If Radio 2 is really targeted at everyone, we should sack the Controller. Rajar indicates 91% of Radio 2 listening is from those aged over 35.  It would not be so successful were it to worry about those under 35 too.

I cannot accept that the women next door has the same taste in music and chat as me just because she lives next door. Geography is not sufficient to unite a station format. Localness can be relevant - and it can build loyalty - but it cannot work at the exclusion of everything else.

There appears to be a school of thought emerging which suggests that this 'radio for everyone' will be achieved by targeting by programme. That listeners will think: "ah – it’s Thursday at 2 – I must turn on BBC Radio Trumpton – there’s a programme just for me".  Yes, people can ‘listen again’ at a a time of their choosing, but if that’s to be relied on for audience bulk, just put the programme online in the first place.

All research about BBC local radio, time and time again, has spoken of the friendship that listeners enjoy with their station. If I have a friend, I like them to be there when I need them, and behave much like they were last time I met up. If I pop round to Maisie's for a coffee and she's smoking a joint and playing Dizzee Rascal loudly, I'm not sure I'll be round again any time soon.

If, every time I drop into my station, they are doing something different, I rather think I’ll stop
bothering.

The 60s pirates were loved because they spoke to youth. Yes, youth could savour Pick of The Pops on the Light Programme, but the pirates suited them better because they did what youth loved all the time.

Similarly, if I am expected to keep dipping in to a station just in case it happens to be a show aimed at me then I’ll quickly become frustrated and delete it from my repertoire. That’s how poor focus impacts on reach as well as listening hours. And on commercial radio, reach matters hugely too. Just ask the PD - or a local sales exec.

50 years of Radio 4 heritage has got the Archers, Today and PM embedded in the habitual listener clock, but then again, I think we’d all still find it pretty easy to give an impromptu speech about the target Radio 4 listener. And I suspect any programme pitch would be turned down pretty swiftly if it did not appeal to the likely Radio 4 listener. You can smell Radio 4 from a distance – and it’s a beautiful aroma. Again, it knows what it does.

Can you have specific programmes off-peak, out of the limelight. Yes, you can.  Sturdy stations can afford to go off piste in off-peak hours where the risk is low and the potential gains out-weigh the risk. The real audience battle, though, is 6-6. That needs to have focus.

If targeting everyone worked, we’d have all been doing it for years.  We certainly wouldn’t have bothered with having the luxury of both Radio 1 and 2. Highly motivated, well-rewarded staff doing excellent BBC local programmes on whatever they fancy for whichever audience they choose is a thoroughly attractive proposition.  The problem is, few would listen.  And whilst audience size may rightly not be the  sole determiner of success for the BBC, even Auntie has to watch just how much is being spent on how many - it's certainly a figure that's in her annual report.

BBC local radio has suffered audience losses – even beyond what one might have expected from the changing media landscape. But I contest it has not done as well as it might because it has not been focused enough.  It does not own any 50+ demographic as well as Radio 1 owns the more highly contested younger demographics. A 50+ person witnesses how off-beam programmes can be.  Stations have been variously too old or too young.  Compare that with Capital’s obsessive addressing of its target audience.

There have been other BBC local radio approaches through the years where the battle is fiercest – GMR in Manchester – and numerous versions of BBC local radio in London. They’re not still around.

The secret to BBC local radio success is more focus not less focus. A mix of music and chat from gifted communicators of the right quality on a spine of trusted national and local news. And if there is a target - what about the demographic which values its localness more than anyone – because they’ve lived there longest. A fitting blend of music and chat which has no rivals in a demographic where a commercial operator is unlikely to tread.

The local newsrooms have a crucial job ahead.

Do allow the newsrooms to compile content for all, delivered online and on social media. To have a decently-resourced solid BBC newsroom addressing all relevant stories which emerge locally is eminently sensible. But that sound news strategy should not also define the target audience for the local radio station – the newsroom should provide tailored bulletins as a service provider for the BBC local audience.

This management freedom and 'do as you like' will work decently in smaller, less competitive markets and in ones where the Man Eds really know what they are doing and choose to inject sensible  focus.  Elsewhere it will fail.

I may be wrong. Time will tell.  I shall watch with interest – as will their loyal existing listeners. I love BBC local radio - and care passionately. I worry this will get messy and expensive and will lead to its demise next time around when its audiences and cost will be even more challenging to justify than now.

This blog post was written in November 2017, following the speech in Coventry by Tony Hall: "First of all, I want us to reflect the community – every part of it – and that means ending the idea of targeting just the over 50s. Local radio should be for EVERYBODY - Frank Gillard was right!"