A friend from Capital recently told me the story of a call he'd aired between him and a teenage girl. He’d spoken to her in the way good presenters do.

Next day, her mother called in to the station bearing gifts. It transpired that the girl was being bullied because of her accent. Kids pick up on these things in a particularly destructive way. But – as the mother told the presenter – her daughter’s brief appearance on-air and the friendship with the presenter that the tone of the call suggested gave her cred.  The bullying stopped.

"On this World Radio Day, let us recognize the power of radio to promote dialogue, tolerance and peace".

Around the World to this day, radio plays a key role.  I recall vividly my brief spell in Kenya a few years ago helping to establish a structure for licensed commercial broadcasters. Outside the big cities where TV penetration and literacy levels were low, radio was a lifeline. Used sensibly and regulated fairly, it can play a key role in making democracy work.

The drama ‘New Home, New Life’, swapped Ambridge for Afghanistan, with storylines about organic pigs, forced marriages and land mines. Partly developed by Archers’ producers and broadcast on the BBC World Service, was said to draw audiences of more than 35 million.

New languages and services are being bolted on to the World Service on a scale not seen since WWII - and the list of countries jamming her is interesting. The tale of international cat and mouse sounds like Ofcom vs the pirates on a London housing estate.

As the debate on future BBC funding rages yet again, let’s remember that the investment in the World Service saves lives. Fact. 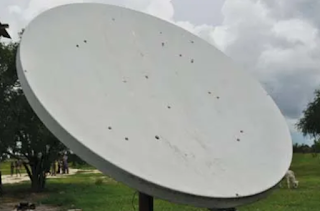 Radio in South Sudan is no picnic. I recall from a TechCon conference the pictures of a bullet-damaged satellite dish and of the transmitter being floated downstream on a raft – in the absence of roads - as the intrepid operators sought to stay on air. Add to the logistic challenges, the beating sun, tropical rains and the political challenges, and you get some idea of the determination that radio needs to do its job.

In the relative peace with which the UK has been generally blessed in recent generations, and the advanced state of literacy and communications, it’s easy to think that radio here has been reduced to fluffiness. Many broadcasters will assure you, however, that whilst entertainment rightly plays a huge role, radio’s engagement still carries power and influence – whatever the format.

A news report last week suggested that elderly people in the UK feel “so starved of information after their last local paper closed” that an MP suggested they are calling his office for news updates.

"I was amazed to have elderly residents ringing my office to say would I keep them informed of the news," he said. It’s a salutary reminder of the value of BBC local radio to older listeners. Just about any BBC local broadcaster will tell a story of a listener for whom the service is a life-saver.

Sad news. Just learnt of the death of one of our most loyal listeners. He’d call for requests every day, come and say hello at events and always, without fail, perform his fab impersonation of me reading the news, whenever he called. Adam, you’re the reason we do what we do. RIP.
— Sean Dunderdale (@seandunderdale) January 30, 2019

Small commercial and community stations too have their tales to tell – whether the school dinner menus announced on Radio Scilly or the loyal Lincs FM listener. From the school closures and travel news - to the programmes which seized the mood of Manchester on the hours after the Manchester Arena bombing - from Key 103, BBC Radio Manchester and Capital. On Capital, shows were localised, pace lowered and backing music dropped as Ant Payne talked to his own. Radio is not just about news – it’s the comforting arm around your shoulder.

Major stations also carry influence. Witness Greg James’s ‘Pedal to the Peaks for Sport Relief’ on BBC Radio 1. Radio’s authenticity and connection welding an audience to a cause. Bauer’s Cash for Kids and Global’s Make Some Noise and the efforts of other fine commercial stations contributed to a sum of £30m raised for good causes in 2017.

Radio illuminates. As I said once before of interviewees, having heard an emotive Desert Island Discs, watch a TV interview and you’ve seen them – listen to radio and you know them. Listening to LBC, who can fail to be moved and often persuaded by the powerful personal contributions from the natural and yet enviable diversity of callers.

As I drove to see my dad in his nursing home one day, I recall it was the passionate contribution from one powerful panellist on Radio 4’s ‘Any Questions’ which helped solidify my own view finally on the complex matter of Brexit just before the referendum.  Put to one side the dull Twitter folk - journalists try their best on our well-regulated medium; and recent months have further focused the minds of correspondents on the importance of clear conversational explanation. Little wonder radio is the most trusted medium for national news – 77% trust radio, compared to 15% who trust social media. (Valuing Radio - A report by the All-Party Parliamentary Group on Commercial Radio)

Radio is the mass medium reaching the widest audience in the world. However it is produced, broadcast  - or defined  - in future, it will always be there doing some good.

In the words of the UN: “Radio is still the most dynamic, reactive and engaging medium there is, adapting to 21st century changes and offering new ways to interact and participate. Where social media and audience fragmentation can put us in media bubbles of like-minded people, radio is uniquely positioned to bring communities together and foster positive dialogue for change.”