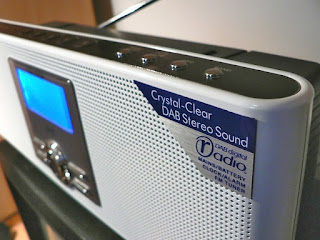 It was not unexpected news to read of Global Radio’s changes - those regulatory sands shifted many moons ago.

Most Global people I have spoken to in recent months have been resigned to imminent change: true professionals facing their futures philosophically. Going on-air stoically each day in the last few months has not been easy, and the fact that they’ve managed to plough away with impressive and inventive radio is a tribute to their talents. I salute and respect you. At last, at least now you can plan ahead.

At times like this, and many of us have been there, it’s important to carry on believing in yourself. I appreciate that, particularly if you have a family to look after and local ties, that’s easier said than done if you are to stay in the industry you love.

I hope Rae Earl will forgive me for mentioning the bar in Leeds where she, her husband Kev and I met emotionally - as friends - some years ago, just after it became clear their breakfast show would not be continuing on Leicester Sound.

Now, they’re in Tasmania, with Kev an announcer and assistant content director at 7HO FM and Rae, of course, enjoying life as an accomplished author - thanks originally to  ‘My Mad Fat Diary’ - the very one she delivered originally on Leicester Sound.

Yesterday, she wrote as below:

“Have a good rant/bloody good cry.
Be sad because it IS sad.
But then - know it’ll be bloody OK.
The great mates you made will stay in your life.
Now that you’ve done THAT, there’s loads you can do.
Go and do something else brilliantly, and love it.
Love to all.
You don’t stop being radio because you stop being in radio.”

Our beloved business was always destined to change. It always has. The original BBC local stations in the 1920s became regional and national. The offshore pirates closed down; as did Radio Luxembourg. In every single radio company, there have been re-organisations in the last decade - with piecemeal redundancies - and also fresh posts created which did not exist a generation ago. And now, as with all industries, the pace of change quickens.

As I’ve often said, had we planned to create a successful UK commercial radio industry, we probably would not have started the way we did.  Commercial radio was not a popular concept at all, and it brought a change in government in 1970 to bring it about at all. Then it was a local model - and so piecemeal at the outset to be virtually useless as a national advertising platform. Now, a sensible national structure has painfully emerged. It is an accident of history that we have had to demolish local to create a sustainable future.

Was local important? In capable hands, it brought value - but ‘doing local radio’ well is a real gift, and it has been truly mastered by few.  Is it odd we have mainstream local radio in little Mansfield and not in larger Nottingham? Yes, but then again evidence suggests it is in proud smaller communities where local radio truly thrives.

The listener turns on their radio now, virtually anywhere in the UK, and the choice of programming is broader now than it was a generation ago. Local radio tiers are not as thick - but nationally we enjoy the sort of radio formats - like Scala - which could never have survived locally. It’s not the radio we grew up with, but a lot else has changed in life since then too.

Watching the demise of high street retail, the challenges of the music industry and the grappling of the press, we should forgive the radio industry for acting boldly and quickly to ensure it is equipped to fight the tough battles ahead. We should not hurl abuse at sensible businesses who act before they are forced to by circumstances.  Those who fail to take advantage of latent economies will be bought by those who will.

Where from here? The number of local radio brands has diminished - yet the number of national brands has multiplied. Audio generally  has certainly never been so exciting. There are now jobs in the broader arena which simply did not exist five years ago. A heightened reliance on national ad business from Global will also increase local business opportunities for the other operators.

I hope most of the best presenters, journalists, techies and producers will secure new opportunities. Many station managements would concede that they have struggled hitherto to fill many vacancies with those of a suitably high calibre. Our industry’s brightest brains will continue to do great things - here and overseas. There will be awful exceptions, of course. As your mother and mine likely said - life sometimes isn’t fair.

Community radio can thrive. I was vocal in my worries about those small commercial stations at threat through tiers of community stations; and I still worry about such commercial minnows who now feel that life has become so tough, they may as well sell. That is a worrying design flaw in the implementation of community radio licensing. But where a community station now no longer threatens a local commercial operator - good luck to that community station. The regulatory test rightly allows them to launch and flourish. They should embrace the challenge, as Keri Jones said, with real genuine focus on the audience and social gain.

BBC local radio should also seize the opportunity. I have written many times about this sector, yet still it struggles. I hope that Chris Burns can provide the leadership and programming nous it needs to forge a sustainable path ahead. I worry that, for now,  with notable exceptions, it remains poorly and expensively run and led, with an alarming lack of audience focus - not helped by an ill-judged DG speech in 2017 which has resulted in less rather than more focus. It’s wonderful that the BBC now says it believes in local radio, after many years in the cold, but it needs to be programmed brilliantly by those who really understand on-air talent and the art of radio programming. If it cannot grow its audience now, there is something wrong. Go find the best newly-free candidates both to manage and appear on-air on your frequencies.

Drawing back - to have radio audiences overall so healthy, and proud companies like Bauer, Global and News UK investing in enviably polished brands - has to be good news. There are hundreds of people who work there who are rightly hugely proud of the content they create. Capital, Heart and Smooth are huge - and will grow further. Commercial radio now reaches 65% of all adults, and its focused high-profile brands will now lead to heightened success.  Listeners appear happy - and it is to keep growing them that this industry exists. A healthy commercial sector will also keep the BBC on its toes.

Few issues are black and white. Brexit has been a painful lesson in that. The latest changes in radio will be regarded by devastating for many,  and I share that agony more than my objective, professional self would ever care to admit. I’m an anorak at heart. I could sob too, but tomorrow’s another day and I hope that it brings resolve and success for you if you are gifted, committed and persistent.

And for those of us unaffected, for now, by the latest changes, let’s be thankful for having a job we love and give it all we have tomorrow. Similarly, good luck to those who will emerge from these changes with a heightened opportunity. Let’s never take our beautiful world for granted - it is a privilege.