Any Lessons for Radio from the High Street? 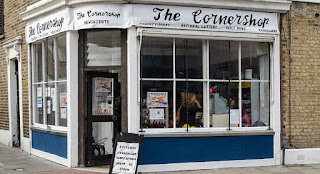 Ah, the British corner shop. My mum used to hand me a crumpled ten-shilling note and send me to the one at the end of our road to fetch three rashers of bacon and ten Park Drive Tipped. As I pushed open the red door, a bell would ring – and little Mrs Cooper would pop up behind a little counter and pull down whatever was asked for from the high shelves with a walking stick.

Years ago, the UK was full of such small, independent shops, largely replaced now by the major brands.

That retail world seems to echo with our own radio world. Does the high street provide any clues for radio - now and in the future?

We both started small. Proud quirky independents, highly valued by their communities and run by rich characters. Some small shops did sensibly club together to get better buying power, such as the Spars etc – just as the original radio stations used national sales houses to represent themselves in the national market.

In time, supermarket chains grew - and major names started to dominate such as Sainsbury. Who could possibly topple them?

The battle was fought valiantly – with the upstart Tesco turning to research for the first time to educate its understanding of what shopper wanted. The equivalent, maybe, of GWR and Chrysalis, bringing clear listener-focused thinking to radio.

'Trade Off' was the Tesco research vehicle, developed by Ford when they launched the Fiesta to compete with the Volkswagen Golf.  This approach asked consumers to choose between hundreds of paired choices - so that the genuine answers seeped through, ahead of what the consumer 'felt' was the 'right'  answer. Do listeners want three long ad breaks or four shorter ones? You're unlikely to the get the right answer from a straight question. 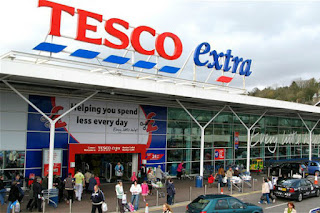 How else did Tesco rise to the top? Its brand had not been seen to stand for quality – so it invested in marketing. It established too that there was not one single major reason why it did not outshine its rivals - there were many small issues. It implemented accordingly a ‘bricks in the wall’ policy – working out those little things which it needed to improve.  One such issue was checkout queues – where it then invested in a ‘Not more than one in front’ policy, because it knew that shoppers could tolerate one customer ahead of them but no more. For radio, is there an ad loading parallel to this?

The supermarkets react to mood too. Tesco understood that shoppers had, at one stage, seen buying ‘own brand’ as something to be ashamed of - but now, with a different national mood, saving money became 'a good thing'. Is this the equivalent of radio stations moving from stunts and wind-up calls to true life stories and authenticity?

Like most companies, Tesco moved from a macho management style to one which recognises how its staff are best motivated. In commercial radio too, despite all its challenges, there has been a sea change in how creative individuals are managed in the best operations. I’m not totally confident the BBC has yet made the same shift.

The importance of the arrangement of stock within supermarkets and its general theatre has radio parallels too. Every wise radio station takes care with its imaging - and chooses what it puts in its shop window – and stations with off-peak programming hide it round the back. The theatre of the butcher’s counter or fish market is delivered too in great production and presentation values, turning the everyday into the compelling.

Tesco did tweak its offering for local markets - ethnic foods offered in some areas but not in others. It knew too that its shopper appetite was different on some days from others "It's no good putting out large cuts of meet in Wakefield on Monday or Tuesday as no-one had any money by then". In radio - stations now recognise to to a greater extent: mood, time and day of week - but do we always make the most of our real-time attribute?

The challenge of the high street department store is evident. We all loved Woolworth, Debenhams and the house of Fraser – but when it comes to our own needs, we all find somewhere else which offers greater range, better cost or greater convenience.  Young listeners found Galaxy – and now Capital or Kiss - rather than their City’s heritage favourite  – and older listeners found Heart and Smooth or Magic. 'Department store' radio stations thrive only in proud communities where they remain relatively isolated.

On supermarket acquisitions, the parent brands were rolled out. Victor Value was no more after the Tesco acquisition.No messing about. The old brands, however, were leant on, on occasions, for some trials.  In radio, do we try things out enough away from the spotlight before taking the bigger steps.

Tesco's positioning statement was - 'every little helps'.  It sounded like no-one else's line - and it reflected the consumer benefit not an internal boast. Do radio's straplines stand the test?

In the competitive supermarket battle, there are the discounters such as Aldi and Lidl – the middle ground such as Sainsbury, Tesco and Asda - and the top end such as Waitrose.  Each knows its customers and seeks to own them. Once that job is done – then it looks right and left to see where else it might claim ground with its bargain – or premium ranges. Richard Park knew that Magic could achieve more were it defined by mood rather than just ‘older audiences’. 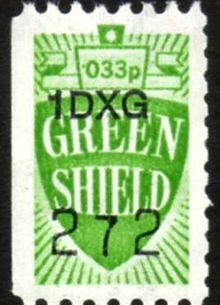 When all supermarkets were giving away Green Shield Dividend stamps - Tesco chose an alternative route and ditched them. Dramatically whitening its store windows overnight,  it teased the audience with 'Operation Checkout' - and simply reduced prices. Will News UK and its Virgin approach be the commercial radio disruptor?

Supermarkets built huge out of town premises so they could grow floor space, no easy feat with reluctant town planners Like radio, however, well-argued lobbying from Tesco won the day. Political understanding is key for any major successful business - and Radiocentre is to be applauded for its achievements for the radio industry.

Like radio, supermarket chains have struggled when expanding abroad. Whilst there have been successes, just rolling out the UK model has caused problems for both industries. It has needed specific insider understanding to succeed.

With Clubcard at Tesco - and Nectar at Sainsbury - supermarkets knew what customers were buying - and thus understood their audience more. They saw that as key to success. Tesco chose however not to position the rewards as discount but as 'saying thank you'. Are there lessons for radio contesting?

Now, a side-trend for smaller retail outlets has emerged– offering either or both of convenience and specialism.  Small shops will not survive if they play the same game as the major ones. Their offering has to be distinctive - is this the lesson for community radio?

We sigh fondly at the memories of the old corner shops – and wish they were still here. But surely we can concede that the array of choice we have now far exceeds anything that the Mrs Coopers would have been able to provide years ago. Cheaper too. In radio - there is similarly now unprecedented choice: always something of interest on one of the nation’s hundreds of stations - 24 hours a day.

Both retail and radio face more digital uncertainty ahead - and yet are also carving out their own place in that sphere to capitalise on opportunity.

Meanwhile, as the supermarket consolidation battle reaches its final hurdles, who will dominate?:

"Tesco had learned from its history that being on the back foot, trailing events or competitors stilted its potential. It was better to determine a course of action and then to throw every available resource at carrying out the strategy". (The Making of Tesco - Sarah Ryle)