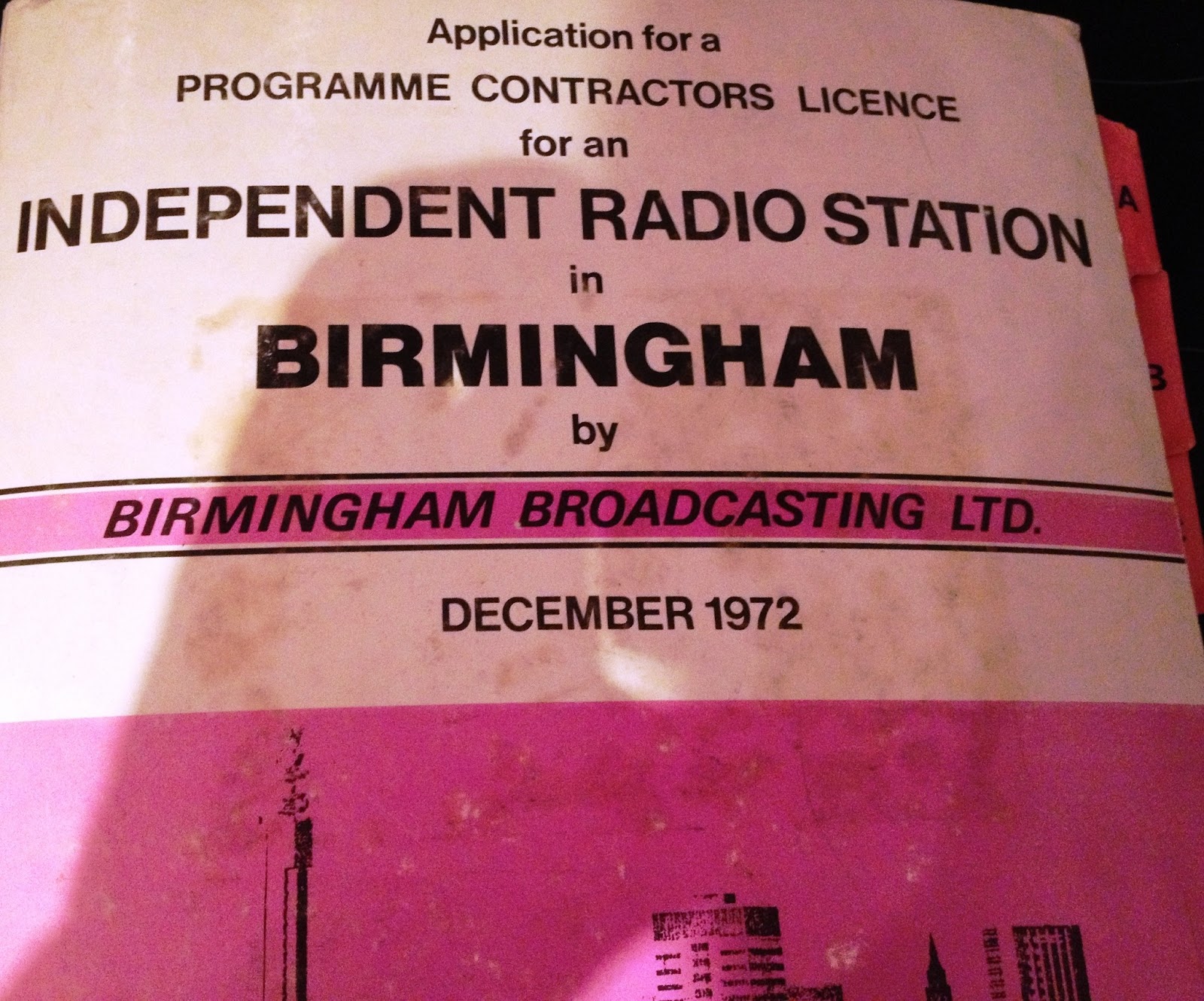 Pages of neatly typed foolscap; and smelling like a dusty old bookshop.

The original BRMB commercial radio franchise application from Birmingham Broadcasting Ltd. makes interesting reading, 41 years on.  Turn the pages of the document which successfully secured the right to operate the first commercial radio station in England outside London.

The warped cover on this December 1972 epistle trumpets an ‘application for a programme contractors licence for an independent radio station in Birmingham’. The dirty word ‘commercial’ being a step too far back then, in the days when huge suspicion remained about radio being left to anyone else apart from the BBC.  Here was a country where, unusually, commercial TV pre-dated commercial radio; save for a few tentative steps in a pre-Corporation 1920s. 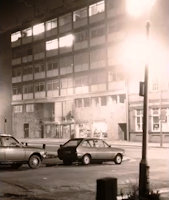 The document slid through the large Independent Broadcasting Authority letterbox, as one of four bids for the Birmingham crown in the first round of commercial radio beauty contests. This new IBA regulator was a hastily re-branded Independent Television Authority, thanks to a quick logo change and a few desks moved around, after the Sound Broadcasting Act 1972 was passed by the new 1970 Conservative Government.
Inside this doorstep loose-leaf volume, reminiscent of a hefty college project, a tale unfolds of a bygone age.  There are many characters still around today with considerable insight who could share juicy gossip from the time. I can merely leaf through the musty pages, typed, one suspects, on one of those duplicating stencils, using a battered old Remington.

The name BRMB was said to be "in line with international practice of call letters – easy to remember and easily set to music", "a natural abbreviation of the Company’s name" and "no connotation  which would offend" any of the "different communities".

A little like the more recent Radio Authority/OFCOM licence applications, the text kicks off with  a list of the ten directors, including MD David Pinnell, an executive who’d worked overseas in radio and TV; and programme manager, John Russell, fresh from BFBS and the BBC. Non-execs included the principal of Solihull College, John Parkinson; and two directors from the largest shareholder, the Birmingham Mail group.

Some members of this applicant group were probably a little bored with waiting, frankly, given Birmingham Broadcasting Ltd had been formed  as long ago as 1961.  The Birmingham Mail probably put the sherry back in the cupboard when Labour won the 1964 election.  Other shareholders  included: the Birmingham Chamber of Commerce; The Co-Op; Davenports and M & B Brewery; a trade union; Grey's and Lewis's store; ATV; newspaper publisher, Berrow's; some local manufacturers; and even Dennis Howell MP, with a careful assurance that no one shareholder had the ability, really, to influence very much at all.

Read more about the journey from 1961 to going on air in my flick through the fascinating company board minutes here.

Revenues were forecast at £346,000 in Year One, rising to £692,000 in Year Three, yielded from an audience estimate of a 40% adult audience reach. Bearing in mind this estimate was framed before any other commercial station had gone on air; and research of existing ones was scant, the accuracy of this guess really merits a box of Mint Cracknels in recognition.  Little wonder the IBA later congratulated the BRMB team on the quality of its research.  £146k would be invested in studio cap-ex and the such-like, including £12,200 for a fleet of cars.  Whilst Trent had Allegros at launch, I gather BRMB had some Cortinas - and even 'the car you always promised yourself' - the Capri.  Total overheads amounted to around £600,000 by Year Three; profit was forecast in Year Two. 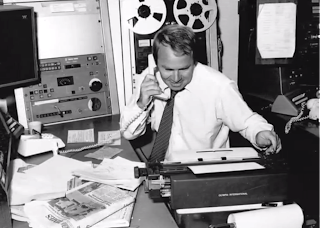 Alongside the dull costs which sit on every radio  P & L to this day,  there are a few which furrow a forehead.   Up to £100,000, by year three, was to be spent on musicians, and a similar fee for IBA rental.  Remember, though, that BRMB was pitching to be just a programme contractor; the IBA would transmit the programmes.

What became known as 'local support, was very much in evidence, the applicant had written to hundreds of local groups.  Back then, even that exercise would have taken weeks of effort by the typing pool.
So.  Programmes.  News first.  National content would come from the ‘all London news station’ (identity unknown); and local news would be assembled by seven journalists equipped, I suspect, with heavy UHER tape recorders and shorthand skills.  Their efforts would be supplemented by press, agencies and those lovely ‘stringers’. The research suggested the wisdom of shorter bulletins, broadcast weekdays from 0500- 2000. ‘Modern communication equipment’ such as 'radio-phones' (did they exist yet?) and a 'mobile unit' might be used. Local information would include lost animals, X-ray clinics, chemists' rotas and farming services.
This was a sensibly framed application, for its time.  It recognised that listeners no longer ‘sit by their sets in the living room’ and that ‘listeners tune in and out’; it highlighted too the importance of programme consistency; the appeal of music shows, and of focusing attention on daytime.  Its staffing levels were not over-arduous; and it established when it could afford local news and when it would rely on national. It also suggested people would enjoy "ever-increasing leisure time", which maybe it did get wrong.

The application recognised the competition as Radio 1 and Radio 2 (heard largely on medium and long wave, of course, back then).  It suggested it would target listeners from BBC Radio 1, 2, 3, 4, BBC Birmingham and Radio Luxembourg.  UK radio listening was seen as being at lower levels than overseas, apart from in Birmingham, where it sat at normal World levels.  I’ve just reminded Rajar of that.  The research appendix found only 54% of people had access to an FM radio. Mind you, 19% didn't really know.  Tony Blackburn was the most-liked UK 'disc jockey'.  Followed by Jimmy Savile.

This is interesting. "Are people in Birmingham interested in a local radio station?", questioned the application.  "In the main, no", it boldly concluded.  The NOP/CODATA research suggested 34% of listeners quite liked the thought of a record programme for Birmingham folk, whereas 45% preferred one where anyone in the UK could participate.  It was asserted that listeners were cynical after the "failure of the newest radio service, (BBC) Radio Birmingham". Community leaders "scarcely bother listening". Thus, a music-intensive service, punctuated with information was the likely route. Having said all that, the  aspirant operator wisely stressed the importance of LOCAL, written, indeed, in upper case.  Yes, "local broadcasters talking to local listeners about local events".

How lovely is this, under the heading: 'underlying satisfaction of radio’. "Radio succeeds" because it helps an individual "feel part of his society, combats loneliness".  It also "bolsters self-confidence...and self respect, and counters boredom of the routine, none more than the housewife and mother". Indeed.

Music? It was all about "familiarity, tunefulness, quality of lyrics, tempo and quality of performance, appealing to a wide range of age groups and musical tastes". Not "wallpaper music" nor the "endless Top 50". 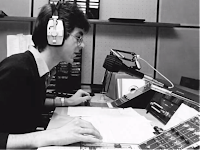 62 staff would work on the station, with 29 in programming, 16 in sales and 5 engineers. 12 people were in admin.  Let's remember back then there were few computers, so ad logs and, well, everything, just relied on a chewed Biro. The general manager would earn between £9,000 and £11,000 per annum; programme manager, news editor, and sales manager at around £5,000. 'Announcers' were rightfully some way down the scale at between £2,000 and £3,000, around the same as the 'maintenance technician'; and just a little more than the person doing ‘cassette make up’ (copying ads onto cassettes for clients) at between £900 and £1,200.   The music programmer came out with £1,100 to spend on flares and flowery shirts, a little  less than the 'newsman' at £1,600-£3,000.  'Salesmen' were on £1,750 to £3,000. Women, it seems, were rarely envisaged. And no IT guy.
The IBA had a fetish about ads being separated from programming; and indeed from each other.  This application suggested, accordingly, ‘an electric gong' or similar between ads, but wisely cautioned it could become irritating.  In other words, "yeah we’ll do that if you insist, but it’d sound bloody stupid".  BRMB would be launched within six months of  a licence award. I suspect the engineer did not type that bit. 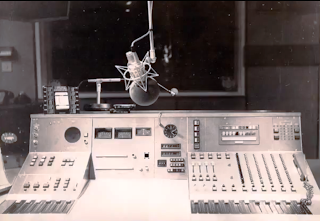 One can unfold a draft programme schedule, showing ‘Start the Day Right’ at 0500; ‘Contact’ at 0800; and 'A DJ show' at 1100. 'First edition' followed at 1200, with 'Homespun' at 1400; and the legendary 'Tradio' at 1600, where listeners could swap unwanted items.  Including pets, it said: "Hey, my dog's a real pain, may I please swap it for your nice Collie".  I think they’d run out of programme titles by they got to naming the evening show ‘5 onwards’.  ‘Up to date traffic’ was a proud feature, warning of "delays which may affect the arrival time of other members of the family". That's how life was in pre-iPhone days. There was also a ‘housewife of the day’ feature. Of course.
It's easy to smile at the odd programme strand.  Overall, though, this is a more prescient document than I imagined as as it fell off the shelf.  Here were some people who'd spent considerable time considering their approach.  There is a firm foundation of solid radio thinking, melded with the sort of language which they sensibly knew the regulator would wish to read when discharging its statutory obligations.  It did not, however, over-promise on programme delivery, and made, potentially controversial, points with confidence and reason.

The level of detail was some way behind the, maybe excessive, degree of detail requested in later licence rounds, where a regulator had to 'broaden choice' from stations which already existed.  The specific music stipulation and endless percentages of this and that, by which applicants later won their licences, and then asked to be changed, are absent.
And.  I know I'll get a few folks' blood boiling when I say this.  But when I read in these 1972 proposals of music flow, short news bulletins, a bit of information here and there, consistency, and doing a bit of good when one can, maybe we have not come as far as some suggest from what sensible people were once promising in markets which already enjoy excellent BBC radio.

Interested in what it was like inside early commercial radio? Grab my own personal memories of those days in the book 'Radio Moments'