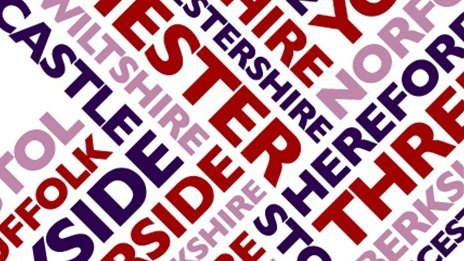 So, the walls did not come crumbling down  at BBC Local Radio.

After much heat and noise, this much-loved web of stations has survived, largely unscathed.

We do now have an evening show beamed across our fair Isles, but apart from that, the listener has been largely unaffected.  And, on the whole, so has the modus operandi of most stations.

Good news for the listener?

No. The day of reckoning has just been postponed.

These stations remain over-expensive to run.  Many are still inefficient; sometimes not in terms of those who work wholly on content, but more frequently in terms of management and operations.  The points I made in a blog almost two years ago, which appeared to receive thousands of reads and many quiet nods from my friends at the Corporation, remain largely relevant, even following the delicate slice of cuts.  As do the points I made in the report I was invited to assemble for RadioCentre, commercial radio's trade body, for inclusion within its representations to the BBC Trust review of BBC Local Radio.

Some BBC local stations still feel the need for Managing Editors, Assistant Editors, a clutch of Senior Broadcast Journalists; and other individuals in puzzling posts.  And a large number of regional managers (HRLPs) remain in their leathern chairs.  There was a flurry of management departures in BBC Local Radio, although many of those individuals appear to have been replaced by other individuals in the same post.

BBC Local Radio has saved itself, for now, but has it acted in the long-term interest of its listeners?  There is still fat; and indeed areas where listener-facing resource could wisely be boosted, were sensible economies identified elsewhere.  Ask any sensible person at the BBC, and they'll still readily recite a catalogue of stories about inefficiency with a resigned shake of the head. Those recitals have now become a BBC sport. 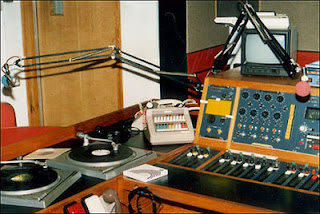 The network evening show still puzzles me, just as it puzzles some BBC staff.  Let me say I have no issue with Mark Forrest.  He's a very good broadcaster, capable of delivering material in an engaging way.  I also have no problem with Matthew Bannister's production company 'Wire Free'; indeed, I would gladly protest naked waving a placard if anyone dared to touch Matthew's excellent 'Outlook' (BBC World) or the ever-fascinating 'Last Word' (Radio 4). But, if the goal was cost saving, it's a jolly funny way to go about it.  With Mark's own remuneration, topped up with the cost of the BBC liaison post, and iced with the c. £150k fee (later increased, in an addendum) to the production company, I suggest there is not much change from the cost of the evening shows which it replaced.  Not least because some of these were already shared across several stations.

It is suggested that no cost is incurred by the post-Sachsgate compliance measures.  That cannot be the case.  If employees are charged with listening in; vetting texts and the such-like, there is a cost.  Those people are not doing something else.  I was amused to hear Ken Bruce on the Radio Academy podcast talk about his helper in the studio, charged with, inter alia, vetting texts for compliance reasons.  I rather wonder whether the great Ken might smile sweetly over a glass of wine and suggest that he's probably capable of working out which texts to read out and which not to, just as he'd managed to work out which words to utter live from his mouth during his impressive 35 year career. 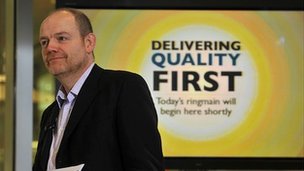 I'm pleased AM transmission costs have been reviewed, as I suggested in 2008.  I hope there's now  a medium- term plan in place to rationalise the property portfolio; and install stations in efficient accommodation.  I hope staff absence levels have now fallen.  I hope that a fresh case is made for every single vacancy whenever it arises naturally; and that fair, necessary, legal redundancy is accepted by all parties when it is needed.   As it sadly sometimes is.

I hope that managers are brave enough to assemble a colourful Excel spreadsheet on which their own role is absent.  I hope that recruitment is being done more sensibly.  I hope the BBC manages to wend a way safely between establishing what is bullying and what is much-needed, sensible. fair, performance management.  In the current BBC climate, frankly I  have genuine sympathy for those managers trying to sustain the right line just there now.  It's become tougher than ever for them to put the cork back in the BBC bottle.

This rich network of valued stations is too valuable to lie vulnerable to the next round of cuts because senior management fail to seize the initiative to run them economically.  Commercial radio is finding it increasingly tough to make a living out of local format stations in smaller markets; BBC local radio has both an opportunity and a duty.  Some BBC local stations are once again now just finding a confident  place in their markets; and one can hear that on-air.   These are the only radio stations in the country charged with serving over 55s; and, given population shifts, that duty is an important one.

I write this not because I wish BBC local radio to suffer.  I write in because it must not.

Circumstances will, in time, dictate that further cuts be made.  Let's not save them up and make a song and dance about them next time, so they become impossible to introduce.  Senior management must act now, day by day, in all they do and the decisions they take, to preserve the stations and not self-serve.  That's doing what licence-payers pay them to do: to manage this operation efficiently.