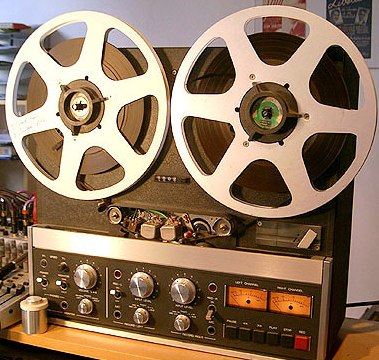 As I wheeled an old Revox tape machine home for its quiet retirement in my back bedroom, it struck me how much more physical life in radio once was. These machines are hefty beasts.  Even heftier when accompanied by a pile of necessary 10 1/2" spools bulging with 1/4" tape.

To keep an hour of output demanded a whole hefty metal spool full.  I was reminded recently by our Head of Sport, Tom Ross, that sports programmes would be logged on these, and each time a goal was scored, a bit of paper would be inserted at the appropriate point in the take-up spool, so one could swiftly re-wind at the end of the show and copy off the match highlights. Unless a bit of errant stray leader tape obscured the key moment. Then you’d swear.

I do not recall any health and safety training with regard to these machines, regardless of the ease with which one might slice one's finger off when hastily rewinding, or trying to stop a spool quickly.   I am not the only person to have tech-opped a show with blood dripping from my fingers onto the Formica.  Easy to make errors too; like playing the tape at the wrong speed, backwards, or lacing it inside out.  The latter was the most difficult to detect if the contents were unfamiliar: a very good friend of mine willingly confesses to having played a Christmas  Eve carol concert like that once. Until the tetchy producer called in, rather concerned about the vicar sounding like he was speaking through a sock.

It's tough to explain to a generation weaned on software solutions just how complex life was. 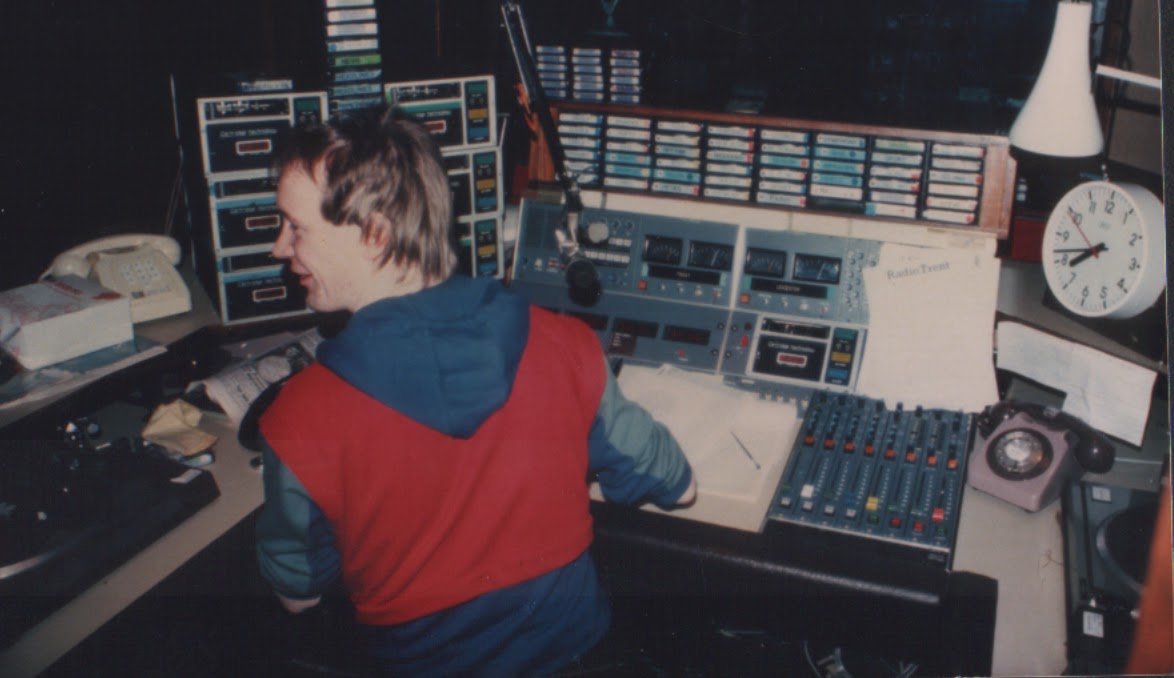 Although multi-track tape machines did exist in early commercial radio days, that significant investment tended to be made only on devices used by commercial and music producers.  Programme producers were only deemed worthy of a basic studio, so lesser mortals had to resort to all the tricks of the trade.  Witness how much Kenny Everett achieved in his earliest days.

Ah, the secrets now, just before they die with our generation.

To get more than one 'track', it was a case of mastering on one machine, playing back another, and adding in whatever you could during the dubbing in real-time.  Lucky studios were equipped with a third reel-to-reel, or you could, as I often did, open the fader to the studio next door and run round to play in extra stuff.  You could, of course, play a spot effect off vinyl, from a cart machine or cassette too.  Your own voice could supply the second or subsequent track, mixed in live.  Using your own 'multi voice', meant counting yourself in and trying to speak with, or to, yourself.  Each 'take' was an exhausting choreographed effort.

To get further effects beyond the exhausting performance above, you had to copy the whole thing off again, sacrificing audio quality for complexity, remembering that in those analogue days, quality deteriorated on each dub. 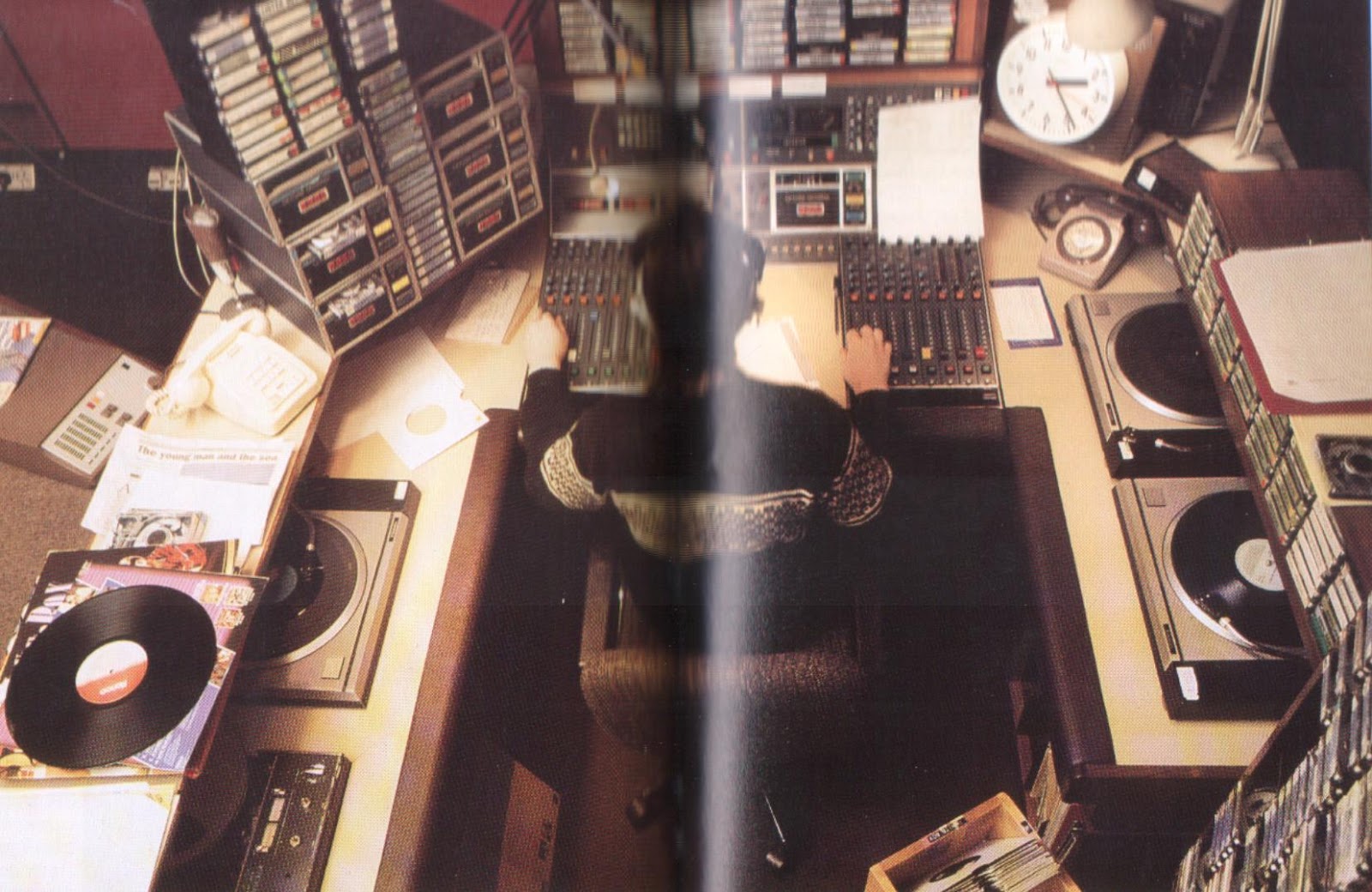 Want to phase something?  That entailed two copies of the audio, played simultaneously and recorded on a third, with a finger placed on one of the spools every now on again just to slow one copy down slightly. The waveforms would cancel, and lo, the phasing effect.    Echo?  Fader up on the record machine. Slower, better echo? Play the whole thing at half speed and put the fader up at the end, then return to proper speed.  Reverse echo? Turn the tape over so it plays backwards-gobbledegook and echo the end.  Which then becomes the beginning.

Each edit was painful.  An individual cut of the tape with a razor blade; the elements  repaired with white splicing tape.  An early lesson was to keep the bits you'd chopped out, just in case you needed to rescue them later.  Someone assembling  a long production piece would have pieces of tape draped all over the studio for later use.

Incidentally,  this whole ritual was often conducted at midnight, given studio time was in short

supply. Unlike now, there was no ability to do mixing on your desk PC in the office. Rows about studio time would come to blows, followed by typed memos and new booking systems, followed by more anger when the procedures were ignored.

What about that complex production, when a repeated word or syllable was desired - the sort of effect a flick of the wrist can achieve on Protools.  This was a case of chopping out each mini-sound, copying.  And then again.  And then again.  Surround yourself with one inch bits of tape and glue them all together.

Kenny Everett, of course, was the master.  Would digital have made him any better? Or would he have diverted his time into a relentless pursuit of 'perfection'? On his blog, Andy Walmsley dissects just one promo.

It all took a very long time, but just maybe back then, we focussed on the big things that made a difference.  Now it’s easy to spend sometimes too long on the final polish.  Just because you can. 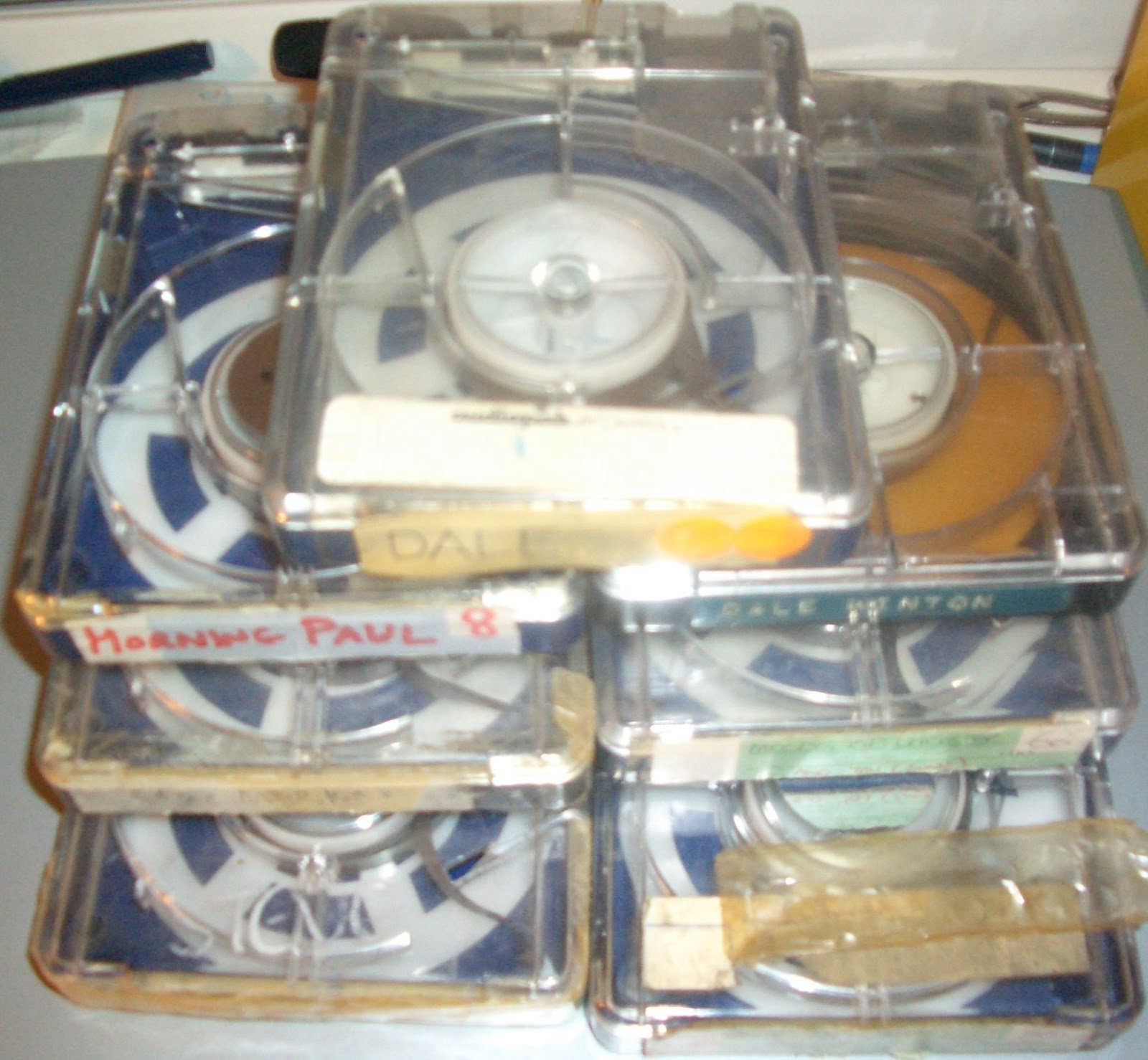 On-air, each bit of finished production lived on a tape cart.  Having a box of new blank ones to use was a very special treat. One would label the item with care, with coloured stickers or Dymo. Then, once on air, out of a junction, you’d load up the cart machines and fire them all off with a powerful finger push. Complex sequences could mean whipping carts in and out within a ten second item. If you could make a junction more challenging than it already was, you did.

Enjoy here a few illustrative 1980s analogue bits of mine I discovered on a decaying spool of Racal Zonal recently.  Some crazy multi-tracked-me shouting, talking to myself, and getting very enthusiastic about an £64 giveaway. Enjoy too a little 1980s Dale Winton I recall mixing; a dodgy Thatcher impression; a questionable contest mechanic which involved sticking ‘bugs’ on buses; and a fun Christmas greeting.

These were, indeed, the nineteen eighties.

Remember. White leader at the front, red at the back.  Remember that, or you'll be on tape reclaim as a disciplinary measure.  Goodnight.