Brand Integration. Are we making the most of it? 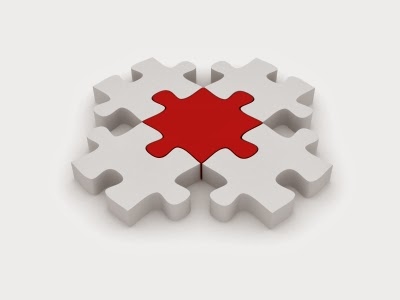 As 2010 closed, OFCOM confirmed the unthinkable.  The suits at Southwark Bridge cracked open another bottle of branded sparkling water to celebrate the sweeping away of decades of wordy compliance rules, which had caused generations of regulators to chew their Biros at the best of times.  Brand integration was to be legitimate from February 2011, even though OFCOM did not call it that.  The right move.  Full marks.

As far as I know, there has been no outpouring of indignation from Middle England.  One wonders why on earth we all put up with so many pointless rules for quite so long.  Now we can just about do anything commercial in most places within programming, so long as we mention that the clients are 'our friends'.  Of course they bloody well are.

But have we truly embraced the new freedoms?  Some stations have, others have not.  Across British radio, though, one can still smell the legacy of rules which once existed.

A key example is the gratuitous competition.  The client who just wants a nice plug, gets a long, irrelevant, spurious competition with a long sponsor line nailed to the end.

Two things accordingly occur to me.  The sponsor line was originally created as it used to be the only legitimate place for a commercial credit outside an ad break.  It used to necessarily be: content  - sponsored by ‘client, who do a lot of lovely things’, or you were carted off to the Tower.

Now, provided the client is credited promptly, you can embed their values and proposition within the item in a natural way, whether in a promo or an execution.  You do not need an interminable, often nonsensical sponsor line.  Credits only used to be nailed on the end as an afterthought because, in the UK, they had to be.  In the US, Quaker Oats were merrily embedding their brand into radio content 80 years prior.  Now advertising does not always have to be interruptive, why do we make it so?

Secondly, why the obsession with competitions?  Yes, advertisers now in all media are seeing the benefits of ‘giving value’ rather than just shouting at listeners, but value can manifest itself in different ways.  Entertaining content is also value.  As I often say, ‘Our Tune’ on Radio 1 was clearly not sponsored, but it could easily have been.  Similarly, comedy is content, and clients can take the credit.  At Orion, in my day job, we’ve embedded clients into World record attempts.

Hail Debbie Douglas on WRLD; and a contemporary live ad.


One of the skills increasingly required of a radio presenter is the ability to deliver commercial material to an engaging and entertaining standard.  Make that client brand live.

Radio enjoys an incomparable relationship with its audience. When listeners write to a presenter, they write as if to a friend.  When we sell deep brand integration, we are, in a sense, allowing the client to borrow that friendship.  We are all sufficiently proud of our radio brands, though, to make sure not any Tom, Dick or Harry is allowed in. 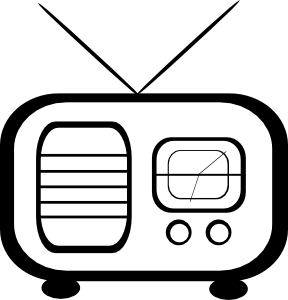 So, having taken great care with the nature of the commercial marriage, why do some presenters deem it big and clever to sound as though anything commercial they deliver smells of dog dirt?  You’ve heard these characters on-air, I am sure. They shift after a pause and the rustle of paper from enthusiastic dialogue to sounding as if they are extremely bored with what they are reading badly.  In their crazy mind, the presenter thinks this sends a signal to their audience that the commercial material was not their idea, and their listener will accordingly forgive them, with a knowing smile.  What really happens is the listener just gets bored and likely switches off.

These presenters are also likely those who trumpet prizes less than enthusiastically, just because they are not a million pounds.  If they really knew their audiences, they'd understand that, on the contrary, Michelle Miggins from Mablethorpe is really quite chuffed to have won £25 in a sponsored competition with which to treat herself. What she does not think is: "oh, it's S & P, I don't like it".

In America, they’re used to this stuff.  They’ve been doing it for years; and seasoned air talent can waltz from programme to sell; and back again.  And they do it well.  Many presenters depend on commercial income rather than show fees to keep their lives running; and on the smaller stations, the breakfast guy locks up after himself, prints off a few ratecards and goes selling in the afternoon.


Goodness. Did ads really used to sound like this in the 30s?


A few years ago, I hosted a most enjoyable Sunday programme on Smooth in the East Midlands. 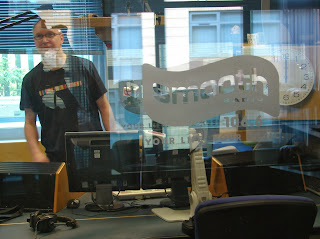 That jolly show had a new sponsor, and I duly did my best to breathe life into the partnership.  Then an email arrived.  It transpired the sponsor was an old school friend.  He explained he’d put every penny he had in his new business venture; and second mortgaged his home to invest in marketing.  The second time I credited the sponsor, I pronounced it in neon lights as though my life depended on it.  His did.  Great brand integration should sound, after the regulatory nod, as though you are recommending something to a friend.

Similarly, it’s great to hear people like Foxy & Giuliano relate an incidental anecdote about a visit to the sponsors of their ‘Thousand Pound Minute' on Free Radio in Birmingham.  It’s a great story.  It's entertainment.  Sam & Amy bicker naturally with a client theme as they recap a commercial message on the giant Gem 106.  Jo & Sparky on Free Radio reach out and personally make it their business to know about their sponsor’s business.  And David Francis on Free Radio in Worcester delivers a sponsor mention as if it’s a piece of news he’s just reminding me about.  It’s a skill. And how much more powerful when the presenter delivers it, rather than yet another disembodied voice.

Foxy on Free Radio credits a sponsor with believability


And, the best brand integration, where the brand fit is like hand into glove, can be echoed and embraced off-air with ease and with power. A client brand becomes the radio station's friend. Witness Absolute and Wickes.

"Please, Sir. I want some more".  Should Oliver ask OFCOM for further titbits?  Maybe it’s just me that finds the distinction between ad breaks and commercial elements of programming a tad pointless and tough to implement usefully, give both have commercial paymasters.  I suspect that rule will rightly erode next time around, and I hope we are soon given an opportunity to say just that.

At the last liberalisation, admittedly at the eleventh hour, the radio industry took a sharp intake of breath and asked the regulator if news might be sponsored.  ‘No’ came the predictable reply, as it might ‘compromise content’.  I get that point, and frankly I’ve yet to make my mind up on this issue.  It’s how British listeners might perceive it, as much as the reality.


Savour this! A 1944 US sponsored news bulletin.


I would suggest to the regulator, though, that if it feels that news sits currently in a palm tree-lined oasis, insulated from any commercial concerns or risk of compromise, it is wrong.  Sales execs and clients get very anxious if an adverse story regarding the advertiser risks appearing in a news bulletin.  They make their views known very bluntly.  I have, however, yet to work at any radio station which has given way to such pressure in its news coverage.  Ever.  Both enthusiastic exec and client are reminded very politely, by programme and commercial management alike, that whilst we sympathise, and will take every step to ensure that all sides of the story are heard, the editorial agenda will not be adjusted.

The point I’d like to make is that we can be surprisingly grown up in areas like that. Because we care too.  As do our listeners.

But political advertising? Hey, why not.